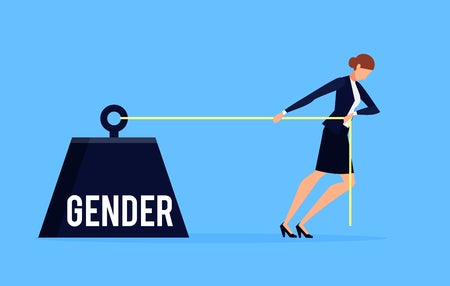 The proverbial glass ceiling continues to pervade the lives of many women the world over, with men still earning almost a quarter more than their female counterparts, or women just earning 77 percent of what men earn. And while efforts are underway to cinch this divide, the United Nations Population report last year stated that it would take more than 70 years before the gender pay gap will be closed.

The gender pay gap is a plight that affects millions of women, but it isn’t the first form of discrimination women face in the work place. In fact, women — specifically high-achieving women —are already discriminated in as early as job applications and hiring — long before they even get their foot in the organization’s door.

“Women earn better grades than men across levels of education — but to what end?” wrote the study. “Although GPA matters little for men, women benefit from modern achievement but not high achievement.”

While employers value competence and commitment among men applicants, the opposite seems to be the case for women who are valued instead for their likability. “This standard helps moderate-achieving women who are often described as sociable and outgoing, but hurts high-achieving women whose personalities are viewed with more skepticism.”

Young girls are taught to be tough and to rise up to the challenge, while modern women are encouraged to be ambitious and have high-flying professional careers — but it’s more than just a matter of working hard and with integrity. When a woman’s achievements and merits are the very same things that invoke gendered stereotypes against her, then a woman’s “hard work,” as the findings imply, may just never be enough. JB