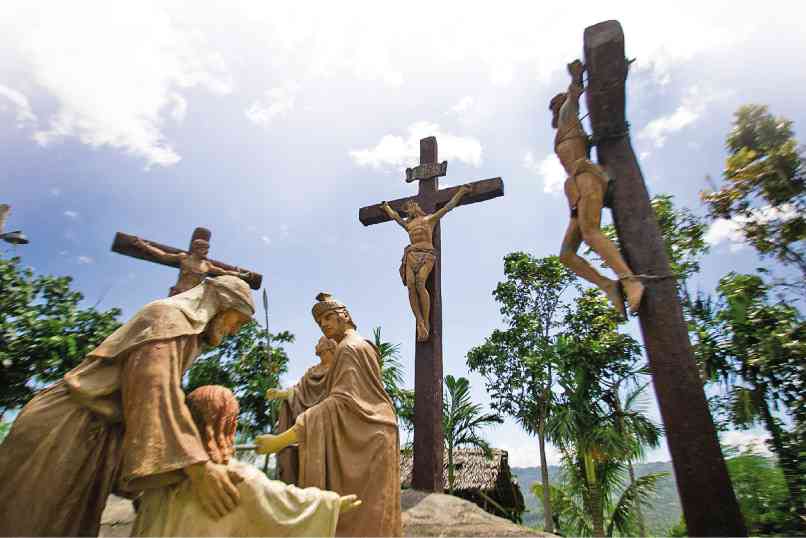 On Good Friday, March 30, 2018, Filipino Catholics will recall the Crucifixion of Jesus Christ and hear again His final words during the Siete Palabras. INQUIRER FILE

Some people say that “God gives the hardest battles to his toughest soldiers.” It is a test of faith, of devotion and what this “soldier” went through is not just simple battles.

Job (not his real name), who started serving God since he was in high school as a sacristan, was recently tested by his own ruler. According to him, the first problem came when Jesus appeared in his dream.

For someone who had worked in the church for almost 20 years, Job said that he really did not believe when people say these things about battles and challenges. For him, people who see God in their dreams were delusional. However, when that instance happened to him first hand, he started to become a believer.

Luckily, he found her. However, another encounter he did not expect was about to unfold.

According to Job, his wife was staying with her family in Tondo. He pleaded her to come back, but his wife’s family was shouting invectives at him for unknown reason. Silently, he went away before tears completely fell from his eyes.

It was only then he remembered the words of Jesus in his dream. “Kaya pala sabi sakin ni Jesus, magpakatatag ka.”

While still in the middle of the problem concerning his family, another problem arose. Job said that a case was filed against him in coonection with his work that he begged not to elaborate further given that the case is still pending in court.

That was the time when the problems started to really ruin his life. Job said that his body deteriorated, given the number of sleepless nights, one pack of cigarettes consumed in a night, and countless number of bottles of beer consumed.

Every night, before going to sleep, he always asked God to just take his life since he could no longer handle the problems. The thought of committing suicide also entered his mind but he managed not to inflict self-harm having been raised with the values embodied to him by religion since he was a child.

He also reached the point of questioning His existence despite serving the church of God for years. He said that he went to Batangas to release the pain and ask God why such things happen to him.

It was also that midnight when he sat in the middle of a highway as he waited for a truck to hit him. Job said that it took him one hour already to wait but not a single truck passed by. He said he was not with his daughter when he went by the sea and was only with some bottles of alcohol and a number of cigarettes.

Due to the need to urinate, Job said he stood up and tried to search for a toilet. It was only that moment when a speeding truck passed by. Irritated by what happened, he further tried to chase death.

He also said that he experienced deafening silence during hard times.

Job added that he also thought to hire someone to kill his wife. However, minute before the killing happened, he touched the crucifix beside his bed and immediately called the hitman to abandon the plan.

According to Job, the turning point in his life was when his daughter talked to him and realized that he still have someone in his life.

Apart from his daughter, praying to God was among the main reasons how he managed to get back to life.

Despite the problems that happened in Job’s life in the past year, he said that he is proud to say that his daughter was able to graduate in college, was able to buy a house and lot, and still manages to eat three times a day.

He then advised the youth who are undergoing certain problems in their lives to believe in the power of prayers. Further, it is not the number of times of fall that matters, it’s how many times you get back on your feet.

(Editor’s note: Due to sensitivity of several circumstances in the story, the real name of the subject has been changed, but the facts of his narration remain.)