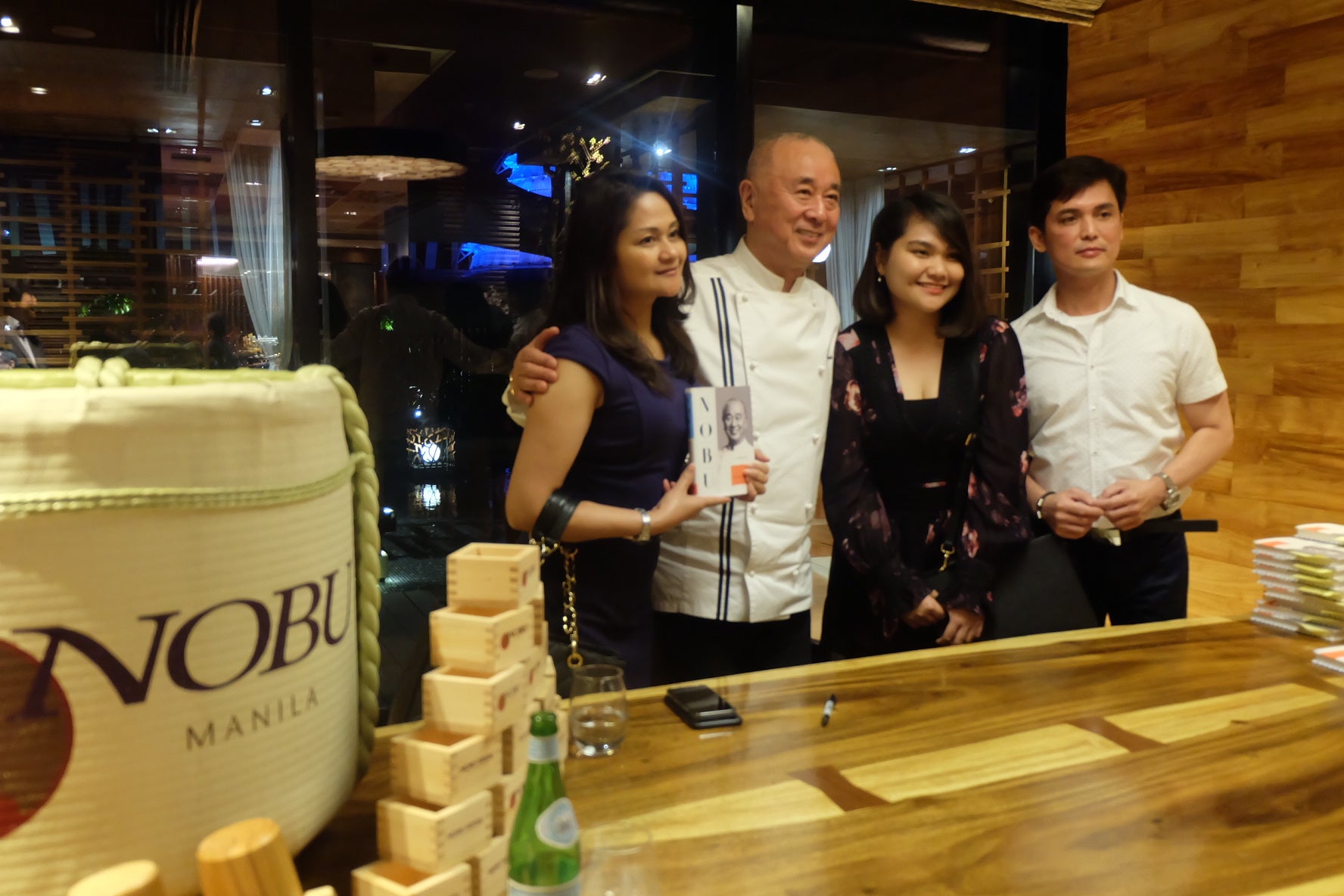 “I like to introduce Nobu’s food to all Filipinos, healthy food,” he said.

The one-night event, which is the final stop of Chef Nobu’s tour, was held at Nobu Manila at City of Dreams on March 31. Chef Nobu, along with Nobu Manila’s head chef Michael de Jesus and head sushi chef Kirika Oi and their teams, showcased food Nobu has become known for: that delicious fusion of Japanese and Peruvian flavors.

For P10,000, guests got their fill of Nobu favorites along with some surprises. There was a teppan carving station, a robatayaki station, a sushi bar and a dessert station that diners flocked to while waiters passed around canapés.

“I drank too much, I ate way too much and I’ll be back again,” one guest said, shaking Chef Nobu’s hand.

Watch out for the full story (and more moments with Chef Nobu) in Inquirer Lifestyle soon.