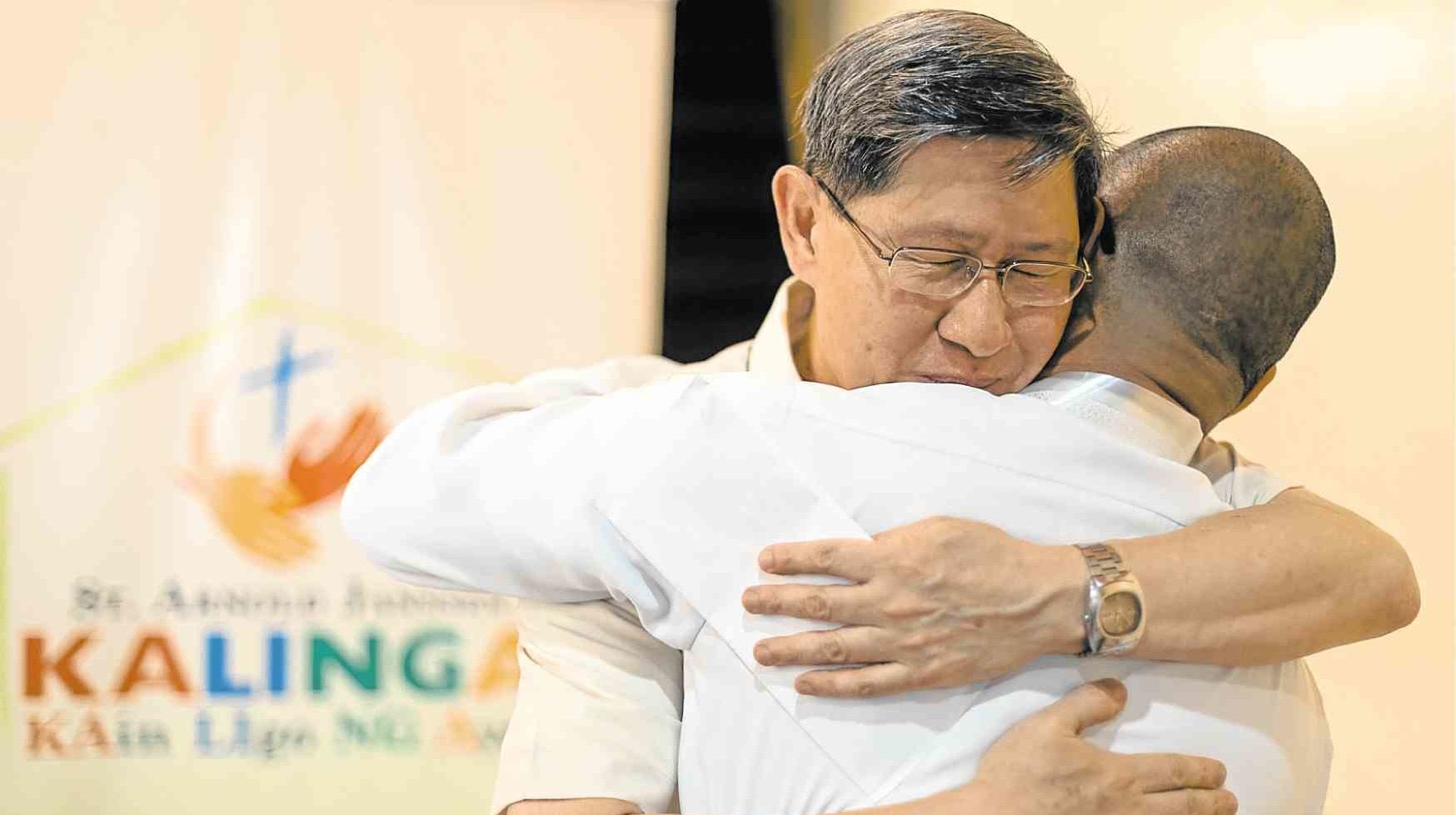 The center provides bath and everyday services to the poor. It also ministers to people suffering from depression, sexual abuse and drug addiction.

During the anniversary celebration, people who have availed themselves of Kalinga services thanked the ministry of the Society of the Divine Word missionaries for their rehabilitation.

Some of those reformed from drug abuse said they now try to help in the Kalinga ministry. Many of them said they had found real jobs after rehab.

Even those who availed themselves of the bath-and-grooming facilities of the center said they gained self-esteem that enabled them to apply for and get jobs.

Established on the initiative of Fr. Flavie Villanueva, SVD, the Kalinga center is named after the founder of the Society of the Divine Word, St. Arnold Janssen.

Father Villanueva said the center was a response to Pope Francis’ call for “mercy and compassion” toward the poor and needy.

In his remarks, Cardinal Tagle said Kalinga was a positive approach to the drug problem.

“The human spirit is stronger than drugs,” the Manila archbishop said. “There is no hopeless case. Proper guidance to these lost souls can give them strength to change for the better when they feel the love of others.”

Cardinal Tagle added that Kalinga should underscore that full rehabilitation could only come in a familial atmosphere.

“Others have beautiful homes, but have miserable families. That’s not a home,” he said. “Family is your home. Sama-sama sa hirap at ginahawa, haligi ang bawat isa.”

Referring to his leadership of Caritas International, a post he had been assigned to by Pope Francis, Cardinal Tagle said Kalinga is part of the worldwide movement to care for refugees, those fleeing either from geopolitical violence or the violence of poverty.

He said Caritas International mainly functions in war-torn countries in the Middle East by giving refugees of war temporary shelters, “but most importantly (providing them) the community that gives them hope and love.”

“Even in small little ways, Kalinga is a part of a great circulation of love and caring,” Tagle added.

Father Villanueva said Kalinga Center is accepting donations, whether monetary or in the form of food, money, clothing or volunteerism
Volunteers help in the Alternative Learning System of the center that gives basic read-and-write instruction to poor children. –CONTRIBUTED