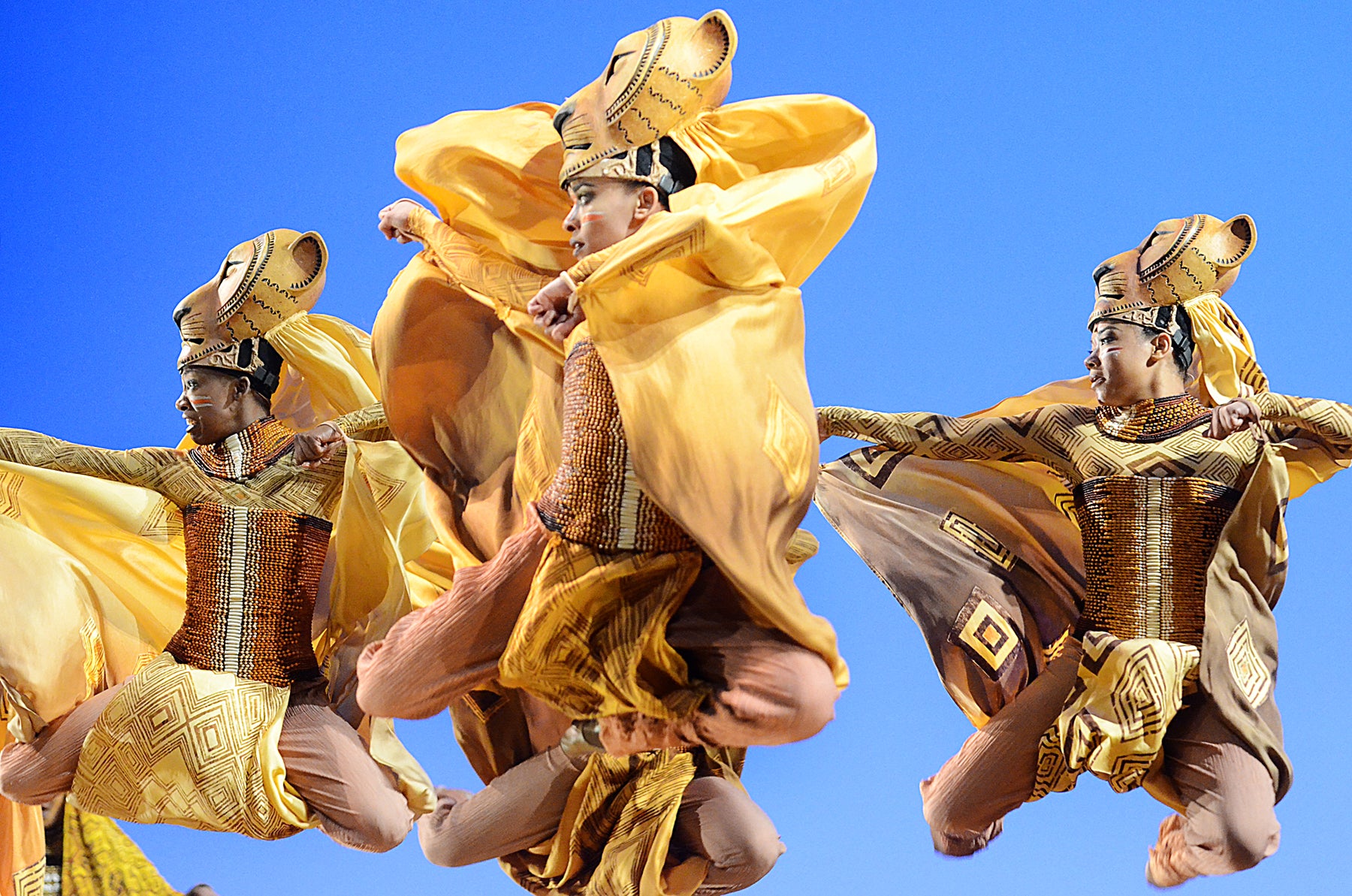 A scene from “The Lioness Hunt. PHOTOS BY DEXTER MATILLA

This was how associate director Anthony Lyn described  “The Lion King” a day before the production’s Manila gala night. A six-time Tony Awards winner (1998), “The Lion King” has had 24 global productions since its premiere on Nov. 13, 1997. It is now playing for the first time in the Philippines.

Manila is just the starting point—it heads to Singapore, South Korea and Taiwan soon after—but that it is here where the international tour originates is not lost on both Lyn and producer Michael Cassel, who described the Philippines as being part of the production’s “DNA moving forward.”

“‘The Lion King’ is all about family, and for the three months we’ve been here rehearsing. This group of people very much have come together and already feel like family and it’s really been helped by the fact that everybody here in Manila has welcomed us with open arms,” Lyn said. “You really are the loveliest people and thank you so much for that.”

Lyn talked about the production and how essential director Julie Taymor’s vision was in reimagining “The Lion King” for theater. He recalled something Disney Theatrical Group president and producer Thomas Schumacher had said during the earlier stages of the production: “in order to make something work, what you really need is a good idea.”

It turns out that his good idea was Taymor, who, when initially approached by Schumacher had never seen the animated classic.

Upon watching “The Lion King,” Taymor was struck by the movie’s humanity and soon after, she heard the “Rhythm of the Pride Lands,” an audio CD released by Walt Disney Records. From these elements, Taymor began to have a deeper understanding of how to adapt “The Lion King” into a musical production.

“The Lion King,” Taymor reportedly said, is a work of art as an animated feature and that theater can’t do what film or animation does. So how could they represent the animals on stage?

Thus they set out to do what theater could do that the other medium couldn’t.

Instead of trying to hide anything about the theatricality and the devices, Taymor said that it should be celebrated and shown in full.

“Julie had this concept of what we call the ‘dual event,’” Lyn continued. “She thought that the best manner to represent the animals would be to have the human beings operating (them) seen the entire time.”

As such, the puppetry and the masks are the most praised aspects of the production, winning for Taymor a Tony Award for Best Costume Design.

Now, Manila finally gets the chance to experience and enjoy the grandeur of “The Lion King” at The Theatre at Solaire until May 20. The global cast features 18 nationalities with six young actors coming from the Philippines: Julien Joshua Dolor Jr., Gabriel Tongson and Omar Sharief Uddin share the role of Young Simba, while Sheena Kirsten Bentoy, Uma Naomi Martin and Felicity Kyle Napuli take turns playing the role of Young Nala.

They share the stage with “The Lion King” principal cast that include Ntsepa Pitjeng as Rafiki, Mthokozisi Emkay Khanyile as Mufasa, Antony Lawrence as Scar, Andre Jewson as Zazu, Jamie McGregor as Timon, Pierre van Heerden as Pumbaa, Calvyn Grandling as Simba, Noxolo Dlamini as Nala, Candida Mosoma as Shenzi, Bjorn Blignaut as Banzai and Mark Tatham as Ed. —CONTRIBUTED

“The Lion King” is presented by Michael Cassel Group and Concertus Manila in association with Disney Theatrical Productions. The production’s copresenting sponsors in Manila are Globe and Visa.

Due to public demand, “The Lion King” has been extended two more weeks and will run now until May 20.