Man fakes poverty to get son a slot at school in India | Lifestyle.INQ ❮ ❯ 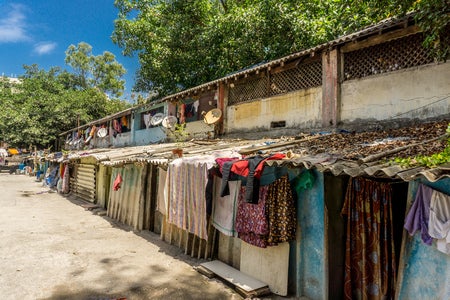 A father from New Delhi, India forged his income documents so his eldest son could get admission in the Sanskriti School in Chanakyapuri under the “economically weaker sections.”

The co-ed Sanskriti School is known as one of the best schools in India.

The year was 2013 when Gaurav Goel wrote Sanjay Camp, a slum near Chanakyapuri, as his address in his documents, as reported by the Times of India last April 8. He also lowered his annual income to Rs 67,000 (about P53,000) and told the school that he worked in an MRI center.

In reality, Goel owns an MRI lab and has a business of selling grain, from where he earned hefty amounts of money. He has also traveled to over 20 countries. His deception was first discovered just this year when he began pushing for the admission of his second child under the sibling quota, and it was during this time when school officials started to become skeptical.

According to a police officer, school authorities became suspicious when Goel told them they can now shift his eldest son from the economically weaker section to the general section, because their livelihood had gotten better. Their suspicions were even more solidified when Goel mentioned an apartment in Safdarjung Enclave as his residence.

Meanwhile, government departments and staff are being investigated as the police think they may have enabled Goel’s forgery of documents.

At this point, the police have been informed by school authorities that Goel’s child has been removed from the school. Cody Cepeda/JB

President off to Delhi for India-Asean summit