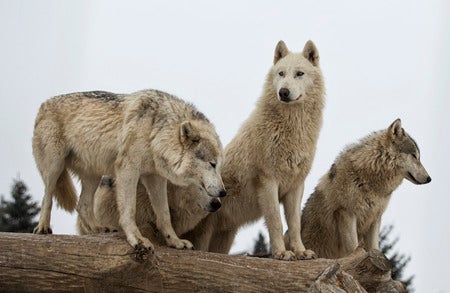 Marcos Rodríguez Pantoja was 19 years old when the Civil Guard of Spain discovered him living among wolves, according to Spanish newspaper El País last March 29.

Pantoja was a real life Mowgli, a feral child who slept in caves among deers, snakes and bats, and whose taste of a mother’s love came from a she-wolf who took him in and raised him among her pack of wolf cubs.

He was born in Anõra in the Cordoba province in 1946. His mother died early, and his father left him to live with another woman from Fuencaliente. He was taken care of by an old goatherd in the mountains, who taught him how to use fire and create utensils. But the man suddenly died or disappeared — nobody knows — thus leaving Pantoja completely alone when he was just seven.

Today, Pantoja is 79 years old. It had been decades since he left his life with the wolves and assimilated himself to a life among humans. Yet despite all these years, Pantoja still finds human life disappointing. After his capture, his world changed and he never fully recovered, experiencing abuse in the hands of his bosses in the hospitality and construction industries where he worked.

He had never really reintegrated to human society, and although he tried to return to the mountains, he said “it is not what it used to be,” as the wolves no longer consider him a brother.

“You can tell that they are right there, you hear them panting, it gives you goosebumps…” Pantoja told El País. “But it’s not that easy to see them. There are wolves and if I call out to them they are going to respond, but they are not going to approach me.”

Today, the old cave where he spent his childhood had been occupied by cottages and big electric gates. But despite his difficult life, Pantoja gets to talk about his love for animals and the environment in various schools, thanks to the help of Xosé Santos, a forest officer.

“It’s amazing how he enthralls the children with his life experience,” Santos was quoted as saying. “Children, after all, are the humans whom [Pantoja] feels most comfortable with.” Cody Cepeda/JB