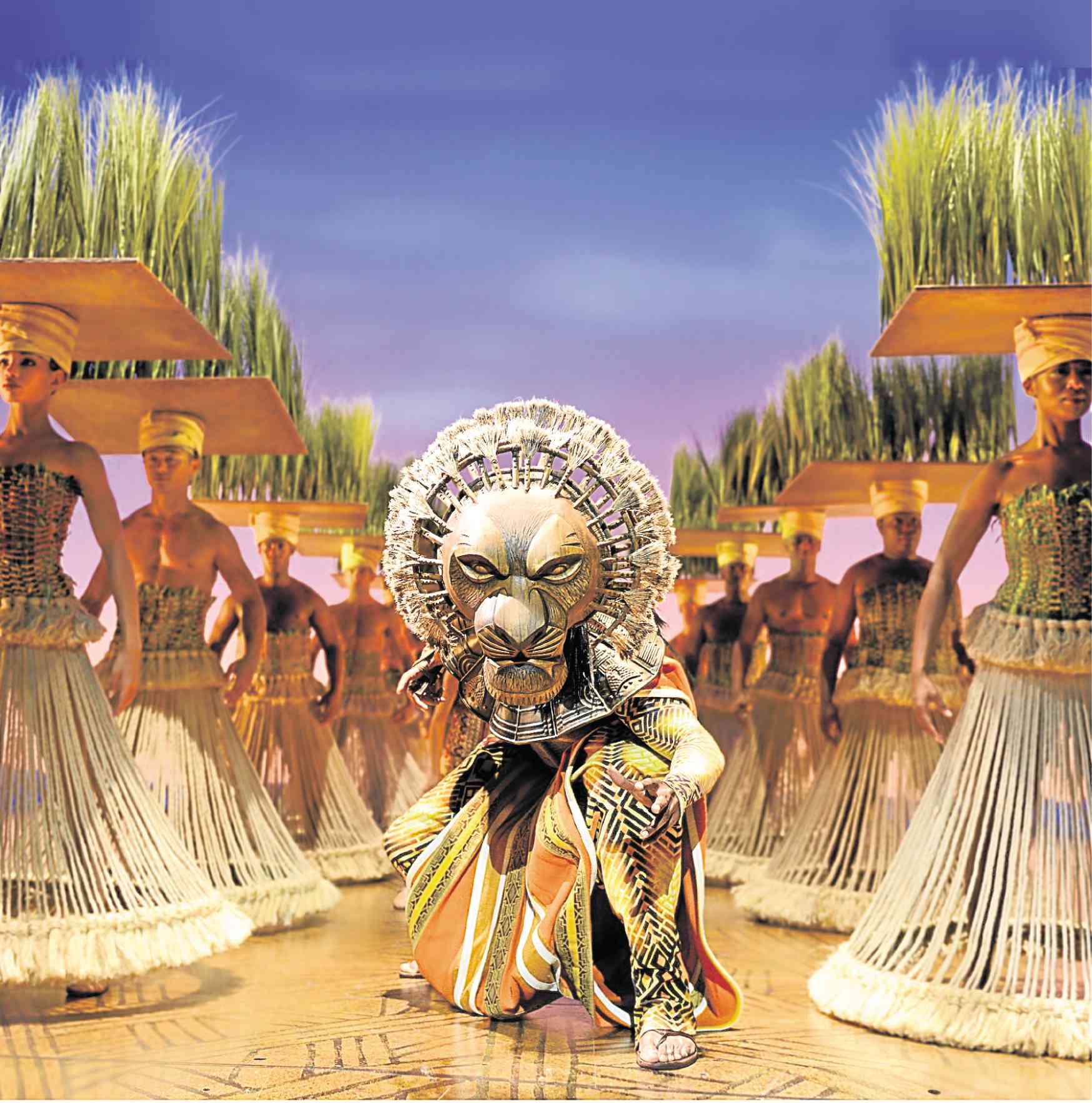 Mufasa rules them all

All hail The Lion King

When Lebo M., now known as “the voice and spirit of ‘The Lion King,’” began working on the 1994 Disney animation “The Lion King” over two decades ago, he didn’t know it was going to be such a phenomenon. “I wish had. I don’t think any of us had a sense of what the film was going to do or be,” he said.

Three years after the film came out in cinemas, the Broadway adaptation hit the stage and since then, the show, which has spawned multiple productions and raked in awards including six Tonys, has been seen by more than 90 million people.

“What is it about ‘The Lion King?’ It’s perhaps the hardest question to answer. If we knew, we would have done it again. Its success is just unprecedented,” said Felipe Gamba, director of International Strategy for Disney Theatrical Group. “I think it’s that energy of Africa that speaks to us all regardless of what continent we’re on. When you hear that chanting at the top of ‘Circle of Life,’ no matter where you’re from, how old you are, where you grew up, you just get deeply moved.”

“The Lion King” kicks off its first international tour in the Philippines. Manila isn’t just a stop on the tour—they built the costumes and rehearsed the show here. “The Philippines is in the DNA of this show,” said producer Michael Cassel.

And, said associate director Anthony Lyn, it’s just as good as what you’d see on Broadway or the West End. “It holds its head up high with any production anywhere around the world. Absolutely. People will see a really world-class first-rate production of ‘The Lion King.’”

There’s something you’d notice after talking to enough people about “The Lion King.” Their eyes light up and sparkle—it doesn’t matter if they’re part of the production or just people who’ve watched the show.

Associate choreographer Marey Griffith believes that the secret behind “The Lion King’s” lasting appeal is the story. “It’s the story of the human spirit. The prodigal son going out and leaving and finding his way back. It’s about family and community, good and evil, our sorrows and heartbreaks and our joys and our celebrations. It’s the story of humankind. That’s what makes it so powerful. It doesn’t exclude anyone. It’s a story of diversity, of all of us.”

“It’s the heartbeat of the world. It’s almost like taking the Bible and all of those great books that gives us life and meaning and putting that in a script. It talks about love, humanity, forgiveness, peace, struggle… And we need it so much in this world now. We need to tell this story. It’s a great story,” said Calvyn Grandling who plays Simba.

“You can read the story on paper and cry. It’s that beautiful, it’s that moving. Wherever you slice this production, you get a full experience of sound, of theater, of music, of emotion, of storytelling, of colors and design. Everything is just amazing,” said Mthokozisi Emkay Khanyile who plays Mufasa.

The show promises a unique experience whether you’ve seen a million musicals or none. “It’s like something you’ve never seen before. This production is the best of the world. Nineteen different countries have come together to put this show on,” said Antony Lawrence, who plays Scar. “I truly believe when you watch ‘Circle of Life,’ which, in my opinion, is the greatest musical theater opening of all time, you could watch that 10 times and you’ll see 10 different things every single time. There’s just so much going on.”

“It’s really drawn on so many cultures and created one magnificent show. From wherever you are in the world or wherever you watch it in the world, you can go, ‘We’re represented,’ you know,” said Noxolo Dlamini who plays Nala.

“In terms of artistry, story, theatricality, there is nothing else like it. I think Filipinos will embrace the show, embrace the story and will have this experience the show for the rest of their lives. Until you actually come and see the show, it’s hard to understand the impact it will have on you,” said Michael.

Filipinos have been embracing it. Night after night, performances are met with a standing ovation.

“It’s so good,” Concertus Manila’s Tana Verzo told us. Tana, who watched “Wicked” 11 times during its run in Manila in 2014, plans to beat her record with “The Lion King.” “I’m going to try to watch it as much as I can,” she said. She’s seen the show in Manila five times now.

“It’s beautiful, working in such a diverse company. There’s never a dull moment. I could come into work and I will have a Japanese colleague of mine saying good morning in my language. You jump out of your skin,” said Calvyn.

We got to experience a bit of that when, as he was leaving, Chachano Báez, a swing on the show, said, “Kita kits!”

We would see them again the next night at the gala.

We headed back to The Theatre at Solaire with a mixture of excitement and nervousness.

Amazing, unique, mind-blowing, life-changing. How can a show live up to all these superlatives? We didn’t want to be disappointed.

And we weren’t. All our worries melted away as “Circle of Life” began and the animals paraded in. We went through all the stages of watching a production of “The Lion King”: awe, wonder, goosebumps, tears. We experienced them all.

The show exceeded our expectations. It has so much heart. It was incredible, beautiful, a real experience. And, like everyone said, we were deeply moved. We woke up the next day still hearing the music and feeling the need to see it again.