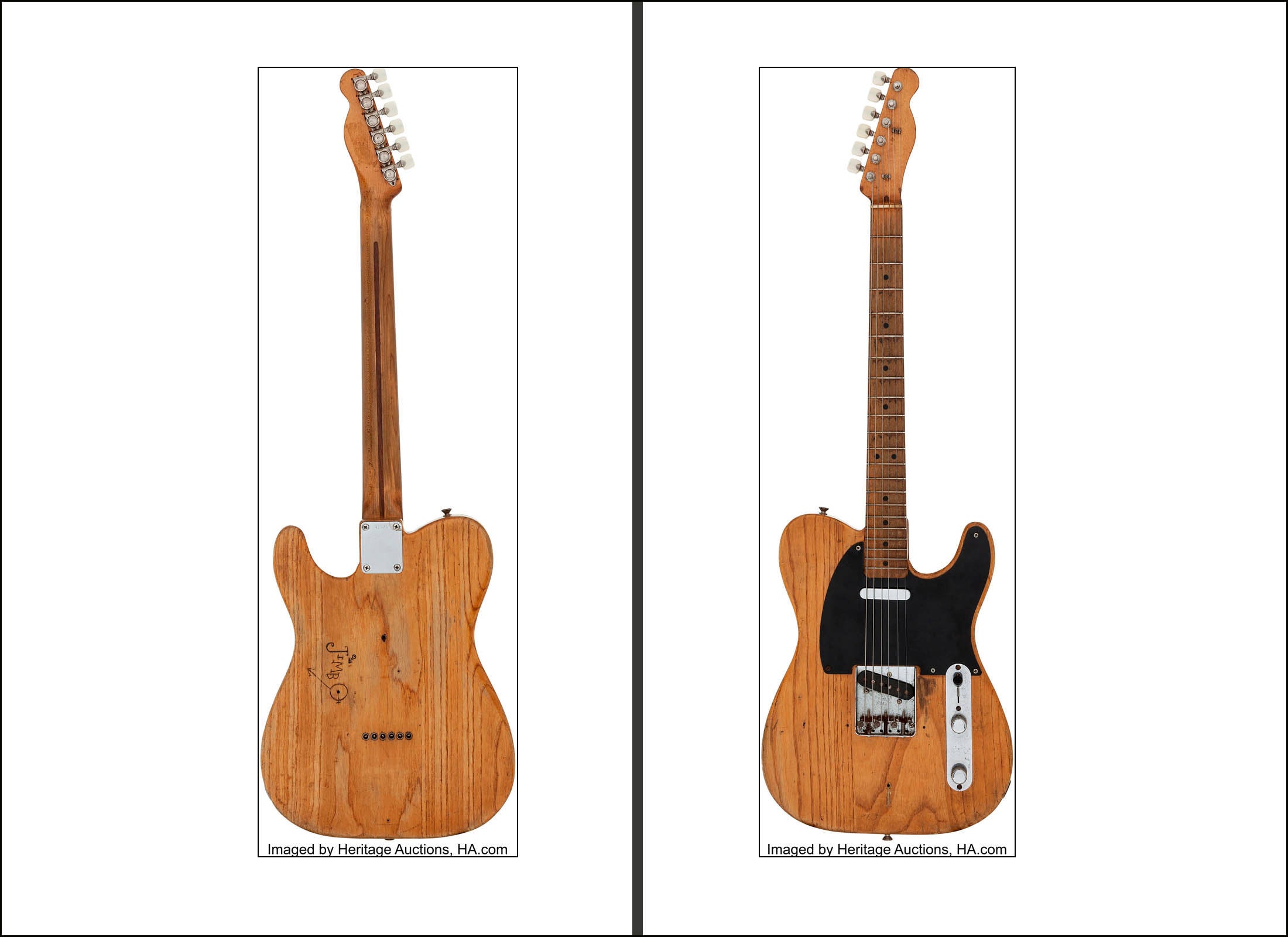 This undated file photo provided by Heritage Auctions shows an electric guitar that blues legend Stevie Ray Vaughan was given as a youth by his brother. The guitar, which Vaughan used in his first studio recording and early performances, has fetched $250,000 at auction, on Sunday, April 15, 2018, in his hometown of Dallas. Image: Heritage Auctions/Emily Clemens via AP

DALLAS (AP) — The electric guitar that blues legend Stevie Ray Vaughan used in his first studio recording and early performances has fetched $250,000 at auction in his hometown of Dallas.

It was a gift from his brother Jimmie Vaughan in the late 1960s. “Jimbo” is carved on the back.

Hopkins says Stevie Ray Vaughan, who traded the guitar away in 1971, mentioned in a 1989 interview how much he’d like to have it back.