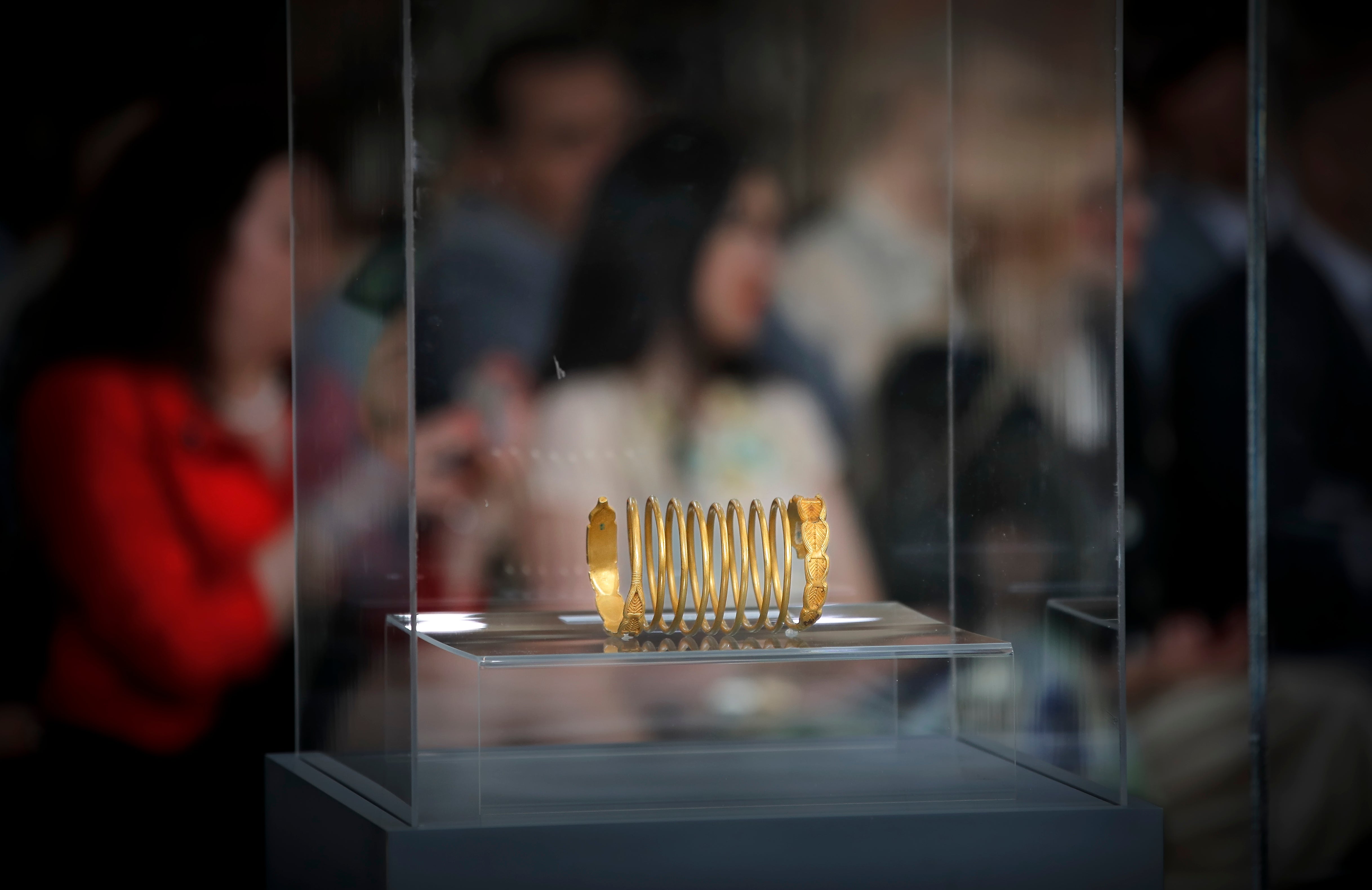 An ancient Dacian gold bracelet is displayed during a press conference at the national history museum in Bucharest, Romania, Thursday, April 19, 2018. A treasure trove of coins and bracelets from the 1st century that were stolen from archeological sites in western Romania and illegally smuggled out of the country has been put on display after being recovered in Austria during a cross-border investigation. Image: AP Photo/Vadim Ghirda

BUCHAREST, Romania (AP) — Coins and bracelets from the 1st century that were looted from western Romania years ago and smuggled out of the country were put on display Thursday after a joint investigation with Austria brought them back home.

The treasure trove of gold and silver artifacts, stolen between 2000 and 2001, was presented at Romania’s National History Museum. The items were found in Austria in 2015 and returned following a cross-border investigation.

The artifacts — 473 coins and 18 bracelets — were taken from archaeological sites in the Orastie Mountains that had been inhabited by Dacians, who fought against the Romans in the early 2nd century.

General Prosecutor Augustin Lazar said 21 people have been convicted in the thefts.

Museum curator Ernest Oberlander-Tarnoveanu said it was “one of the finest recoveries of Dacian treasure in last 200 years” and called their return “a moment of joy, hope and … pride.”

He said the artifacts may have been an offering that a Dacian family made to the gods, which now was valued at “tens of millions of euros (dollars).”

Lazar urged Romanians to be vigilant in guarding their national heritage, and praised a local shepherd who called police after he saw someone entering an archaeological site with a metal detector.

He said intermediaries had taken the artifacts to auction houses and antique shops claiming “they are from my late grandparent’s collection.” CC