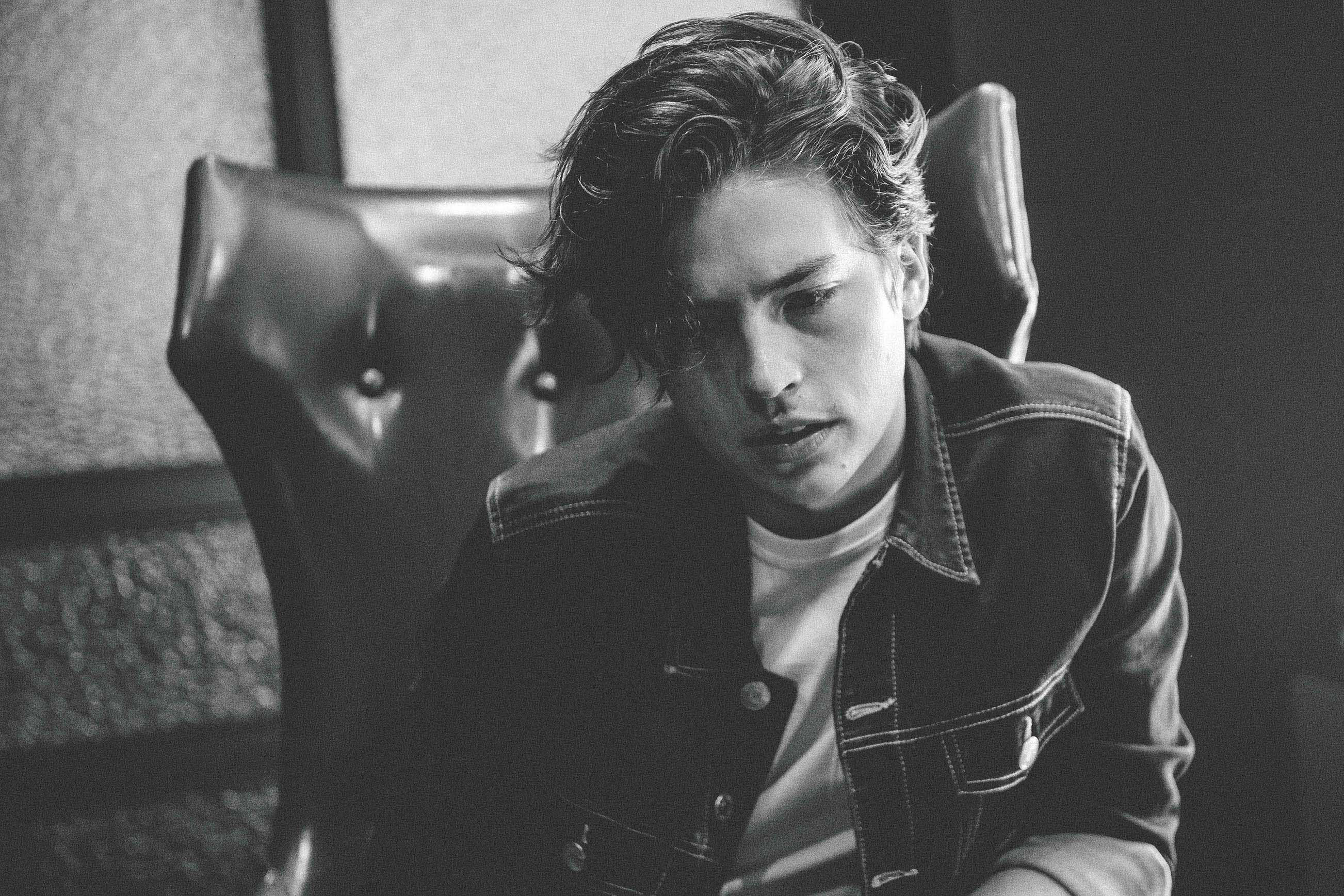 Cole tells To be You that he tried balut back in New York when he was a college student, and also had it once during his trip here in Manila. PHOTOS BY GLETTE-YZAK MURING

It’s about to get a whole lot hotter with Cole Sprouse, the latest international celebrity endorser of Filipino clothing and lifestyle brand Bench, touching down in Manila.

Putting aside his American accent, trademark luscious locks, and white tank top-and-jeans ensemble, you could easily mistake the young actor for a local. Braving the streets on the back of a jeepney, he toured the nation’s capital with an adventurous wonder that allowed him to immerse himself and discover the true spirit of the metro during his brief stay.

A former Disney actor who has take on different and challenging roles in the industry, Sprouse now plays the mysterious and cynical super sleuth Jughead Jones in “Riverdale,” The CW’s adaptation of the popular Archie Comics.

INQ TO BE YOU sat down with Sprouse, who revealed a number of juicy scoops.

If he weren’t acting, he would have been in graduate school and pursued photography

Sprouse took a brief break from the industry when he studied archaeology at New York University.

“Archaeology and photography were what I was doing just before I started ‘Riverdale,’” he says. “When I decided to come back to acting, that was sort of me throwing my caution to the wind and just stepping back into it.”

Sprouse shares how his grandfather, himself a geologist, played a part in how he ended up studying archaeology.

“I also had a fascination for the earth sciences and took up astronomy for a little bit,” he says.
Sprouse is fond of uploading his photography portfolio on his personal Instagram account. He also manages @camera_duels, a parody Instagram account filled with photos and videos of people who he catches taking photos of him.

He loves our local seafood

Cole tells INQ TO BE YOU that he tried balut back in New York when he was a college student, and also had it once during his trip in Manila. He stresses his fondness for our cuisine.

“I went to the seafood markets, which was great, honestly. I have eaten so many different dishes in such a small period of time. It’s hard to say which one is my favorite, because I’ve gluttonized myself tremendously,” he jokes.

Jughead Jones’ angsty, tongue-in-cheek persona is what he loves about portraying the role in the TV series “Riverdale”
The CW’s “Riverdale” is definitely a darker take on the classic Archie Comics; it features a lot of mature and controversial subject matter. The 25-year-old plays Jughead Jones, best friend of the comics’ main character, Archie Andrews. With contempt in his eyes, Sprouse is perfect for the role of the “loner from the wrong side of the tracks.”

“I think Jughead, like all the characters on the show, is sort of a tongue-in-cheek acknowledgment of a teen drama trope. It’s also very different from any other role I’ve played before. The ‘Riverdale’ producers allowed me to adapt the character that has 75 years of history, while simultaneously doing a new role for myself, being sort of tongue-in-cheek about it.”

His greatest unexplored hobby is basket-weaving and knitting
“Thankfully, I was raised in a position where any of those small, strange hobbies that I had when I was younger I was able to explore and have fun with,” Sprouse shares.

As an avid collector and connoisseur of antique masks, he was extremely flattered when the Bench team surprised him with a special one when he arrived in Manila.

“It kind of started more recently when I wanted to build a collection. Entertainment, theatrics and performance have such a rich history. Masks are used as props for storytelling.”

He’ll be starring in a film soon
Sprouse’s last film project was in 2010, when he lent his voice to the character of Brad Landry in the Mexican-American animated action comedy film, “Kung Fu Magoo.”

After an almost eight-year hiatus from the silver screen, he revealed that he is working on the romance drama “Five Feet Apart,” which is set to begin production next month. The film will be directed by Justin Baldoni, who stars in another series by The CW, “Jane The Virgin.”

“Production will start in May, it’s one of those things that the success of the show has given a bit more urgency with how I’m able to move around the industry now. It’s fun.”

Playing a character from eras past is his dream role
Throughout the course of his career, he has been blessed with a variety of TV and movie roles. In an effort to avoid typecasting, he feels a unique thrill and challenge to take on a plethora of characters.

He emphasizes the importance of experiencing life
Sprouse started in show business when he was only eight months old. He snagged roles as Julian in the 1999 film “Big Daddy,” appeared in the hit TV series “Friends,” “The Nightmare Room” and “That ‘70s Show,” and is best known for appearing opposite his twin brother Dylan in the iconic Disney channel series, “The Suite Life of Zack and Cody” and the spin-off “The Suite Life on Deck.”

But it was not until he took on undergraduate studies in New York that he truly began “living,” as this granted him the opportunity to “get involved in real, human experience,” which he confesses is the highlight of his life

“I think, at least for me, my approach to acting is very much based on empathy for human experience, and if you’ve not interacted with true human experience, you’re going to have a hard time pulling from a kind of range of emotions that is required. I am a firm proponent of taking time to travel, listen to stories and get involved. Sitting down at the bar and talking to the person next to you is the best training.”

Renaissance man
Having sat down with the international star, one can’t help but wonder whether or not Art imitates man and reality, or if man imitates art. In this case, it’s a two-way street. For all his love and fascination with masks, it seems as though Mr. Sprouse wears layers himself. A man of many interests, he takes his craft seriously, but behind that lies a quirky personality who’s just as lovable as the roles we’ve all come to know and love. There are levels to this.