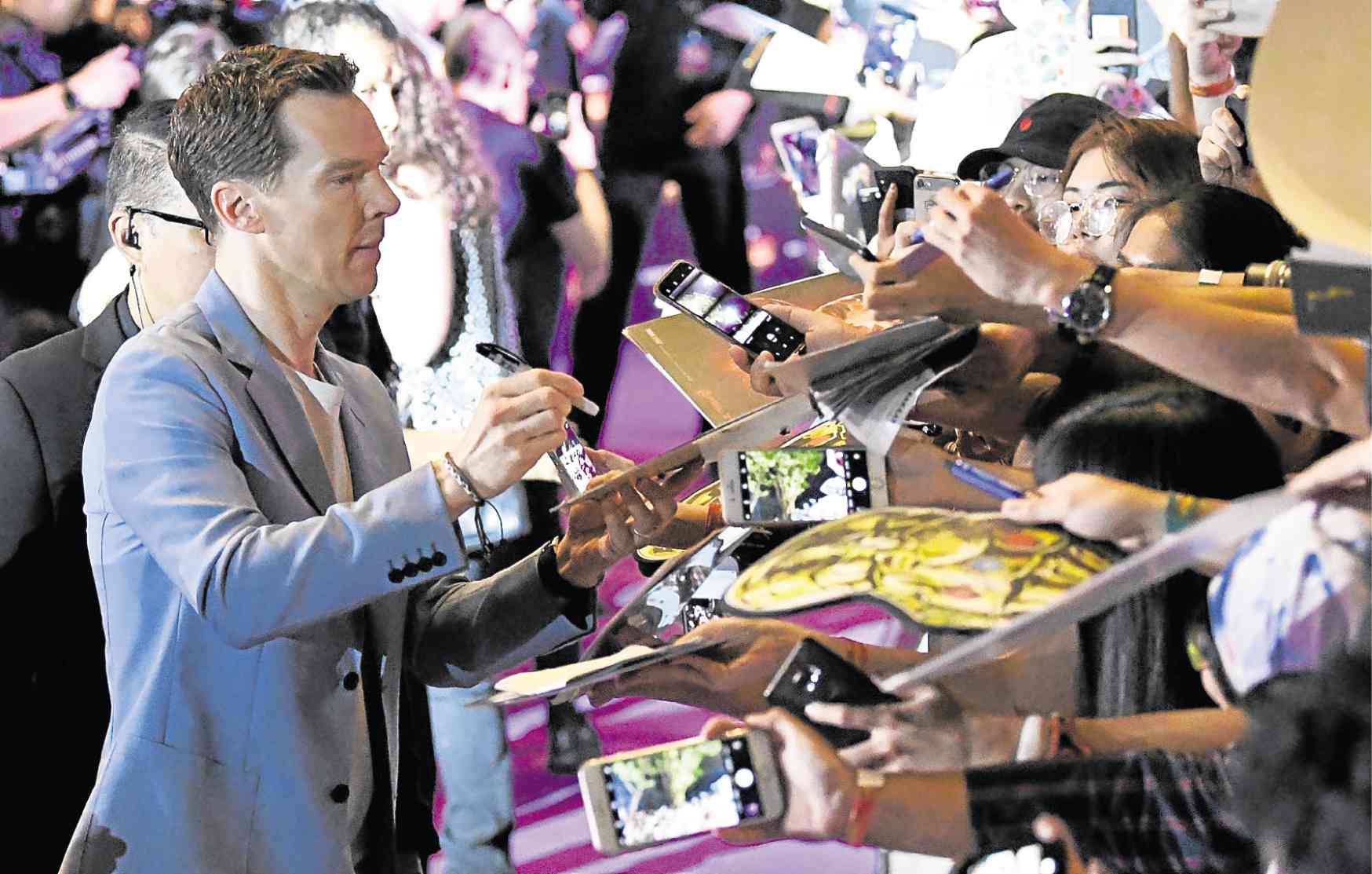 A lot of people thought Benedict Cumberbatch would make a perfect Doctor Strange. Cumberbatch remembers journalists vaguely telling him this. Then, like a magic trick, it became real.

“Even though I was late to the party I was enthralled by it just like you were. The real winning ticket for me was the humor,” he recalls. “This is a strange character by name and nature. Who would have ‘thunk’ it? The brain allows you to change your world by thought and accessing another reality. It’s a new direction for Marvel to go in. It’s weird and wonderful and I wanted to ground it by making him human and funny. It was a challenge. It had to be different because everything that had come before it had been good and when they presented the pitch to me, I was like, ‘how can I not?’”

The 41-year-old British actor was first seen in smaller parts in films like 2007’s “Atonement” but really became a star in the title role of BBC’s “Sherlock.” It doesn’t escape him that he is in Singapore together with another Sherlock in Robert Downey Jr. “I hope there are none,” he deadpans about the possibility of Sherlock jokes in this film. His enigmatic bearing and deep growl of a voice made him perfect to voice Smaug the Dragon in Peter Jackson’s “The Hobbit: The Desolation of Smaug.” Cumbercatch reached an even higher level of popularity when he signed up to play Marvel’s Sorcerer Supreme in 2016’s “Doctor Strange.”

That character plays a crucial part in “Avengers: Infinity War,” and Cumberbatch notes how far the character has gone. “He does some cool s__t,” Cumberbaych says. “We saw his progression from adolescent, materialistic, egotistical narcissist very much in the vein of Stark in the first film to standing in front of a window in full superhero regalia and realize with that great power comes great responsibility. I think you see more of that.”

It wasn’t easy joining such a powerhouse roster for “Infinity War.” “It feels a little intimidating when you step into a roster of iconic characters and iconic actors,” he admits. “You go about doing a day’s work and forgetting the numbers the 18-plus films and the 14 billion-plus dollars all the rest of it. All this machinery and all this success gets to the point when you’re on set with this extraordinary cast and crew, and you’re just free to get better and be free to enjoy and play.” He doesn’t miss the solo act, though, as he notes “Infinity War” provides Cumberbatch with a “different canvass” to work with.

He also understands how significant the film is for him personally. “It’s a big deal, this film. You don’t get to be in an Avengers film with nothing happening beforehand in your life. It may not have been 10 years, but there’s a lot of work to get to a place where people will want to hire you for something as extraordinary as this.” Despite the success of “Doctor Strange,” a sequel has not yet been officially announced, and Cumberbatch remains cagey about it.

But he is no way complaining. In many ways, Cumberbatch seems at times overwhelmed by where he is now. He recalls how he and Tom Holland almost became hysterical when they saw footage from “Infinity War” for the first time. Benedict Cumberbatch thinks these days are magical. “I’m not jaded, far from that. I’m frankly just blown away that I’m in just another bigger canvass to play with. I’m very happy with my lot.” –RUEL S. DE VERA 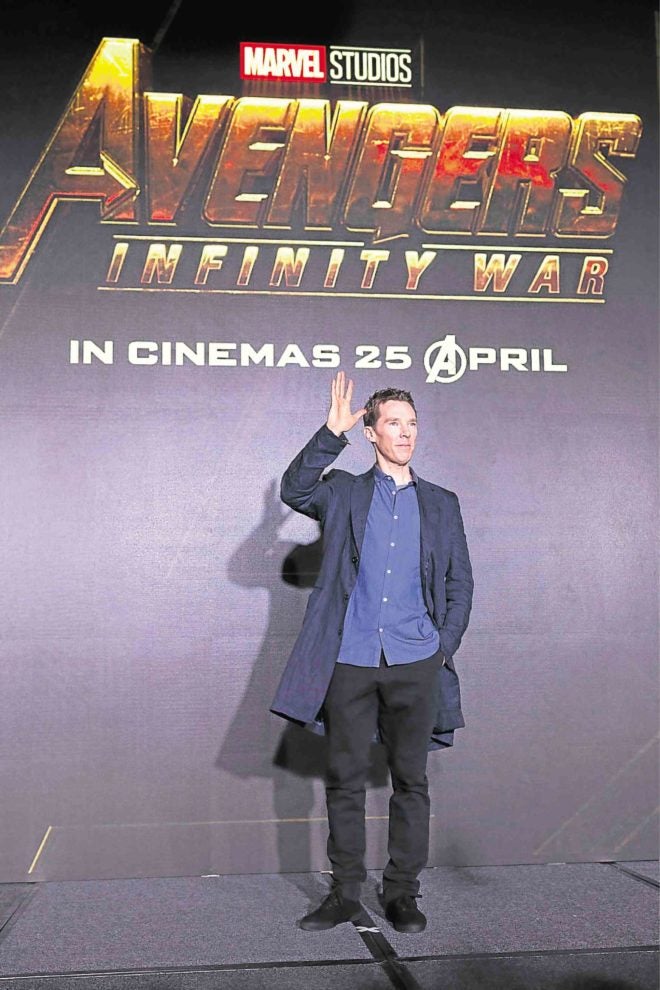