Save Boracay, sure—but who will save its people? | Lifestyle.INQ ❮ ❯ 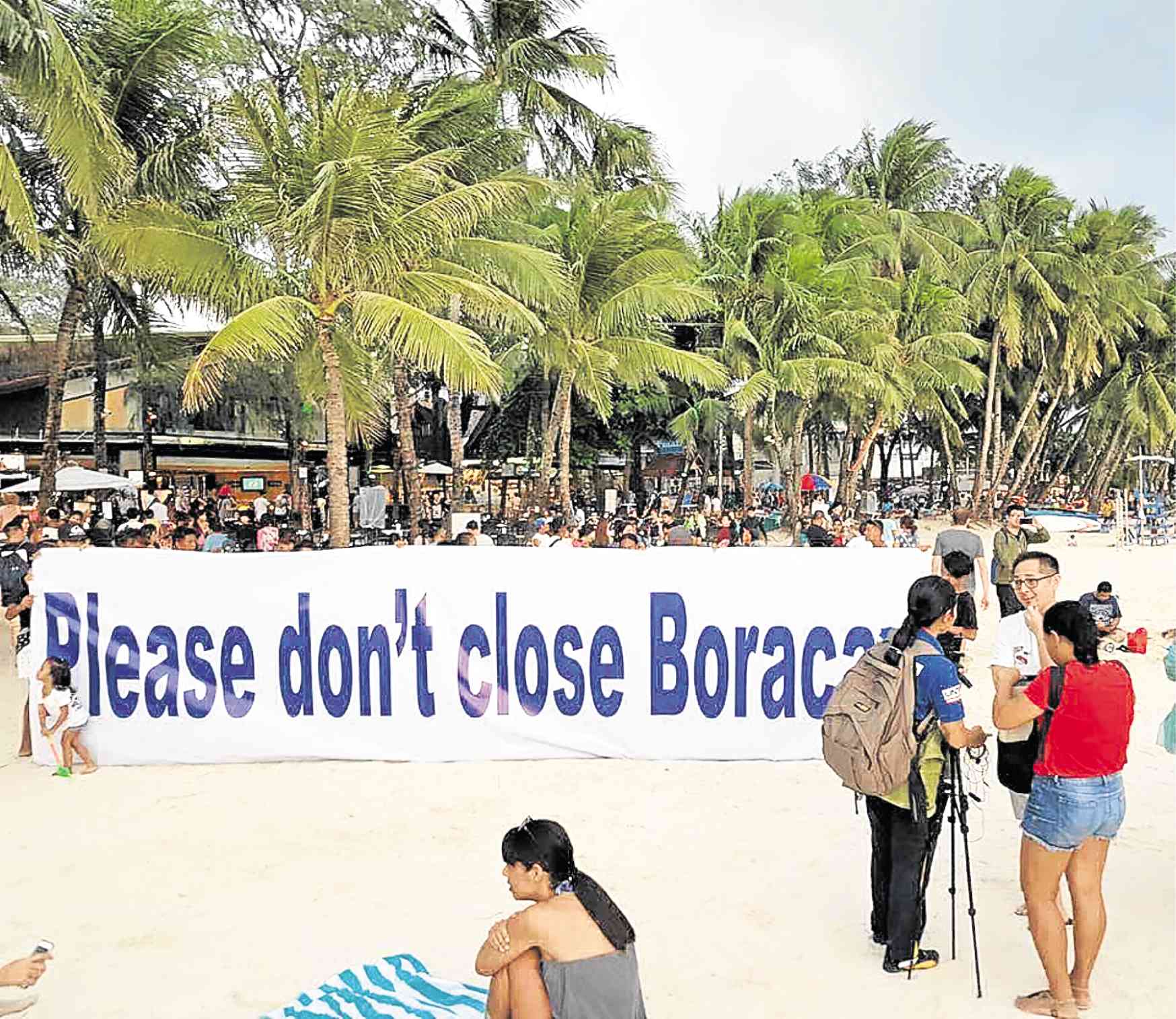 Save Boracay, sure—but who will save its people?

When news about closing down Boracay broke out, I was shocked. The idea was unfathomable. The possibility that life, as we know it in Boracay, would stop had never ever crossed my mind.

Today, the feeling of uncertainty is the same. Except that, now, the reality has added dreadful grief.

Who pays the price and who will be deprived of the residents’ only source of income? Who will say goodbye to Boracay, most likely for good?

No one is disputing the need to rehabilitate Boracay immediately and to close erring establishments. Boracay stakeholders welcome and support the national government’s efforts to address the pressing environmental issues confronting the island. However, they have expressed a united appeal to not close the island completely, and are advocating a phased shutdown while mitigating measures are underway.

A Boracay business owner and friend of mine said it succinctly in an interview with Esquire: “The narrative being sold to the public is that it is simply about Evil Corporations vs The Environment, and that’s why Boracay should be closed for rehabilitation. The reality is more nuanced than that.

The Tourism Infrastructure and Enterprise Zone Authority, an agency under the Department of Tourism responsible for implementing programs and tourism projects, began working on the Boracay Drainage Improvement Project in January this year—a work in progress that began in 2009. The business sector has invested huge sums into Boracay (P27 billion in tourism revenues attributed to Boracay in 2014), not to mention millions invested on marketing to build up its stellar reputation as “the number one, best island in the world,” according to Condé Nast Traveler Readers’ Choice Awards 2017.

With the total closure, the island stands to lose P56 billion in revenue (for nine months).

My concern is that by declaring the island closed, we are signaling to the world that Boracay is severely damaged and is no longer the paradise that it very much still is. As a PR and brand marketing professional, I am pained by this tremendously.

We all want to save Boracay from further ruin, but who is saving its people who bear the brunt of it all, and who, time and again, have been the ones silently cleaning up after every mess?

This has taken a toll on my sleep and surely on those of many others. My raccoon eyes are glaring proof of the real-life nightmares yet to come. Already our business is suffering losses with canceled bookings on a daily basis.

My husband and I are already bracing ourselves for the inevitable escalation in our cost of living, when goods and services will be scarce, including flights to and from Caticlan or Kalibo.

Then there’s the problem of sustaining the business: paying the rent, retaining staff, compounded interests, loans, deterioration of property, and so forth. What hurts most is the thought of losing the people we consider family, people we have invested so much time training.

It will take years for Boracay to recover after such a closure—the damage to its reputation, tourism industry and its people. —CONTRIBUTED

Author of “The Complete Guide to Boracay Island” (1st to 3rd Editions), Dario-Santiago left a successful career as a Manila-based editor and moved to Boracay in 2003.