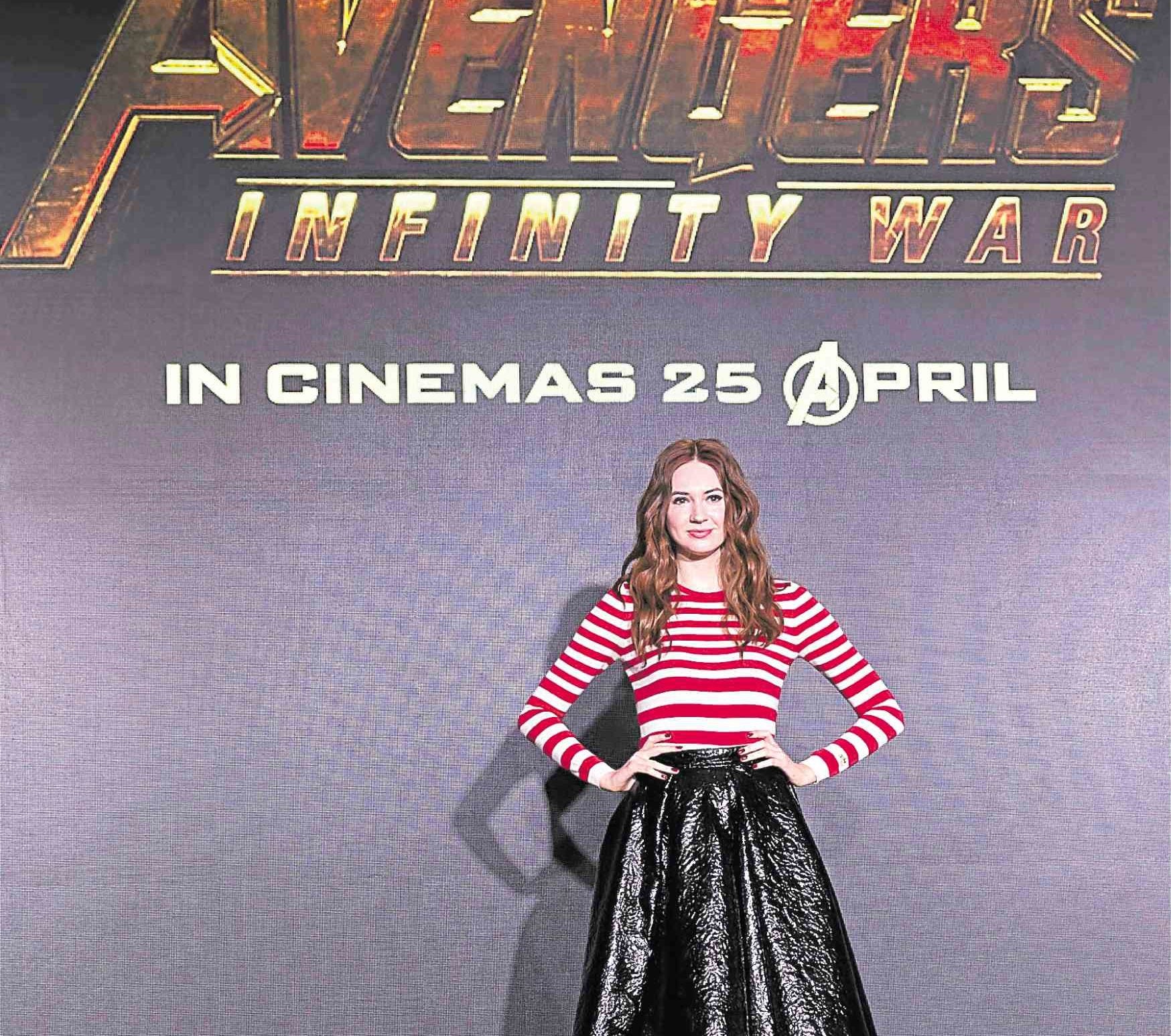 Karen Gillan already knows what it’s like to be part of a cult franchise. She became famous for playing Amy Pond, the red-haired companion in three seasons of BBC’s “Doctor Who.”

“I just got a phone call from my agent asking me if I was willing to shave my head. And I said what for and they said, ‘Marvel.’ And I said, ‘absolutely.’ That was a pretty easy one. When I got the role I was over the moon because Marvel was already such a big thing at that point,” the 30-year-old Scottish actress said.

She had to shave her head to play the bald, slightly cybernetic Nebula in 2014’s “Guardians of the Galaxy.” Nebula is the neglected adoptive daughter of super baddie Thanos with a hankering to do damage to her adoptive sister Gamorra (Zoe Saldana). The blade-wielding, hard-dying Nebula returned for 2016’s “Guardians of the Galaxy Vol. 2” and is now making the big intergalactic jump to “Avengers: Infinity War.”

Gillan has had to do some extra research to play Nebula. “It’s not easy for Nebula being the overlooked sibling. I’m an only child so I don’t really connect to this, so I had to talk to people with siblings to understand how your parents can’t favor a sibling. She isn’t happy about that and that’s going to show in her interactions with Gamorra and Thanos. It’s definitely coming to a head,” she explains. “She obviously has a strong motivation to pursue her own agenda which is to take Thanos down. It’s quite a cathartic experience for her.”

The effervescent Gillan has tons of funny stories from the “Infinity War” set, such as the one where she thought they were going to be asked to do a war cry. So she went for it—and nobody else joined in. “It was the most embarrassing thing ever,” she says with a laugh.

Though she now wears a bald cap and thus no longer has to shave her head to play Nebula, Gillan says getting into character is no joke. “My makeup takes 2 ½ hours. I have a whole face stuck on to me. I don’t do anything. I shut down. It’s really weird. I listen to heavy metal music which is weird because I don’t listen to heavy metal music. I feel like I talk to the guys a lot, and they’re like, shut up it’s three in the morning. And I’d listen to a few podcasts. Eating is quite difficult.”

Gillan is still awed by the celebrity she’s gained now, but is also cognizant of the value of playing a female warrior like Nebula in the Marvel Universe. She breaks out into excited squeals at the idea of the upcoming “Captain Marvel” film in 2019.

“I feel like we’re definitely taking a step in the right direction with ‘Captain Marvel.’ I feel so excited and I think it’s a moment of celebrating for us, having a female-led Marvel movie. And I loved Wonder Woman from the DC side as well. I feel there was a danger. What I really love about the Marvel universe is that the female characters are really diverse. I think there was a danger that having a stereotype where all the women were strong and badass without any weakness at all. I think that’s almost being too PC (politically correct), because women are strong and vulnerable and I think Marvel manages to show that.” RUEL S. DE VERA