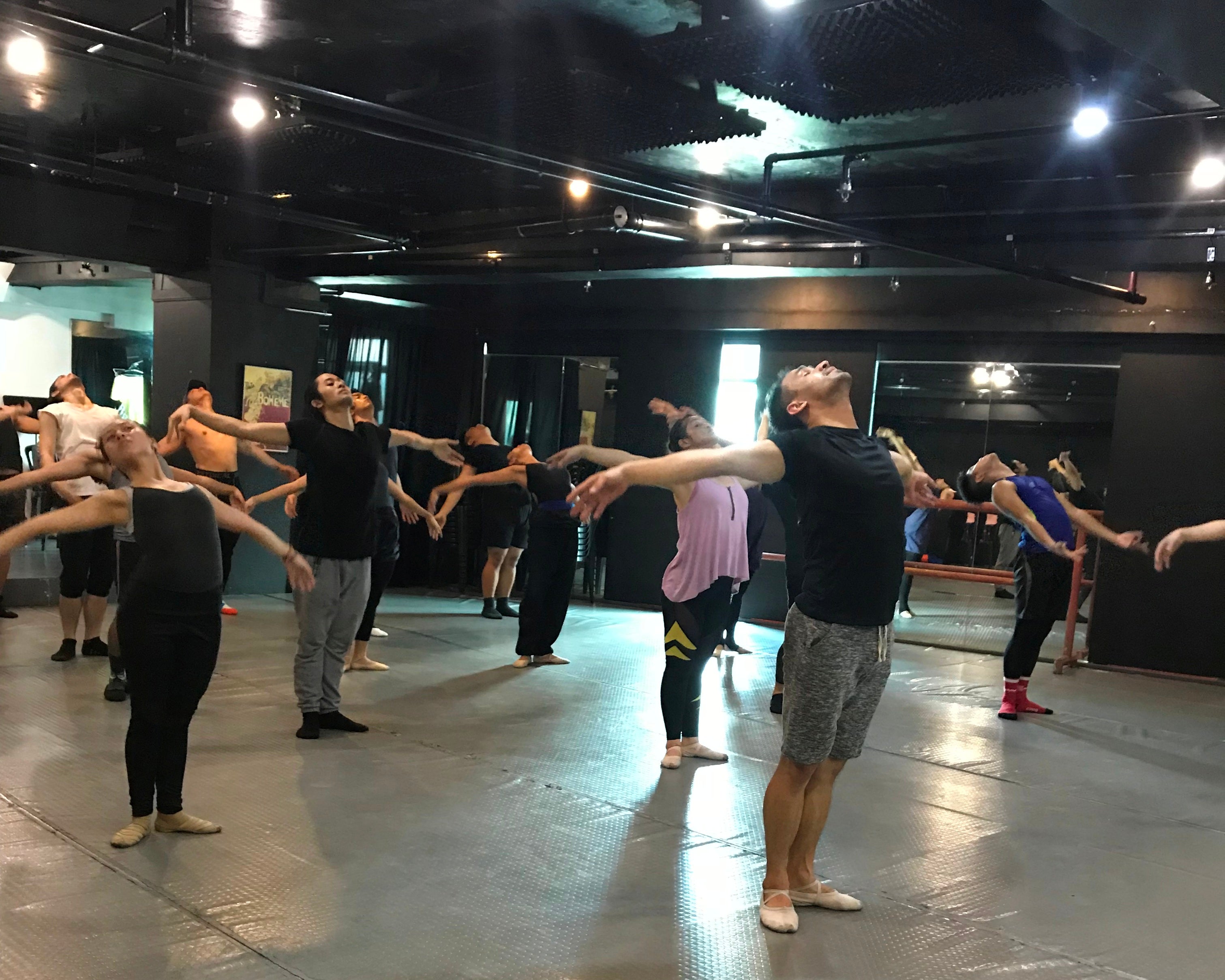 Lately, more and more producers are choosing theater pieces that require their actors to sing, dance and act. The demand for actors who can just sing and act has long been fulfilled in Philippine theater, as evidenced by the numerous thespians who have not only made their mark here but abroad as well, traceable, perhaps to the outstanding performance of Lea Salonga in “Miss Saigon.” But dancing skills have not been really given serious consideration perhaps because it requires years of training, even for Filipinos with a natural predisposition to dance.

From the days of the zarzuela, dance numbers were performed by dancers, and singers and actors were blocked as mere onstage spectators. Even at the height of television musical specials and live pop concerts in the ‘80s, trained professional dancers danced around the singer.

But we are starting to see a marked change in productions where even actors who are nondancers are pushed to dance with technical precision and choreography in a show’s production number, after racking up months of dance training and rehearsals.

Among the younger choreographers taking up this challenge is Patrick John “PJ” Rebullida. The production that kicked off his present label as “the musical theater choreographer” was “La Cage aux Folles” produced by 9 Works Theatrical. As a cast member, he had to beg off when the performances were moved because of a conflict of schedules with yet another theater engagement. “I offered to give classes. Instead, they asked me to co-choreograph… and that set me on the path for musical theater productions.”

It was in “American Idiot” that he realized he could make nondancers dance. As he recounts, “the actors were skeptical of dance in a rock musical. But I had a vision. When they saw it, they rode the wave with me.” But it was not until the production of “Newsies,” the stage adaptation of the Disney movie which required “a high technical level of dance, ” did Rebullida meet the challenge of churning out dancers from inexperienced, untrained bodies, earning the production five Gawad Buhay awards, including a well-earned Best Choreographer in a Musical award for Rebullida.

Patrick John Rebullida was a late starter in dance. Ordinarily, a male dancer should start dance training in his early teens at the latest, or better, in mid-childhood. PJ started at the ripe old age of 22, after graduation from the University of the Philippines with a degree in BS Tourism in 2002. His first attempt at a day job was for an IT firm, which, he says, lasted all of one day and an hour. On the first hour, the next day, he resigned. “ I was not built to work in front of a computer,” he muses. In a week, he had enrolled himself in a musical theater workshop by Trumpets.

By 2003, he was accepted in the scholarship program of Sofia Zobel Elizalde’s Steps Dance Studio, upon the encouragement of dancer-choreographer James Laforteza whom Rebullida considers his mentor and dance father. Clearly bitten by the dance bug, he single-mindedly focused on dance and set aside his participation in theater productions. By 2006, confident that he had achieved a certain level of competence, he auditioned for Ballet Philippines and hurriedly climbed up from scholar to apprentice and finally to lead roles.

For Rebullida, the urge and hunger to learn more and more led him to a feverish round of rehearsals, solo practices and workshops, until one day, with confidence and gumption, he followed the advice of fellow dancer Georgette Sanchez and auditioned for a dance-theater company in Germany, Ballet Lunburg. He stayed for two seasons, performing a mixed repertoire of ballet, modern and contemporary, including two musical productions and operas. When the seasons were over, he joined a German musical, “Ich War Noch Niemals” in New York as an ensemble member for a year, performing six to eight shows a week. Back in Lunberg, he did one last guest role before coming back to the Philippines.

With a rich vocabulary in many dance genres and theater, Rebullida is a joy to observe as he continues to conduct dance workshops for nondancers, employing a language that is easily translatable to body moves. His regular two-week workshops easily fill up as soon as they are announced.

Not one to sit on his accomplishments, Rebullida exclaims when asked what the next step is. “Oh my! I have so many dreams!” There is a full-length dance production, wanting to direct a musical and more original work. Somewhere along the way, he would want to step back to recharge and refuel his creative juices. “On a selfish note, I also want to grace the stage again. I miss immersing myself in a role and bringing it to life. I trust God to make all things work together for the good.” Patrick John Rebullida is unstoppable.