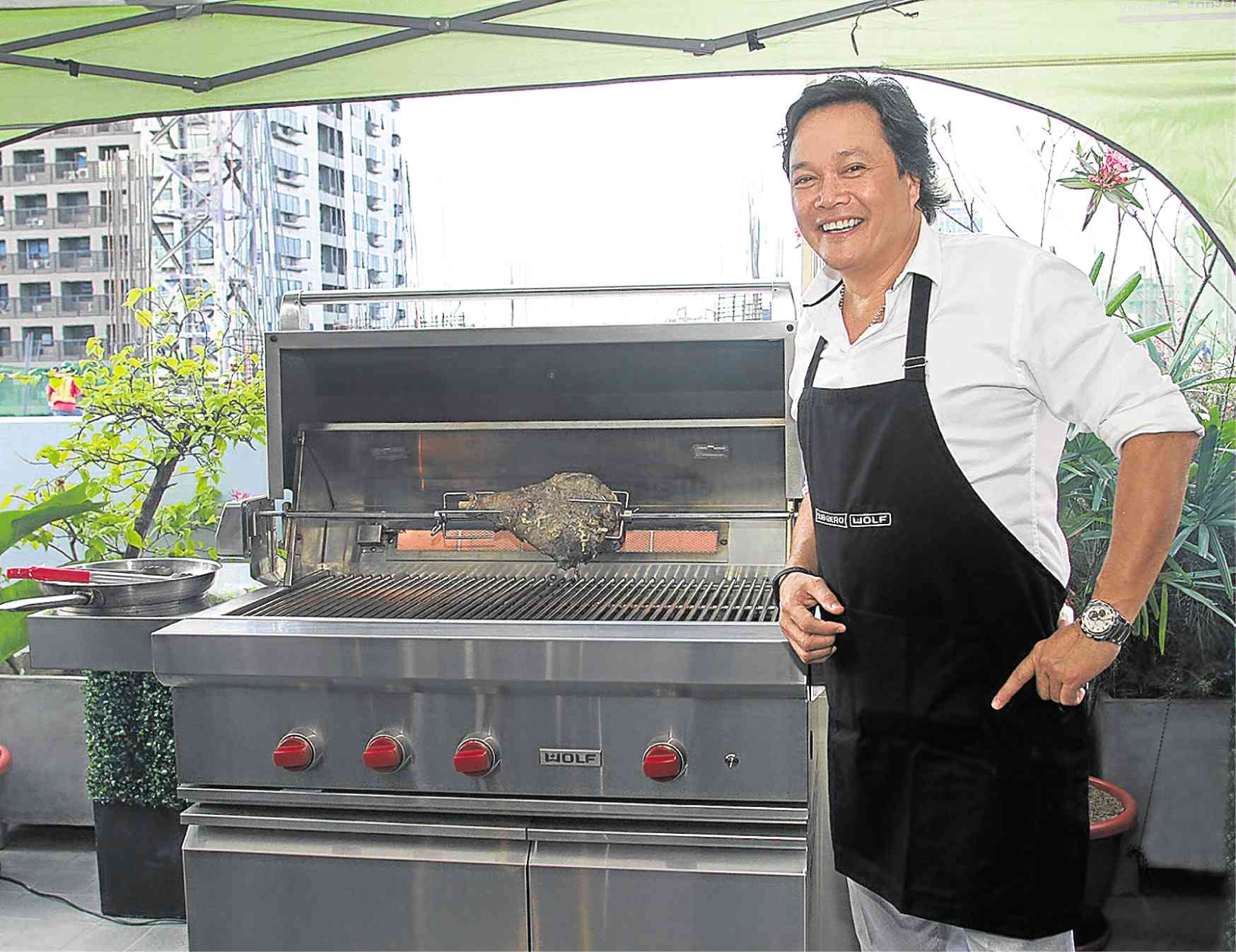 Despite the popularity of the ihaw-ihaw, Filipinos have yet to realize the value of an outdoor kitchen, which is popular in the United States and the Mediterranean.

The outdoor kitchen becomes a new social space and a precious dining experience. The stainless steel appliances add value to the house. Homeowners can reduce electricity consumption. Grilling is healthier as fat drips off the meat.

Wolf’s grill and warming drawer and Sub-Zero’s outdoor-rated refrigeration were launched with a lavish buffet, prepared by Antonio’s restaurant, on the deck of the Focus Global Inc. building. Media and the design industry checked out the products.

“You just bring out the grill when you need it, and push it back in for storage,” said Stephen Sy, president of Focus Global Inc. They are made of premium-grade stainless steel, which makes for easy maintenance. “You can soak with soap and wash off,” he said.

Sy added that the grill is worth the investment (approximately P366,000). “There is nothing like bringing friends and family in the backyard rather spending a lot to entertain in a restaurant.”

Sy’s better half, Lolita, Focus Global’s executive vice president, recalled that when they were newlyweds, they settled in the province where they would sugba on the beach.

“People want to invest in the experience,” said Lolita. “It’s great to be a part of nature. We’ve grilled prawns, burgers and fish. The grill has a companion warmer drawer, which is convenient when you have a lot of guests. It keeps the food hot while you’re grilling the second batch for the rest of the visitors.”

The infrared sear zone captures the juices of the meats, Lolita said, adding the grill could come with a Sub-Zero outdoor-rated refrigeration.

At the launch, guest executive chef Antonio “Tonyboy” Escalante roasted a leg of lamb on Wolf’s infrared rotisserie while flipping mini burgers and browning buns on the same grill.

Escalante had used the Wolf grill only twice, but was impressed with the system that evenly distributes the heat.

“It’s got three variables—high, medium and low, and an added infrared zone where you can sear,” he said. “The heating is so fast. You get the desired temperature in a few seconds.”

The grill likewise allows one to multitask, added Escalante. One could cook the meats and prepare the sauces and rice simultaneously. The individual burners allow one to cook different dishes at different temperatures. “You can sear or fry while grilling. It can do an oven and a slow roast,” he said.

He wished that he had discovered the Sub-Zero outdoor-rated refrigerator earlier.

“I had to bring my trolley with ice here! The advantage of an outdoor fridge is that you don’t have to keep running back to the refrigerator inside the kitchen. You keep the meat fresh in the outdoor chiller. This is important especially in our weather,” he said.

The outdoor grill and Sub-Zero outdoor refrigerator (approximately P396,000) can also be installed for condominium living.

“It’s easy to clean the food. The food goes to the pit and you just clean it,” Escalante said, adding that the outdoor kitchen would be a great alternative in entertaining friends.

“They can have the choice of staying indoors or being in the garden,” he pointed out. “If you don’t have a garden, you can do it on the deck of a building.”

For an outdoor party, Escalante would serve steak, prawns, barbecue, fish en papillote (cooking food inside a parcel). You just close the lid of the griller, he explained, and it works like an oven. You can roast the chicken in the rotisserie, make a casserole or a hot pot on the infrared zone, grill your meats all at once.”

The only accessories are long tongs and ladles.

“The lamb is simply flavored with salt, pepper and rosemary. A good supplier can give you quality chicken or meat.”

Outdoor cooking also becomes interactive when guests get involved in preparing the meats and doing the grilling or searing themselves. —CONTRIBUTED