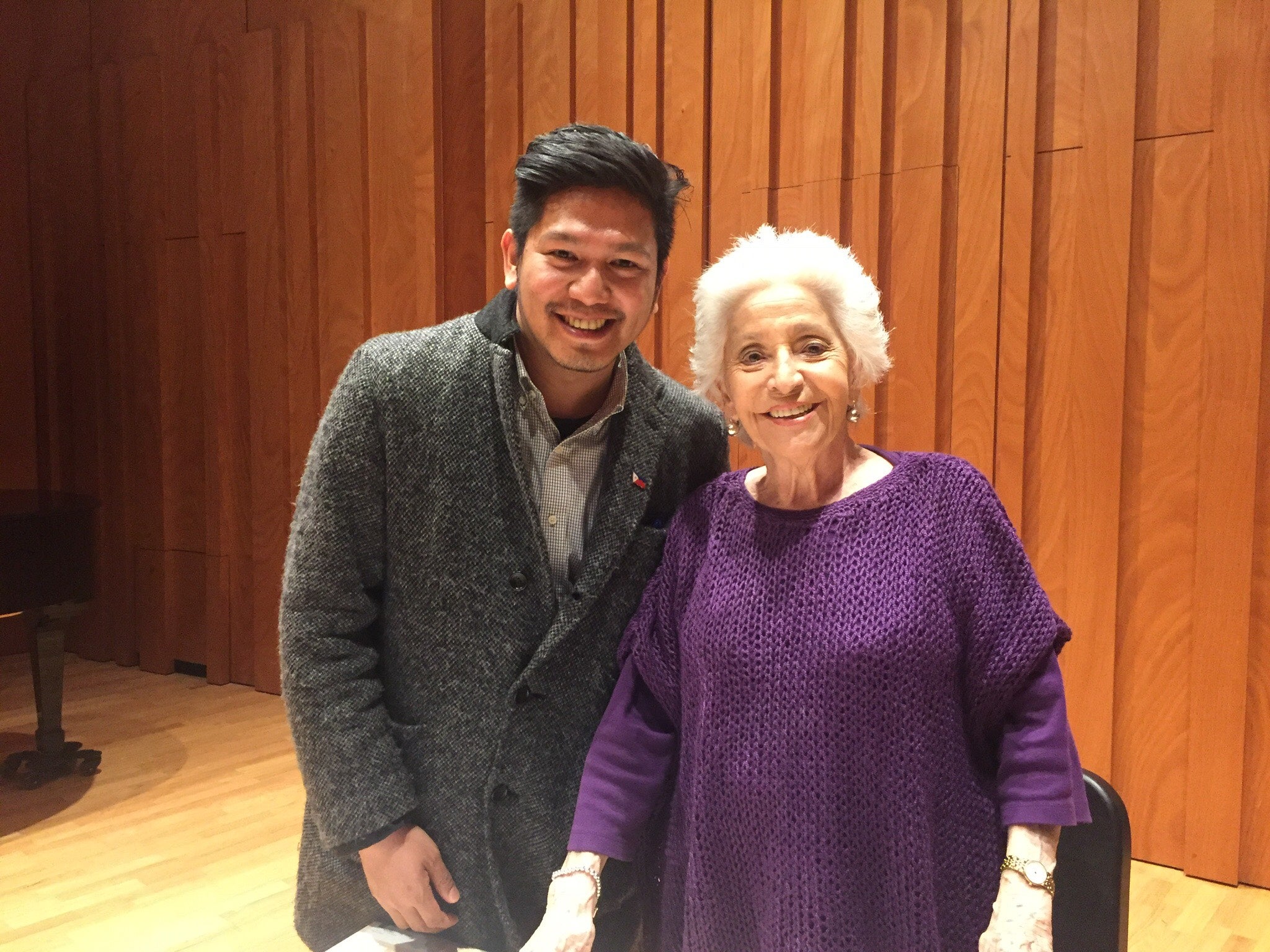 Face to face with Teresa Berganza

She belongs to the same firmament occupied by Maria Callas, Victoria de los Angeles and Renata Tebaldi.     Her name is synonymous with such opera roles as Dorabella (“Cosi fan tutte”), Zerlina (“Don Giovanni”), Dulcinea (“Don Quixote”) and the title role in “Carmen.”

Filipino baritone Cipriano “Zip” de Guzman got the chance of a lifetime when he met legendary Spanish mezzo Teresa Berganza when he appeared in a new version of Rossini’s “Cenerentola” where the revered singer was the artistic director.

In the Rossini opera staged at Sala D’Orchestra at Conservatori Liceu in Barcelona April 12 and 13, De Guzman played Alidoro, the philosopher and Prince Ramiro’s tutor.

De Guzman recounted: “I was star struck when I first saw maestra Berganza and at the same time I was really nervous to sing in front of her. After a few days of vocal coaching, I realized she’s very bubbly, warm and motherly to all the members of the cast. She even signed my Ricordi vocal score and willingly had her photo taken. It was an opera milestone for me because she was identified with the title role of Cenerentola which she had sung so many times to great acclaim.”

He admitted it was hard to sing on stage because they could not hear themselves, but the audience could perfectly hear them on their side.

“Dealing with the acoustics of the hall was a big challenge,” he added.

For another, he doesn’t speak Catalan and his Spanish was not so good and he had to deal with that every day of the rehearsal until the opening night. He also had a hard time adjusting to a modernist, if, unconventional approach to opera.

To his relief, he found the other members of the cast very encouraging.

“My colleagues were very humble and supportive and to think that most of them are prizewinners of major competitions including Francisco Viñas.

It was also an honor to work with the conductor, maestro Manuel Valdivieso, one of the most esteemed conductors in Barcelona and the rest of Spain.”–CONTRIBUTED