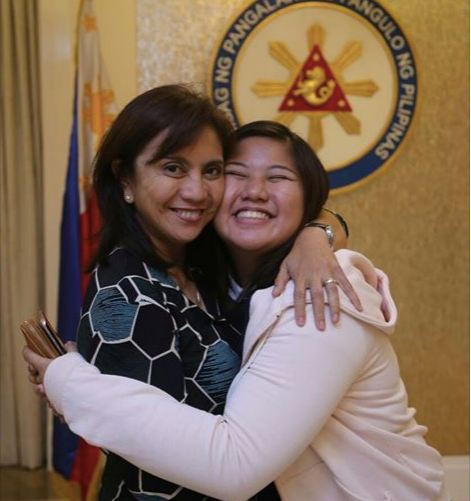 Even though she holds the second highest position in the country, Vice President Leni Robredo makes sure she is first and foremost a mother to her three daughters.

The jubilant mom proudly spoke about her youngest daughter Jillian’s latest achievements: passing the admissions test both for the University of the Philippines (UP) and New York University (NYU).

Robredo said “good news is always good news no matter how late” when she posted the announcement about the NYU admission on her Facebook page last Sunday, April 29. Her 18-year-old daughter got accepted into the biomolecular science program under the Tandon School of Engineering.

Robredo continued that while Jillian passed the admissions exam, she is still awaiting word about her scholarship application. The Vice President added: “As of now, her scholarship is still partial and she has decided that she will only go if she gets full scholarship.”

When the much-awaited results of the University of the Philippines College Admissions Test (UPCAT) came out yesterday, April 30, she once again proudly wrote about her daughter’s passing the exam. She got accepted at the UP-Diliman campus for BS Mathematics.

This is not the first time Jillian impressed people with her scholastic achievements. Back in January, she passed both exams in Ateneo de Manila University and De La Salle University with flying colors.

Robredo said then: ‘[Third] time I’m going through the motions as a mother. The first one was with Aika, 14 years ago. Then with Tricia, 8 years ago. Since this will be the last, I might as well savor these nerve-wracking moments.” JB