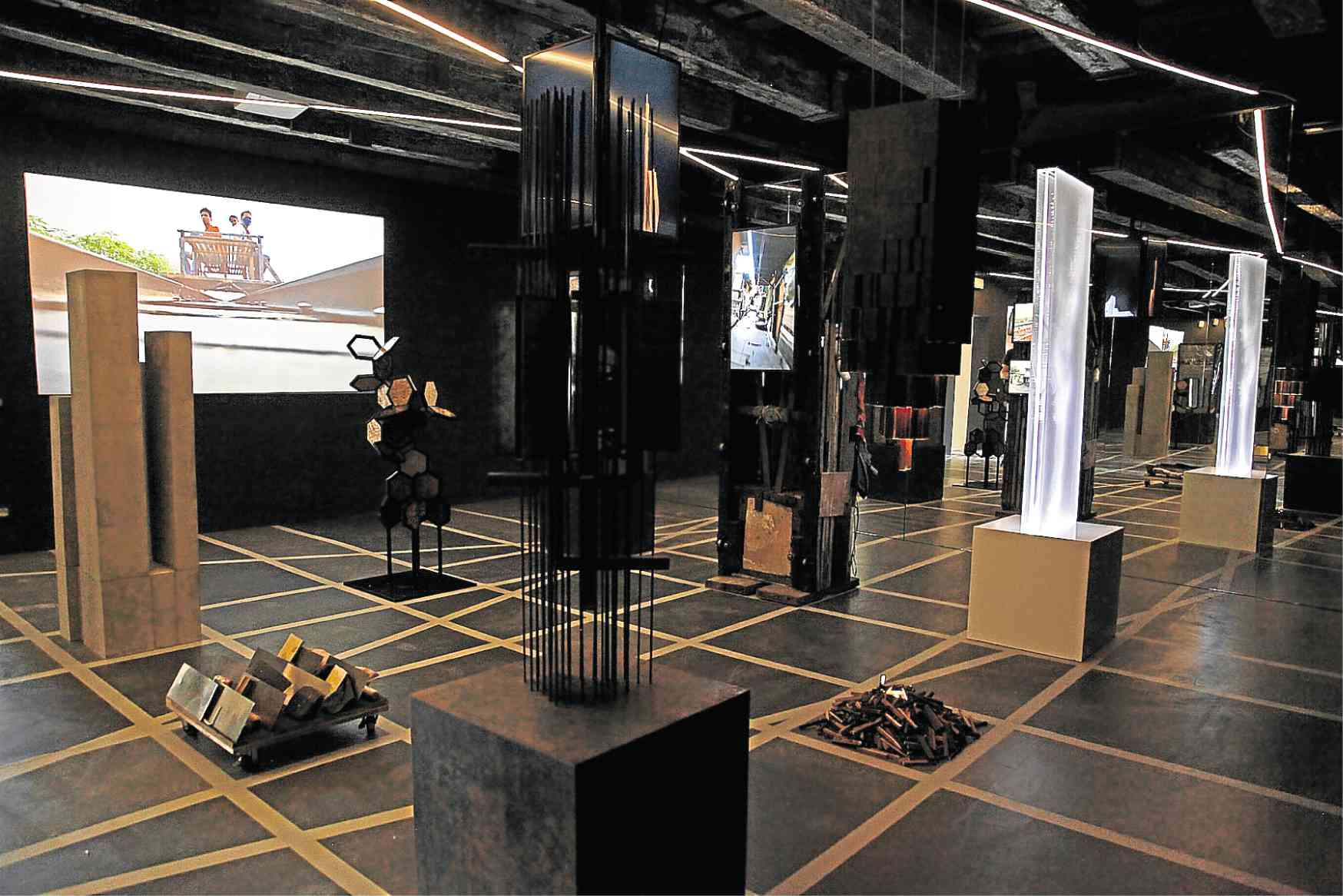 The Philippine pavilion, “Muhon: The Traces of an Adolescent City,” at the Venice Architecture Biennale in 2016 —PDI FILE

Navigating the Philippine reality of space

Is neoliberalism a new form of colonialism?

The Philippines will ask this provocative question when it mounts its exhibit at the 2018 Venice Architecture Biennale, a curated concept showing how colonialism and neoliberalism have shaped Philippine cities and influenced perception of its national identity.

In a press conference on Thursday, National Commission for Culture and the Arts Chair Virgilio Almario and Sen. Loren Legarda and the Department of Foreign Affairs introduced “The City Who Had Two Navels” as the Philippine entry to the 16th International Architecture Exhibition of Venice Biennale, the world’s oldest and most prestigious contemporary art exhibition, in Venice later this month.

Inspired by National Artist Nick Joaquin’s novel “The Woman Who Had Two Navels,” the curatorial concept by architect and professor Dr. Edson Cabalfin, won over 11 other proposals and was chosen as the Philippine Pavilion in the 2018 Venice Biennale.

As in the novel, Cabalfin said Philippine cities also embody the two navels in constant dialogue.

The first navel echoes colonial narratives of the Philippines as exotic and primitive. The second navel shows how free market capitalists have shaped the present modern urban landscape.

Almario, National Artist for Literature, pointed out that representation of the Philippines in international expositions has “always been problematic.”

“In global expositions since 1887 and even until today, we have been presented as living in huts, wearing loincloths and dancing in circles,” Almario said.

“However, anyone who has stepped into Manila, Cebu and Davao would know that we have been expanding and renegotiating our space,” he said.

“To present this version of the Philippines to the Biennale, thus to the world, enriches the narrative of our country,” Almario added.

“Through the exhibition we show the world how we strut and navigate our realities here in the Philippines and beyond. How we slither through our cities with its small streets, noisy sidewalks and congested thoroughfares that may look rough and chaotic but are filled with much humanity.”

Almario said Filipinos have so much to talk about, like how cities shape the way people live.

“Our built heritage influences the way we think, feel and dream. Knowing who we are as a nation would entail making sense of our cities—why they were created and how they were shaped by time and history,” he said.

“The Philippine Pavilion’s exhibit at the 16th International Architecture Exhibition of La Biennale di Venezia is set to do just that—look at our cities to make an argument about our perceived identity as a nation,” Almario said.

Legarda said Philippine presence in the Venice Biennale is an “advocacy in itself.”

“Through our national pavilion, we are able to relate our truths to the world while also connecting with Filipinos, showing them the importance of architecture in inspiring life, shaping society and building a nation,” Legarda said.

Almario paid tribute to Legarda’s herculean efforts to bring the Philippines back to the world’s premier art exhibition in 2015 after an absence of 51 years.

“We need to give credit where credit is due, and Senator Legarda’s vision, perseverance and total unwavering commitment to Philippine art and culture is what has made this and other important cultural projects a reality,” Almario said.

Cabalfin showed how the colonial past is echoed in the representation of the Philippine architecture as consisting of nipa huts, salakot (farmer’s hat) and bahay kubo.

But with the advent of neoliberalism, or the ideology of free trade, free market, deregulation and minimal state intervention, Cabalfin said the country’s urban landscape is now dominated by central business districts, private residential enclaves and mixed-use developments fueled by the business process outsourcing industry.

“Our cities are now truly 24-hour cities because of the relentless cycle of labor,” Cabalfin said.

In presenting his concept, Cabalfin wants to provoke a discussion on two fundamental questions about a nation’s built environment (and consequently our national identity): First, can we truly escape the colonial? And second, is neoliberalism now the new form of colonialism?

“Just because I posed these questions doesn’t necessarily mean I answer them. My goal is to provoke a discussion.”

Legarda said the Philippine pavilion will be a venue for Filipino curators and artists to unleash their creativity and put them on the global stage of contemporary art.

“I want Filipinos to realize the importance of art, that it is an expression of one’s self, of one’s society, of one’s nation,” Legarda said.

Almario and Legarda also thanked the Italian government, through its Ambassador to the Philippines Giorgio Guglielmino, for its strong support for the Philippines’ representation at the Venice Biennale.

“It’s important to present to the world what the Philippines is now,” Guglielmino said in the press conference.

Just before coming to the country for the first time as new ambassador a few months ago, Guglielmino said he bought a map of the Philippines to familiarize himself with his new assignment.

Upon arriving, he was surprised to realize how much the Philippines changed in 10 years. He couldn’t find the Bonifacio Global City in the map.

In a message read for him by Foreign Undersecretary Leo Lim, Foreign Secretary Alan Cayetano said the Philippine pavilion at the Venice Biennale would make the Philippines “undeniably visible in global platforms.”

Cayetano said architecture and other art forms are very powerful tools of “soft power” that a nation can use to reach out to other countries.

The Philippine pavilion will also showcase the works of video installation artist Yason Banal, the architecture schools of the University of the Philippines in Diliman, UP Mindanao, De La Salle College of Saint Benilde and the University of San Carlos, and the nongovernment organization TAO-Pilipinas.

They were commissioned by Cabalfin to make their own exhibits on the state of the major cities of Metro Manila, Metro Cebu and Metro Davao at the Philippine Pavilion.

The Philippine pavilion will be housed at the Arsenale, one of the two main venues of Venice Biennale, and will run from May 26 to Nov. 25.