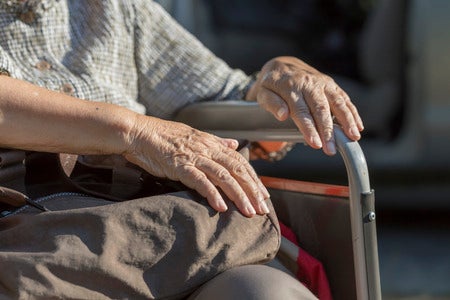 Ah Ying, a 69-year-old elderly woman from Hong Kong, was arrested for shoplifting in a supermarket more than a month ago. Her predicament is worsened by one major problem: she doesn’t remember if she really committed the crime.

Ah Ying faced detention for stealing a mosquito repellent, an emollient that costs about $25 (nearly P1,300). It’s the second time she had been arrested for shoplifting at the same supermarket, as reported by the South China Morning Post today, May 2. She was spared from jail the first time around.

Ah Ying had been diagnosed with bipolar disorder ten years prior, and lives in a public housing apartment with her 14-year-old grandson. Her second arrest has her worrying. She said, “[The latest arrest] really troubles me. I want to cry everyday… and my grandson keeps bombarding me with questions about whether I’ll be thrown behind bars. I don’t understand — why would I do something like this to make my family worry?”

Tom Tse-Kei-leung, a supervisor at the Society of Rehabilitation and Crime Prevention, said that they had discovered a pattern. A lot of offenders like Ah Ying had shown signs of early dementia. And while a number of elderly people in Hong Kong have taken lately to shoplifting in hopes of getting better support and care in jail, Tse mentioned that the elderly’s shoplifting may not necessarily be caused by poverty.

“We need a more comprehensive perspective on the trend as timely treatment is more important that punishing them,” added Tse.

Thus far, there are about 134,000 people in Hong Kong that are afflicted with dementia — and this number is only anticipated to increase rapidly in Kong Kong’s aging population crisis, the report said. Today, Tse’s organization stands as a beacon of light to cases like Ah Ying’s, as they not only just offer counseling to elderly offenders, but also provide them with referrals for a proper medical diagnosis. Cody Cepeda/JB