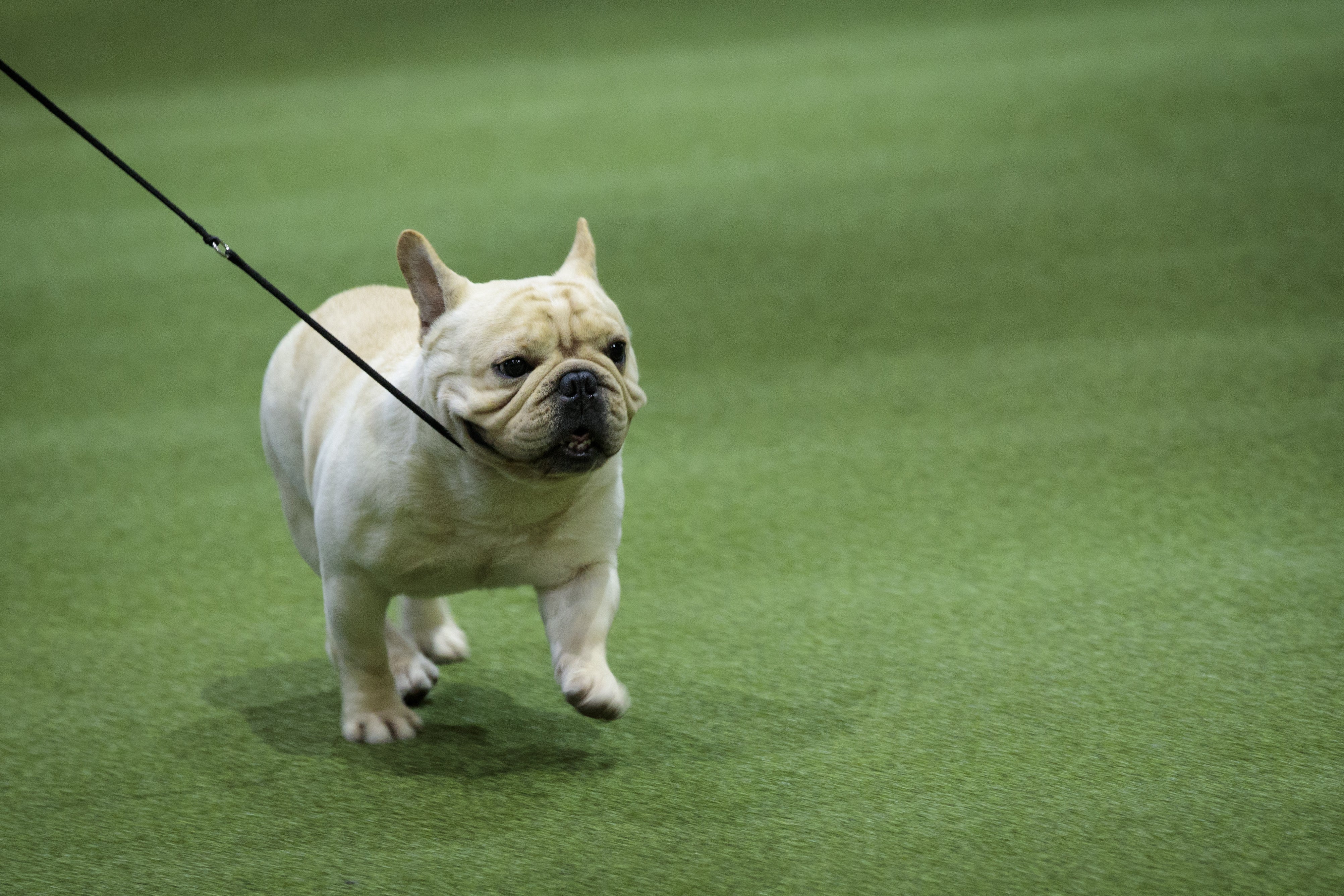 In this photo, a French bulldog competes at the 142nd Westminster Kennel Club Dog Show at The Piers on February 12, 2018 in New York City. Researchers said on Thursday, May 3, 2018, that the popularity of the French bulldog, known to suffer breathing problems due to the same flat face deemed as its cutest feature, raises animal welfare concerns. (AFP FILE PHOTO/Drew Angerer/Getty Images)

The popularity of the French bulldog, known to suffer breathing problems due to the same flat face deemed as its cutest feature, raises animal welfare concerns, researchers said on Thursday.

In Britain alone, demand for the short-muzzled, wide-eyed hound has soared, following a global fashion in small, flat-faced dogs.

In 2013, 1.46 percent of all puppies born in Britain were French bulldogs, up from 0.02 percent just 10 years earlier, a team wrote in the journal Canine Genetics and Epidemiology.

“Frenchies”, as they are also known, are predicted to become the most popular pedigree breed in the country “soon”.

“There is a worry that increased demand for the French bulldog is damaging to these dogs’ welfare because of the health risks associated with their extreme physical features,” said study co-author Dan O’Neill of The Royal Veterinary College.

These include the dogs’ flat faces, bulging eyes, and the folds in their skin, which can give rise to conditions such as eye inflammation, eczema, and breathing disorders.

“Rapidly increasing numbers of French bulldogs therefore is worsening the overall welfare of pet dogs because they are so prone to some very unpleasant disorders,” O’Neill told AFP.

The authors pointed out that a dog’s appearance, size, and behavoural traits seem to outweigh health and longevity considerations for many pet buyers.

“Images on social media and on TV, plus that ‘Oh, it’s so cute’ factor, seem to be a bigger determinant on which breeds are successful and which are not,” said O’Neill.

In the end, “it is the general public who will decide on what (breed) is unsustainable and what breeds die out,” the researcher added.

People have been breeding dogs for thousands of years for certain traits, whether it be a gentle disposition, a sharp nose for hunting, good eyes, strength, endurance, or speed.

The French bulldog itself was a cross between the British bulldog and a Parisian ratter dog.

But when breeders select animals for “pure” traits, they can also pass on inherited diseases.

For the latest study, O’Neill and a team obtained data on 2,228 French bulldogs treated by vets in Britain in 2013.

Nearly 13 percent of dogs had breathing problems, and skin problems were common, they added.

The reality may be even worse, the research team further noted.

Only about 42 percent of owners of dogs suffering from obstructive airway syndrome, which can cause anything from snoring to suffocation, were aware of their pet’s condition.

The researchers said they hoped their work would “assist reforms in breeding practices and ultimately contribute to improved health and welfare of French bulldogs”.        /kga