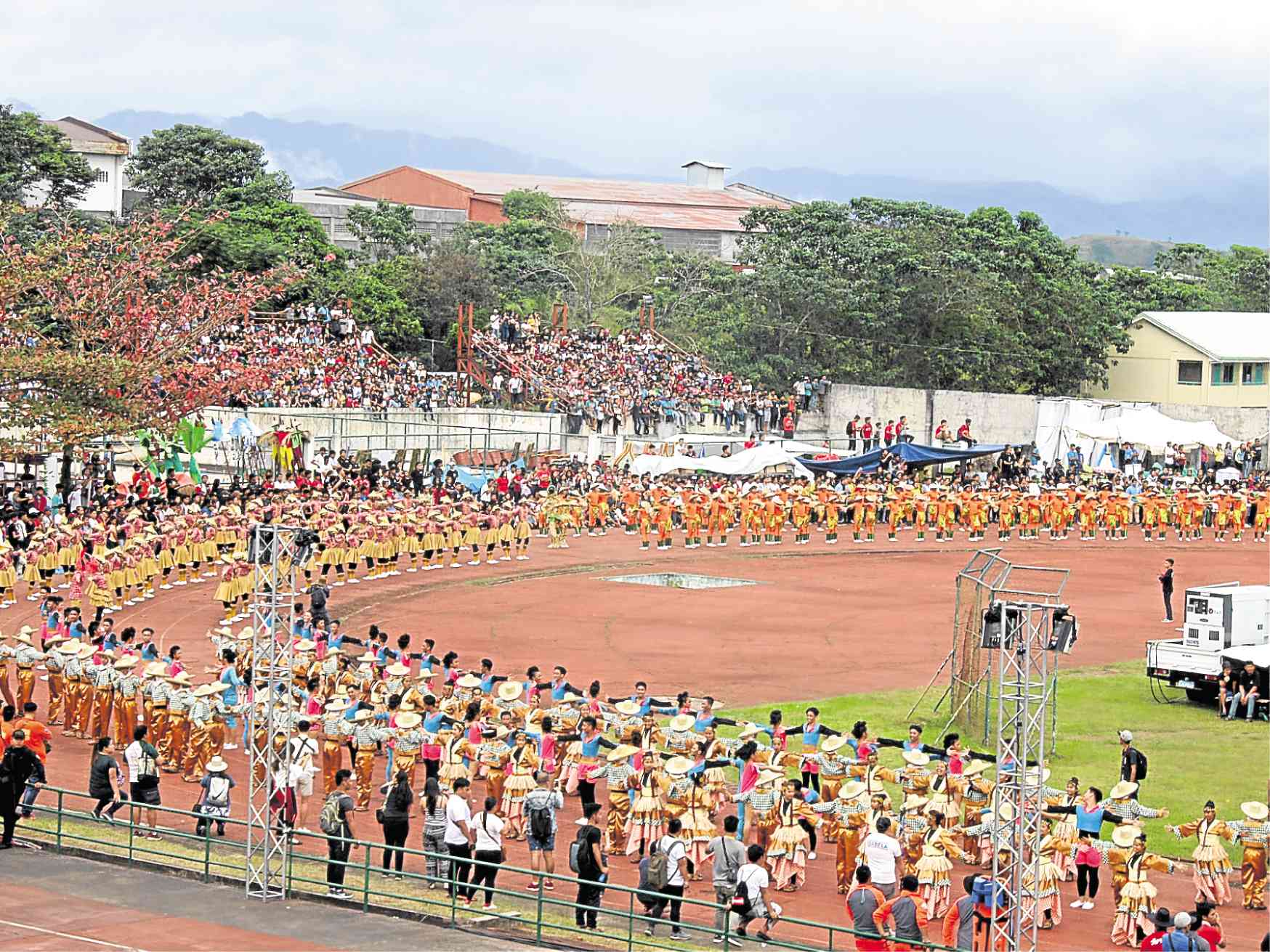 Groups representing different towns and cities present their own versions of the “bambanti” in different colorful costumes. –LINDA B. BOLIDO

Although named after a Spanish queen, the province of Isabela celebrates yearly the lowly scarecrow, which despite being inanimate, has been a “friend” to farmers in many parts of the world, including the Philippines, for generations.

The scarecrow or bambanti in Ilocano, the predominant language in the second northernmost province, has been the low-technology protector of farmlands from birds that would otherwise devastate agricultural crops.

Not surprisingly, for Isabela, self-proclaimed center of agriculture in the country, the bambanti represents the best of the province and her people—silent but vigilant and resilient.

The Agri-Ecotourism Fair this year was participated in by majority of Isabela’s 34 municipalities and three cities, including the capital Ilagan.

This was evident in the offerings of every booth in the agri-ecotourism fair including chocolate-scented pinilisan red rice, corn (Isabela is reputedly the country’s corn capital), sugar, cacao, monggo and other legumes, mushrooms, mangoes, ube, and various rice cakes.

The distinctive products of each town were also showcased in the giant bambanti that “guarded” the agri-tourism booths. Beans and legumes, rice, corn, seashells and many other materials went into the making of the different scarecrows, depending on the main crop or product of the town or city they represented.

Only on its second year, the competition this year revolved around the innovative use of goat meat and local ingredients. Drinks were concocted from the participating towns’ major products.

The Bambanti festival included street dancing and choral competitions. Best booths and best bambanti were chosen, as well as festival king and queen. The costumes of the festival “royalty” were also in competition.

The best local government participant was chosen based on points earned from the various competitions. Cauayan City, where Isabela’s airport is located, won top honors. It received P1.5 million from the provincial government to fund its development projects.

In spite of the already wide diversity of its agricultural produce as the festival showed, Isabela has plans to revive tobacco as a major crop. The province, with neighboring Cagayan, was once a major tobacco producer and was even the source of raw material for Bataan Matamis cigarettes favored by women in the past.

Aside from bountiful harvests, Isabela is also proud of its local craftsmen and artisans. It is particularly known for the butaka, siesta chair with long and broad armrests. The world’s biggest butaka is proudly displayed along the highway leading to the provincial capitol.

The province, with a population of about 1.6 million, has numerous tourist attractions. Mary Ann said they were developing the Honeymoon Island, so-called because it is heart-shaped, as a tourist destination. A planned airport in Palanan on the Pacific Coast would make the island more accessible.

On the outskirts of the capital is the Ilagan Sanctuary, which has a mini-zoo, rock formation, caves, falls and a zipline reputed to be the fastest in the country.

Also in the capital city is the Japanese Tunnel, a remnant of World War II. The town of Ramon proudly proclaims it has the largest dam in Southeast Asia, Magat.

The country’s longest mountain range, the Sierra Madre, traverses Isabela and provides the province lush forests and waterfalls. There are caves to explore, hanging bridges to cross and indigenous people’s unique cultures and traditions to get to know.

Dy, who had been named Most Outstanding Governor by the Office of the President and the Department of Interior and Local Government, would continue to support agriculture as the province’s number one income generator, his wife said. But he was also working to make the province the country’s third most popular tourist destination.

The governor reaffirmed his commitment to the development of agriculture and related industries when he and Vice Gov. Rodito T. Albano formally opened the street dancing competition.

Dy committed some P100 million for modern drying facilities and the further development of the province’s agro-industrial initiatives.

With this pronouncement, the rest of the country can rest easy in the knowledge that Isabela remains committed to providing Filipinos much of the food they need. –CONTRIBUTED