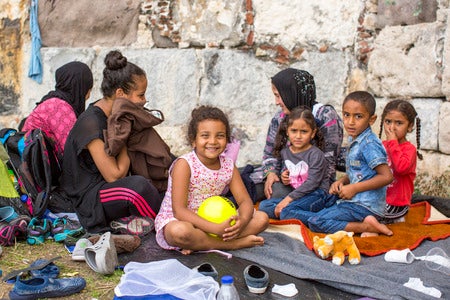 In less than a year, about 700,000 from Myanmar’s Rohingya community fled the country to find refuge in Bangladesh. Normally, a refugee’s fate is uncertain, with not much opportunity to help them find employment or make a living, but one university in Bangladesh is trying to change this notion by helping the displaced get education.

The Asian University for Women (AUW) in Bangladesh is helping the women of the Rohingya community get higher education as part of a goal to give them a bright future. As per the South China Morning Post today, the university has spent the past 10 years offering scholarships to almost all of its students, who are admitted on merit.

However, establishing connection with the displaced Rohingya community is not a walk in the park. Kamal Ahmad, CEO of the Bangladeshi university, said that although they have worked to gain the trust of the Rohingya community’s leaders, it is not an easy task.

“Across South and Southeast Asia there are 30 million people that live in mountain communities – from Kachin in Burma to Nagaland in India to the Chittagong Hill Tracts in Bangladesh,” Kamal was quoted as saying. “Some move higher up, partly to avoid the problems that come with state regulation. But by doing that, they also remove themselves from services like education and health.”

He also mentioned that there are no real education services in the mountains, apart from a few missionaries. “We felt the university had to reach out to these remote mountain communities,” Kamal was quoted as saying.

Apart from geography, Kamal said that there are  psychological obstacles to overcome. According to Kamal, despite some families having a bit of money to send the girls to school, it somehow becomes difficult for them to put out money when it comes invest in the girls’ education.

“When we visit these areas we insist that whether you have shoes or no shoes, it doesn’t matter – as long as the young woman has courage and the intellectual wherewithal, we will find a way.”  Cody Cepeda /ra