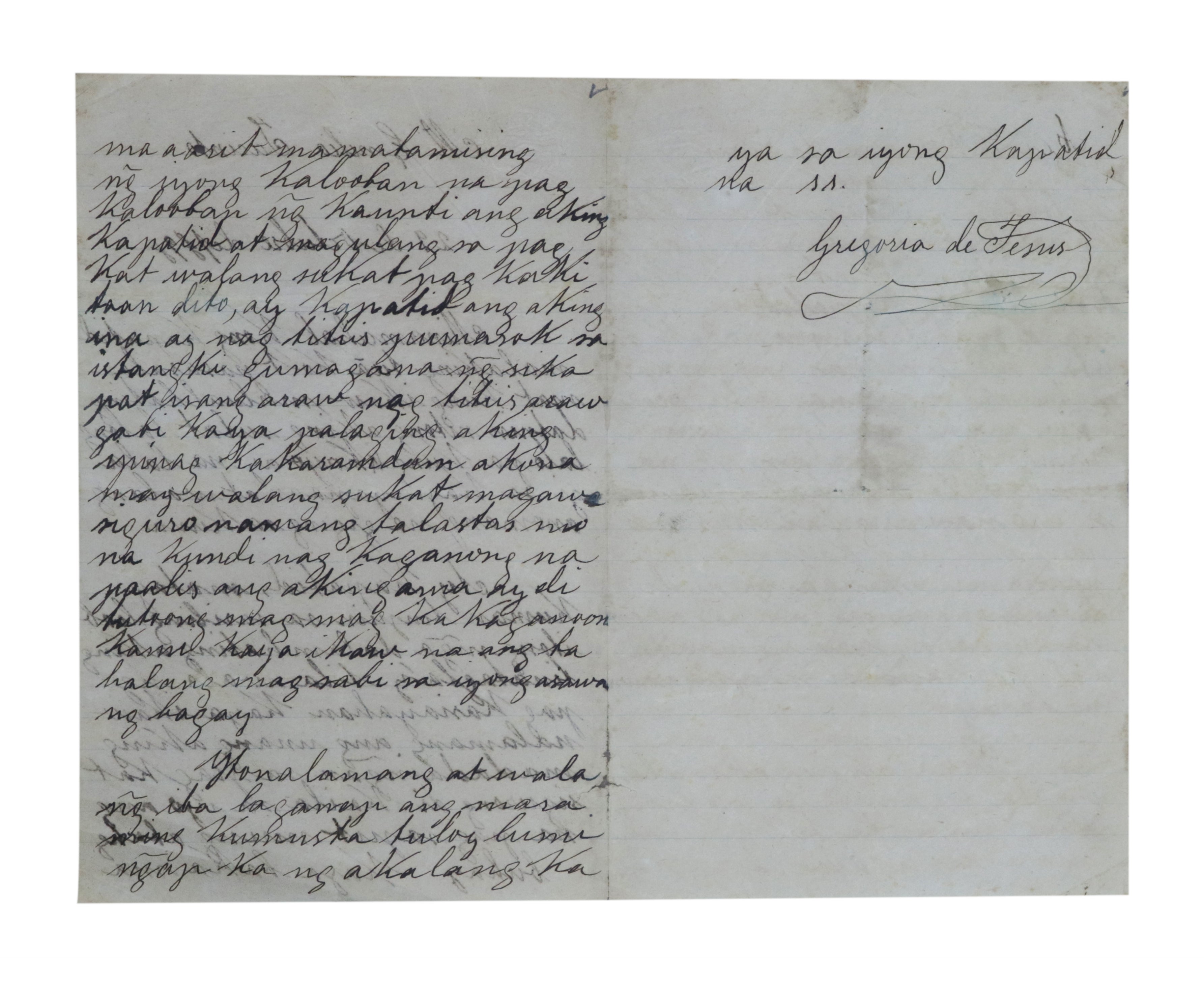 The original handwritten account of Gregoria de Jesus of the controversial 1897 Tejeros convention in Cavite that resulted in the arrest and execution of her husband, Katipunan founder and “supremo” Andres Bonifacio, will be auctioned off by León Gallery on June 9.

The account is called “the most explosive” of the history documents it has bidded out by the auction house so far since it purportedly presents the Tejeros election as “rigged” in favor of Bonifacio’s rival, Emilio Aguinaldo.

After voiding the results of the election, Bonifacio, who launched the war of independence against Spain in 1896, was arrested by Aguinaldo’s men, tried for treason, and sentenced to death.

Aguinaldo later claimed that he had tried to commute the sentence, but it came too late, so Bonifacio and his brother were executed on May 10, 1897, in Maragondon, Cavite, in what historians have since called “the tragedy of the revolution.”

De Jesus, the supremo’s widow, later lived a life of impoverishment and persecution by Aguinaldo’s supporters.

She then married Julio Nakpil, also a revolutionary and musician. He later wrote his memoirs of the revolution that was scathingly critical of Aguinaldo.

According to Lisa Guerrero Nakpil, Leon consultant and descendant of Julio Nakpil, provenance of the document is the estate of Epifanio de los Santos (Edsa).

Edsa was the famous Filipino scholar, historian, writer and antiquarian after whom Edsa Avenue is now named.

Edsa himself, claimed Guerrero Nakpil, made the English translation of the account written originally in Tagalog by De Jesus.

“The election was rigged to favor the Magdalos,” De Jesus writes. “Those who entered the hacienda were asked (by Aguinaldo’s men) who they would vote for. Even those who did not know how to write were given ballots already filled up apparently signed by the voters.”

She adds that Apolonio Santos, who belonged to the rival faction Magdiwang, was “mistaken for Magdalo” and “forced to vote for Emilio.”

“All those fraudulent machinations were tolerated,” De Jesus declares.

Aguinaldo was voted president in absentia. When Bonifacio was voted interior minister, De Jesus writes, there were shouts of “Viva!”

But “the Minister of War,” writes De Jesus, apparently referring to Daniel Tirona, a Caviteño and supporter of Aguinaldo, opposed the election of Bonifacio and argued that the interior minister should be “an intellectual or lawyer.”

Tirona did not give the apology and instead left. Bonifacio declared the election null and void and stormed out with his supporters.

After the convention, “the Magdalos secretly met in order to pursue him (Bonifacio) and should he resist to kill him,” writes De Jesus.

León owner Jaime Ponce de León said De Jesus’ account of the last days of Bonifacio was “the most explosive” of the historical lots to be auctioned.

“This document, while having been featured in works on the Philippine Revolution has never been revealed in full previously and is certainly one of a kind,” Ponce de León said .

Other Gregoria de Jesus items to be auctioned off, according to Guerrero Nakpil, are “a rare autographed photograph of the Lakambini (De Jesus) of the Katipunan (dedicated to the journalist Jose P. Santos) and a letter to Emilio Jacinto.”

Another important auction lot would be the “Letters from various historical personalities to Teodora Alonso,” Jose Rizal’s mother.

Included in the lot are a Rizal family recipe and court documents of the suit brought against Rizal’s mother and her brother in Calamba.