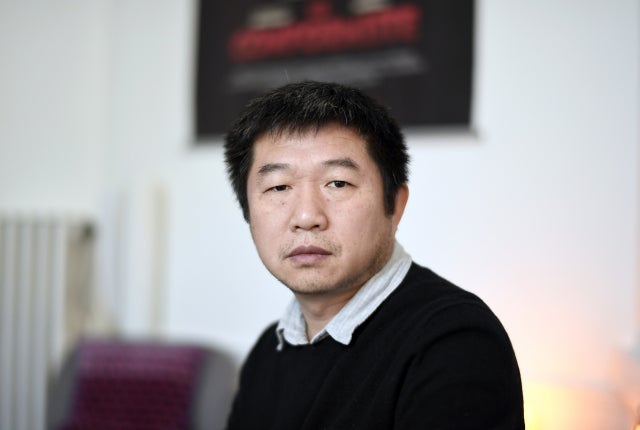 “The Dead Souls”, an eight-hour film-marathon, its title borrowed from the Russian writer Nikolai Gogol, distinguished itself this year at the Cannes film festival for its exceptional length — but the epic running time is standard fare for one of China’s foremost documentary directors.

Now in his 50s, Wang made a name for himself in 2003 with his debut “West of the Tracks”, a nine-hour long documentary depicting the deprivations faced by laborers after the closure of state factories.

The piece was set in the icy winter of northeastern China, where the artist filmed the agonising decline of a once flourishing industrial complex that symbolised of the collapse of an obsolete system.

Wang said he could connect with all walks of life: his friends “are workers or peasants, poets and writers,” he said last year after the release of his latest work, “Bitter Money”.

Wang’s films hone in on those who have been left behind by China’s economic miracle. The “Man with no Name” is a portrait of a hermit in an abandoned village; “‘Til Madness Do Us Part” is the haunting story of patients left to fend for themselves in a dilapidated psychiatric institution.

Born in 1967 in the northern province of Shaanxi, Wang grew up in the countryside, where his parents took refuge to escape the violence of the Cultural Revolution.

A photographer by training, Wang began filming, camera in hand, taking his time, in the early 2000s. His camera often focuses on still, uninterrupted shots.

“When I start filming, I think about the rapport I established with the subjects of the film,” Wang told AFP in 2017. “Every time, right from the outset, I make sure there is no distance.”

“Fengming” (2007) was an unusual three-hour documentary that consisted mostly of a single shot of an old lady recounting the story of her life to the camera, including the “anti-rightist” campaigns of the 1950s and the imprisonment of her husband at the Jiabiangou “re-education through labor” camp.

The film’s raw nakedness was a poignant testimony to the forgotten victims of the “Chinese gulag”. Haunted by this dark chapter in the forging of Chinese socialism, Wang returned with “The Ditch” in 2010, which was based on 100 testimonials.

Shot without official permission, the film describes the Jiabiangou camp in the Gobi Desert where 1,500 “rightist” political prisoners were decimated by famine in 1960. Barely 300 survived.

“All around us, every day, are people with difficult lives who are not being paid attention,” Wang told AFP. “The difference is that on the screen, we dwell on their problems.” CC