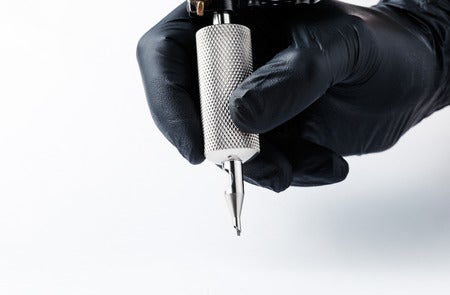 A mother from Sweden was mortified after she found that a tattoo of her beloved children’s names had a glaring error.

Three years ago, Johanna Giselhäll Sandström wanted a loving reminder of her two kids inked on her skin. However, in the tattoo studio, her son Kevin’s name turned into a Kelvin, reports Blekinge Läns Tidning.

She admitted that she failed to proofread the design and was shocked when she saw the mistake: “I thought I was going to faint.”

The artist did offer a refund — after having a laugh at it — and Sandström started to look into tattoo removal with her husband.

Dismayed that it would take multiple sessions, the couple decided to smooth out the situation with another solution: rename their son, who was then almost two years old.

The young boy, now five years old, took to his new name. The family appreciates its uniqueness because not many people are named Kelvin — at least that they know of.

“Now we think it is better than Kevin,” Sandström said in the report.

The family has one more little girl named Freja, and now the mom of three knows what she has to do.

“I’m going to write it down on a piece of paper and check it over ten thousand times,” she promised. Niña V. Guno/JB