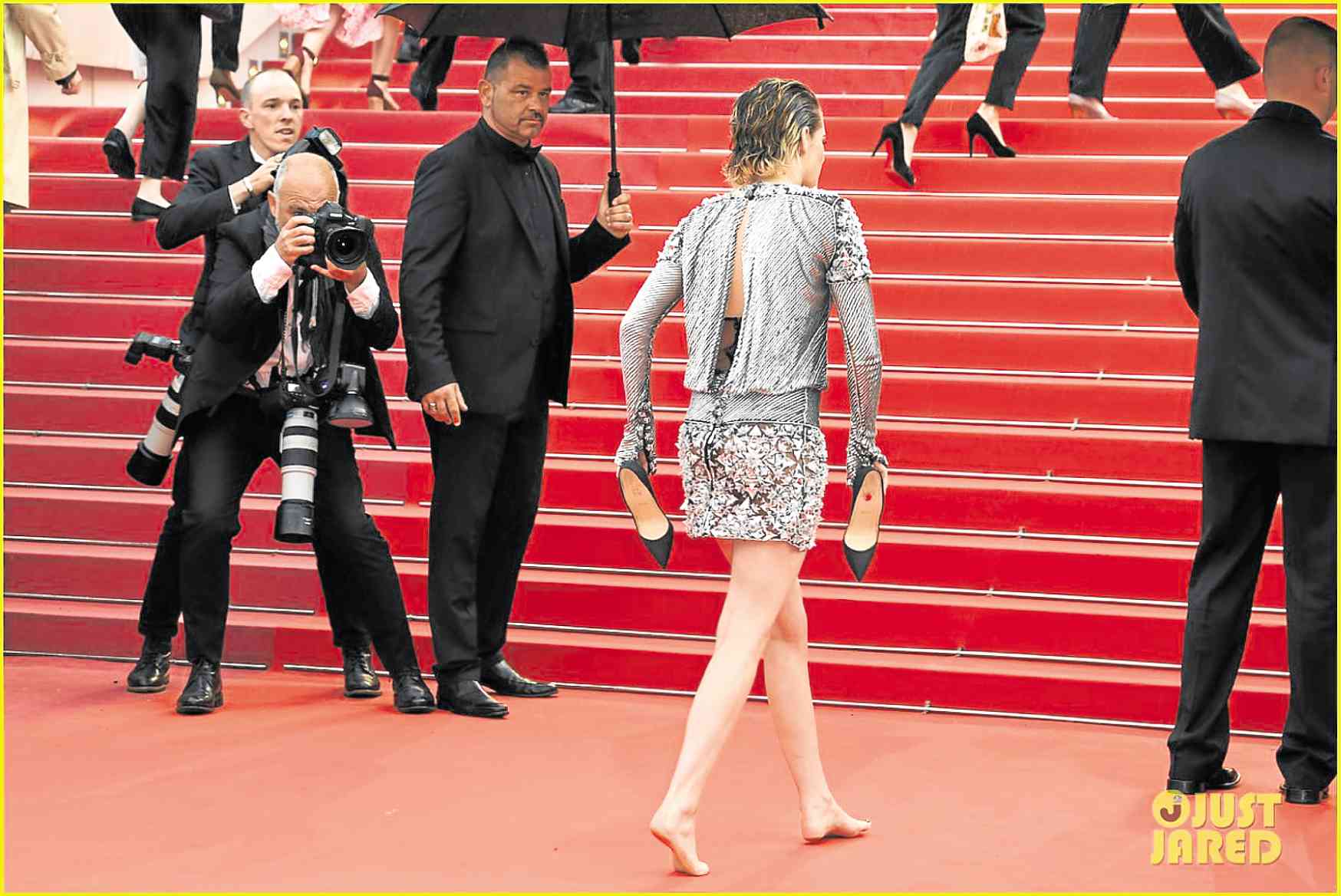 At the Cannes film festival this week, American actress and juror Kristen Stewart gave the virtual finger to the event’s organizers when she ditched her black Louboutin stilettos and walked barefoot on the red carpet.

The festival is infamous for having a no-flat shoes rule on the red carpet. Its organizers have been accused of turning away women not wearing the prescribed footwear at the premieres.

Stewart has been outspoken about her dislike of the festival’s shoe code. Last year, she said in an interview, “I feel like if you can’t ask people that anymore—it’s a given. If you’re not asking guys to wear heels and a dress, you cannot ask me either.”

The actress, who’s an ambassador for Chanel, has been known to wear sneakers with gowns on the red carpet.

Meanwhile, Tom Ford is said to be fuming after Amal Clooney junked the dress his team custom-made for her for the Met Gala red carpet, in favor of a “backup dress” from a young British designer.

According to Page Six, Ford’s team worked on gala co-chair Clooney’s dress for weeks with the understanding that she would wear it on the red carpet, where the dress could get the most mileage.

The lawyer wife of George Clooney informed Ford’s team at the last minute that she would wear Richard Quinn’s floral pants-and-bustier number instead. While Ford’s camp was gracious about it, Page Six’s source said they would’ve preferred her not to wear the Ford dress at all if she wasn’t going to wear it on the red carpet.

Instead, Clooney changed into the red Ford dress that mimicked stained-glass church windows at the Met museum’s gift shop, and wore it throughout the private dinner.