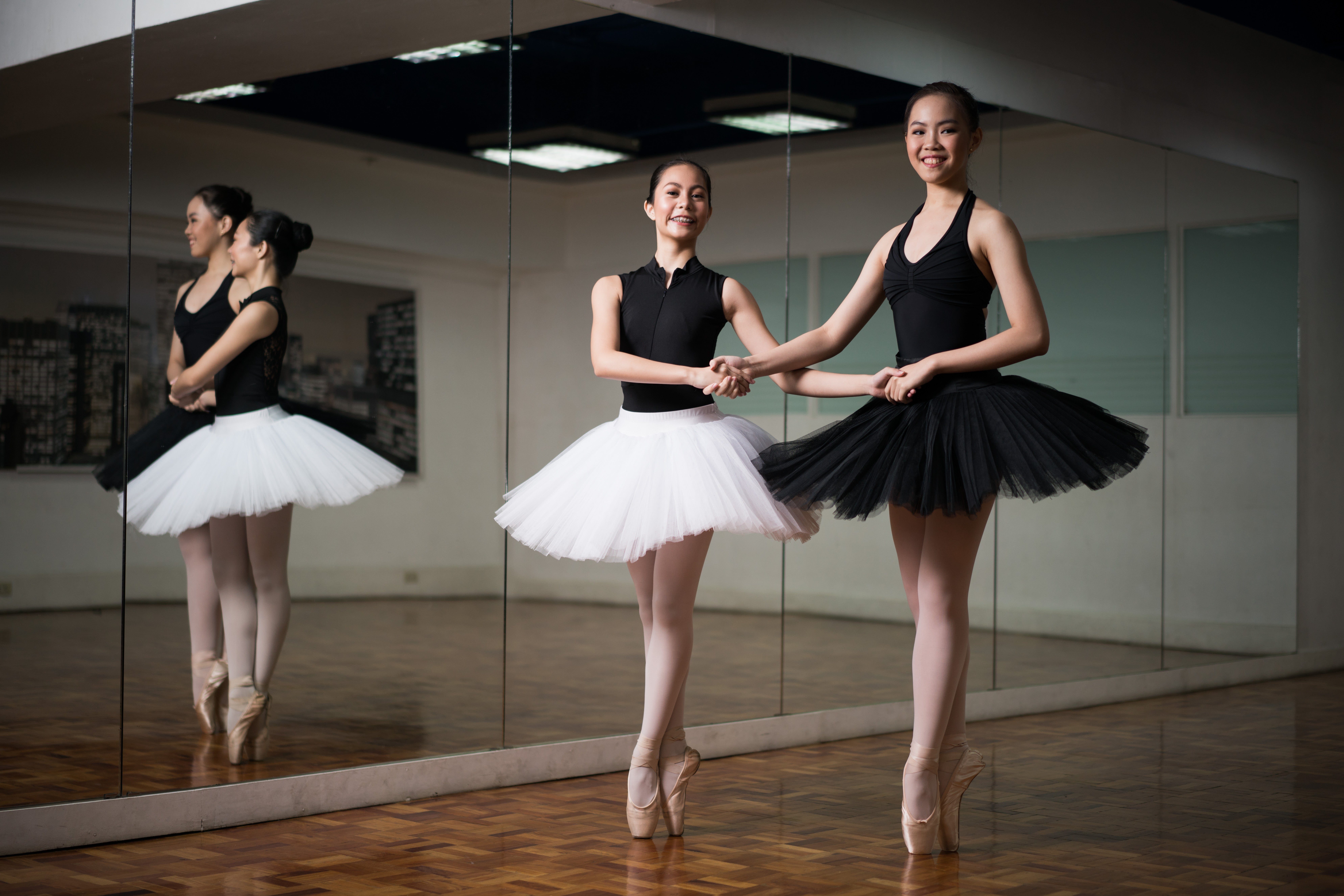 It was six in the morning when ballet dancers Chimee Yatco and Therese Riego learned that they passed the auditions for American Ballet Theatre’s (ABT) Summer Intensive program. The good news was enough to jolt them like thunder and lightning.

“My mom woke me up to tell me the news,” says Riego. “I screamed and banged my head against the headboard. I was in disbelief.”

Who wouldn’t be? In the world of ballet, one of the most revered institutions is ABT. Considered America’s national ballet company, it is notable for high-quality performances by some of the world’s greatest dancers today including Misty Copeland, Stella Abrera and Gillian Murphy.

A slot in ABT’s Summer Intensive program is one of the most coveted by any dancer. Young ballet dancers from all over the world audition for it, but only a select few pass.

Being in the program is more than just an opportunity to learn from some of the world’s greatest teachers; it also proves that the dancer has great potential.

Yatco and Riego are out to prove that the Philippines has world-class training.

Riego was only three years old when she started taking ballet lessons. Her mother took her to several dance schools to see if she’d like it, though she didn’t really enjoy it.

“I didn’t like to sweat, so I stopped,” she recalls.

But three years later, her mother took her to see “The Nutcracker” and she fell in love with it.

The classic two-act ballet, which featured Candice Adea as Clara, made Riego realize that ballet was something she wanted to start doing again.

“I realized how much I wanted to dance like her (Adea)… I turned to my mom and said, ‘I want to take ballet,’ and I’ve never stopped since,” she admits.

Now 14, Riego is about to start the experience of a lifetime. She credits her mentors for helping her get to where she is today.

“Teacher Sarah Alejandro was the first to make me more aware of my body and how to adjust the way I dance to avoid injuries,” she points out. “Teacher Cyril Aran Fallar helps me push myself harder and become stronger. Teacher Vic Ursabia is my coach and he challenges me to achieve my full potential. He never fails to have faith in me, which is one of my biggest motivators to continue dancing.”

It was also Ursabia who helped her earn a spot in the ABT program: “Teacher Vic and I made a video about our exercises. He shot and edited the video, then we sent it to ABT.

“The classes are six hours a day, five days a week. I expect to have classes that push me as much as Teacher Vic’s classes do, and that I will be very tired at the start. Eventually, I think I will get used to it and become a stronger and better dancer.”

Her plans after the program? “I would like to pursue ballet internationally, hopefully in the United States or Europe. I hope to do it when I’m in college,” she says.

For now, Riego is determined to keep pushing herself to be the best dancer she can be: “I did not wake up today to be mediocre.”

It was from watching “Barbie” movies that Yatco wanted to start ballet. She decided to try at the age of four, but was too afraid of the older dancers, so she stopped. “I kept clinging on to my mom!” she exclaims.

It was only when she transferred to the School of the Holy Spirit that she gave ballet another try. It helped that House of Dance was conveniently close to her school.

“House of Dance taught me everything I needed to know about the basics of ballet, thanks to my supportive ballet teachers, Kimberly Clarete and Finina Lava,” says Yatco. “Mirella Clarete, artistic director of House of Dance, was also the one who convinced me to audition abroad to help me improve my technique as a dancer.”

Yatco eventually passed the workshop auditions for Goh Ballet in Vancouver, Canada, and offered a spot on the annual program where, apart from improving her technique and working on her flexibility, she was also able to learn about the stories behind the dances.

After the program, she came back to the Philippines and enrolled in Ballet Manila, simultaneously attending the summer program at VGU Dance Studio.

“With the help of Lisa Macuja, Shaz Barroso and Teacher Eileen Lopez,” Yatco recalls, “I was able to improve my technique, artistry and skills, especially after being given the role of Mercedes, Queen of the Dryads, and Bridesmaid in our recital of ‘Don Quixote.’”

Now 17, she intends to continue her training under Anatoli Panasyukov, ballet master of Philippine Ballet Theatre. She believes it will help prepare her before she flies to New York for ABT’s Summer Intensive program.

“I expect it to be exhausting yet enjoyable,” says Yatco. “I hope to remember everything they teach me and that I’ll be able to come back to the Philippines a much stronger dancer than I was before.”

Like Riego, her goal is to continue pursuing ballet abroad, hopefully with the ABT greats: “I hope to be accepted into the ABT company after this Summer Intensive Program,” she says.