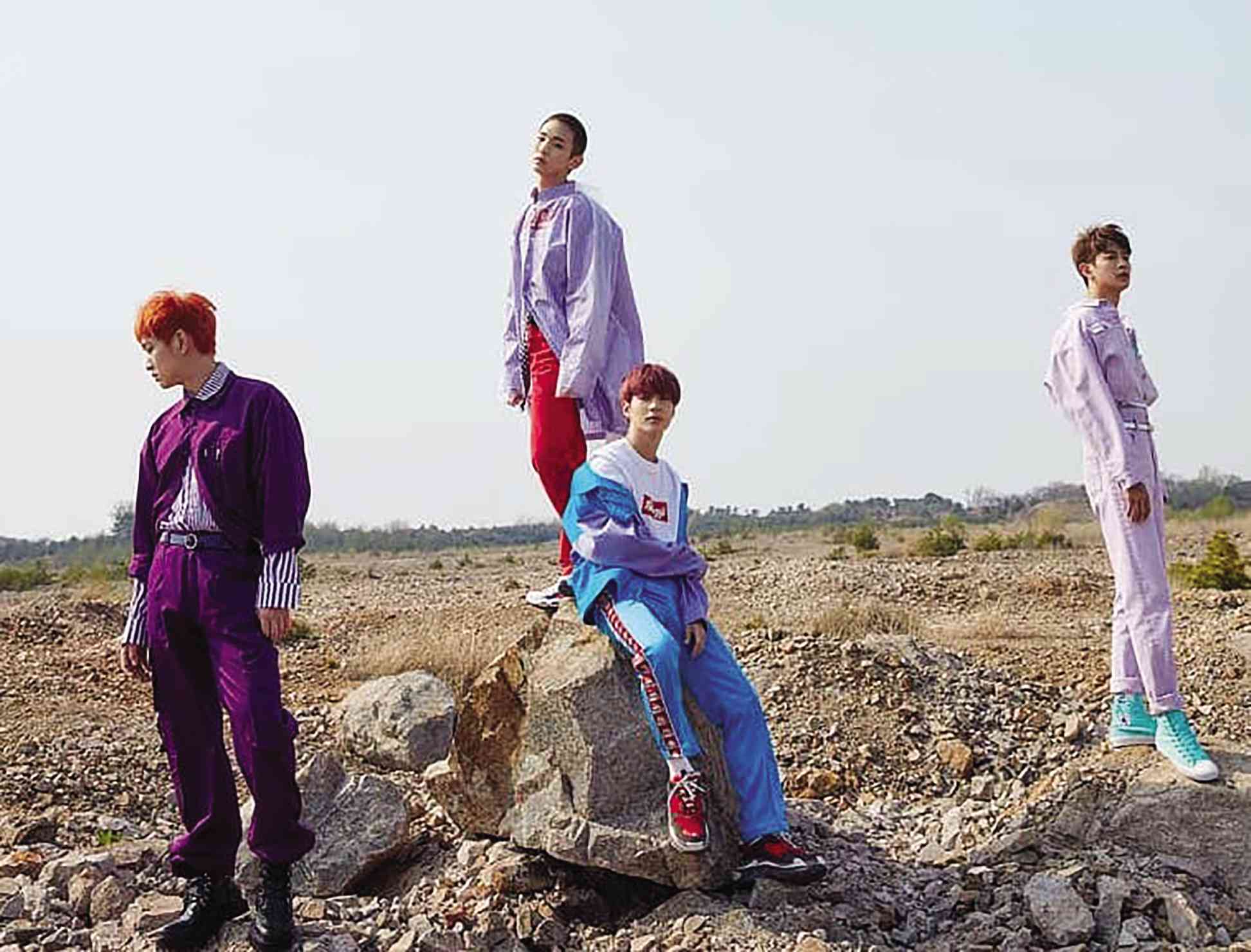 The SUPER guide to SHINee

Former US President Barrack Obama said young Americans learn Korean to keep up with SHINee. The South Korean boy band celebrates their 10th anniversary on Friday. It’s high time that you learn about them.

Onew (Lee Jinki)
Nickname: Dubu (tofu) Onew
Birthday: Dec. 14, 1989
Instagram: @dlstmxkakwldrl
Twitter: @skehehdanfdldi
Why we love him: He is called tofu for a reason. He is so clumsy he trips on his own feet. You can even make slapstick show dedicated to the number of times he fell flat on his face. He injured his ankle once during a performance that it prevented him from getting up in the music video of “1 of 1.” Even with that, he can melt you into a helpless mush once he turns on his charm offensive. His aegyo on “Weekly Idol” has been the standard of aegyos for all idols for weeks.

What makes him standout: He has one of the most unique and identifiable vocals in the K-pop world. He and Jonghyun make a powerful vocal duo and they present it in the song, “Please, Don’t Go.”

Leader first: SHINee members have voted him as the person they will most likely confide in when they have problems. They said it is because he listens well and also because he tends to forget conversations making him the best person to share secrets with!

On the road: We see a lot of his personality in the show “One Fine Day.” For one, we know that left to his own devices, he will sleep all day on trips and compose silly songs. He probably will not even lift a finger to take a selca if he did not have to. Can we say #vacationbuddy
goals?
YouTube keywords: Type “Onew + mukbang.” Make sure you have a bowl of ramyeon in front of you when you watch this.

Choi Minho
Nickname: Flaming charisma
Birthday: Dec. 9, 1991
Why we love him: For the uninitiated, Minho is the lure that invites you into the fandom. You will willingly give up fresh air to drown in his puppy eyes. Those who are not into K-pop but consume a lot of dramas probably fell in love with him in one of his popular dramas like “To the Beautiful You” and “Hwarang.”

What makes him stand out: Minho’s competitiveness and athleticism is one for the books. He is an Ace in “Let’s Go! Dream Team” and his high jumps make an enjoyable watch. He also received a gold medal for the 110-meter hurdle in “Idol Star Athletics Championships.”

Key and Taemin often tease him about getting mad for losing even on video games in their dorm room. He explains that he hates losing so much especially if the knows he is capable of winning.
Impressive genes: Ever wondered where he got his tenacity and discipline? Minho’s father is a professional soccer coach. The idol initially wanted to become a player but his father did not approve of it. We really have to thank coach Choi Yun-kyum for gifting his son to K-pop.
YouTube keywords: Search “2 days & 1 night + Hwarang + skipping rope.” You’re welcome.

Key (Kim Kibum)
Nickname: Almighty Key
Birthday: Sept. 23, 1991
Instagram: @bumkeyk
Why we love him: He is one of the most powerful performers during live concerts. He makes it hard for you to peel your eyes off of him even when he is not your bias.
What makes him stand out: Key is unafraid to try out new things. He recently shaved his head and saved the process for posterity on his Instagram account. Head shaving is almost unheard of for idols because they need to keep their hair long enough for easy styling. His wild fashion sense awes and sometimes shocks fans and onlookers alike.
His favorite: Key loves tomato ketchup. He loves the red condiment so much that the waiters at the restaurant he was eating in at London gave him an entire bottle as takeaway. We also enjoyed watching him chow down a bag of sorrel like they were potato chips.

Taemin (Lee Taemin)
Nickname: Power Taem, Dancing machine
Birthday: July 18, 1993
Why we love him: We first saw Taemin literally as boy. He was only 14 years old when he debuted with SHINee. In fact, when “Hello Baby” came out two years later, Shawol’s concern was how can baby Taem take care of baby Yoogeun? The maknae (youngest member) has since come out of his shell. He said it himself, he is now a man. In the recently concluded Dream Concert 2018, Taemin’s performance under the rain accentuated how very fine specimen of a man he has become.

What makes him stand out: Away from his hyungs (older members) who are protective of him, it is revealed that he is bit of wild child. He enjoys extreme sports like skydiving and literally standing on the edge of a cliff.

Always a baby: His hyungs will forever worry about him. He loses stuff easily, including important documents like tickets, immigration cards and an entire luggage. He once carried a plastic bag with all his stuff in it because he lost his bag. It earned him the title “magic hands,” which meant that whatever he holds, he loses.
YouTube keywords: Search for “Dream Concert 2018 + Move + Taemin.” Goosebumps!

Jonghyun (Kim Jonghyun)
Nickname: Bling bling Jonghyun
Birthday: April 8, 1990
Death: Dec. 18, 2017
Why we still love him: Jonghyun’s passing has not dimmed his light. The album “Poet/Artist” has shown how musically gifted he is.
What made him stand out: Jonghyun had been awfully kind when he was still alive. He brought into light important issues that were taboo in South Korea like the LGBTQ and mental health. He was a feminist, often complimenting female artists on their musicality rather than just their looks.
What we miss about him: Everything. We miss him with every fiber of our Shawol being.
YouTube keywords: “Jonghyun’s smile”