‘Burn The Stage’: BTS beyond the scene | Inquirer Lifestyle 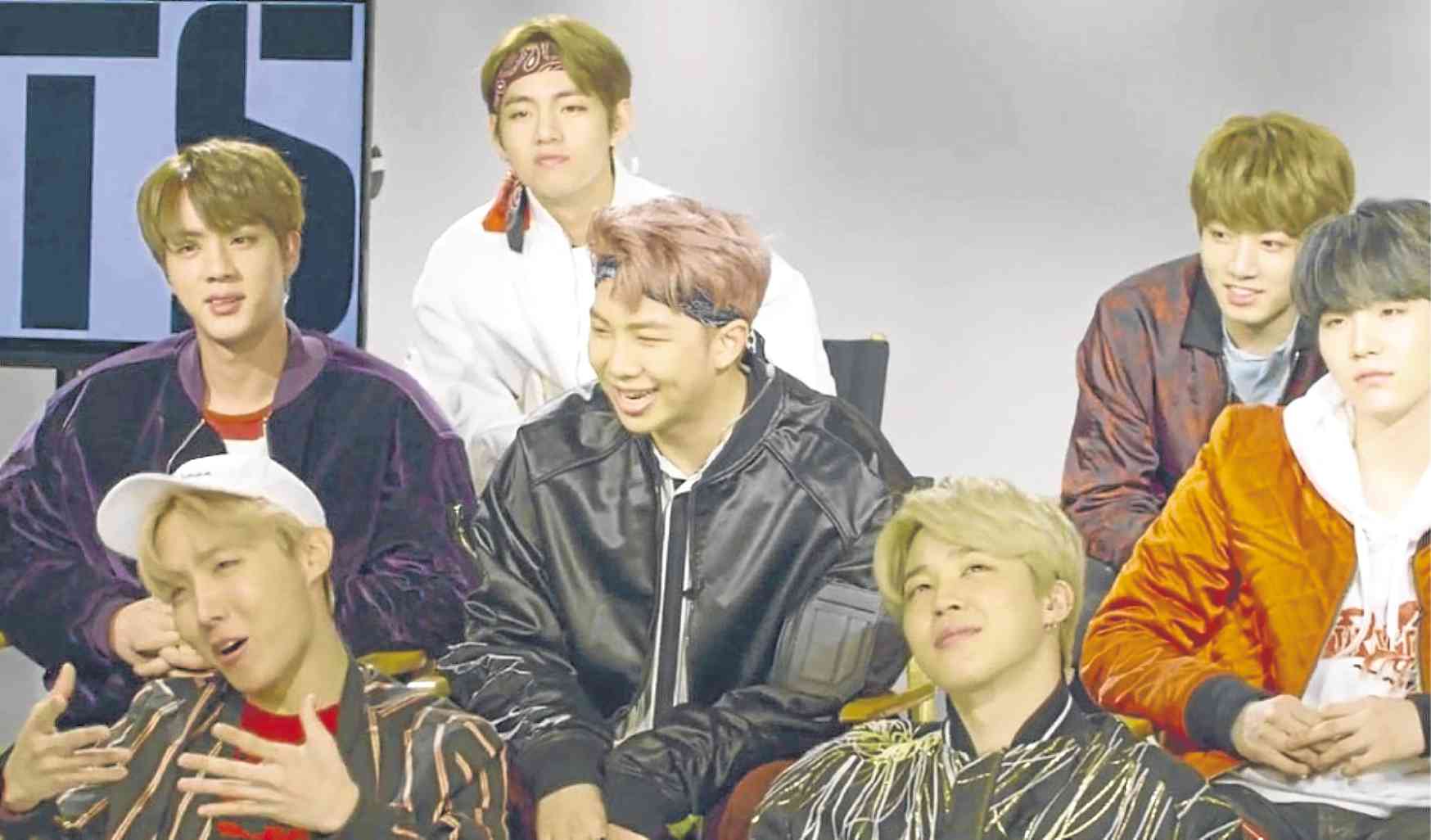 At an interviewwith iHeart Radio in the United States

‘Burn The Stage’: BTS beyond the scene

Last year was a good year for South Korean boy group BTS or Bangtan Sonyeondan (Bulletproof Boys). It is about to get better with their imminent performance at the Billboard Music Awards.

Before the group embarks into another concert tour after their comeback, fans can look back through their first YouTube Original series, “Burn The Stage.” It follows the members: RM (leader), Suga, Jin, J-hope, Jimin, V and Jungkook as they prepare not only for their group stages but for their solos as well.

“The Wings Tour” was sold out and took BTS to 20 cities across Asia in 300 days, South America and the United States. Manila was one of their stops. Their albums charted. And their social media presence was acknowledged through their win at the Billboard Music Awards.

The first episode can be viewed for free on YouTube via their official channel Bangtan TV. Episode 2 and onwards are on a pay-per-view basis through YouTube Red. Each half-an-hour episode is worth P87.

It is common knowledge for those familiar with BTS that since their debut they’ve thrived on sincerity—reflected in the music-making, performances and engagement with ARMYs (BTS fandom).

The series follows the members backstage, during rehearsals, or during time-off in between tour stops.

“Wings” holds a special place in my heart as a fan. Borrowing a line from RM, the concept for this era is about “overcoming limits.” As he said: “I hope you know your limits well. But don’t stay within those limits.”

Each episode presents BTS in this light, having members share their own thoughts in the personal commentaries about specific moments in their journey in the music scene.

Watching each member prepare for their solo performance, I was moved by how much they are willing to do just to be loved for who they are and what they do. I would be lying if I say I didn’t cry after each episode. Their sincerity in being artists, in doing music, made an impression on me.

Their personal histories are contained in their solo songs. They weren’t doing it to gain sympathy, but rather to spark empathy in the audience. They wanted to touch lives with their music the way music had touched their lives, RM shared in one episode. They wanted to let people find comfort in every song they perform.

In an episode, Suga, the main rapper, shared about that one time he met an accident because he was working part-time to be able to afford his studies, while also supporting his music-making dream. There was also Jungkook fondly reminiscing how his “older brothers” guided him all throughout his trainee years, having to brave Seoul at the age of 13.

I enjoyed watching light moments wherein members joke about each others’ quirks, like J-Hope’s funny anecdote about Suga’s tendency to appear “cool.” In charge of bringing in the cake on each member’s birthday, Suga once waved J-Hope away because he was too determined to make him blow out the candles. There were also clips of Jungkook being the jester of the group, pulling pranks and testing the older members’ patience with his teasing.

I specifically loved the parts that featured the group’s harmony. One thing that made me love them even more was knowing how attuned they are with each other. I was surprised to know how they resolve conflicts within the group, like when Jin and V got into a spat regarding their performance. They sat down and fixed it together. Their chemistry as a group is one thing that I admire about them the most. It made me realize that there really is strength in numbers. That being strong on your own can only do so much.

This documentary aims to not put the group on a pedestal, but rather show that they are just like any other young people out there. They get frustrated, they cry, they get hurt, they make mistakes, but still, they try to live life to the fullest.

All in all, this series perfectly captured who Bangtan Sonyeondan are beyond the scene.