In Egypt, a marionette maker strings together memories | Inquirer Lifestyle 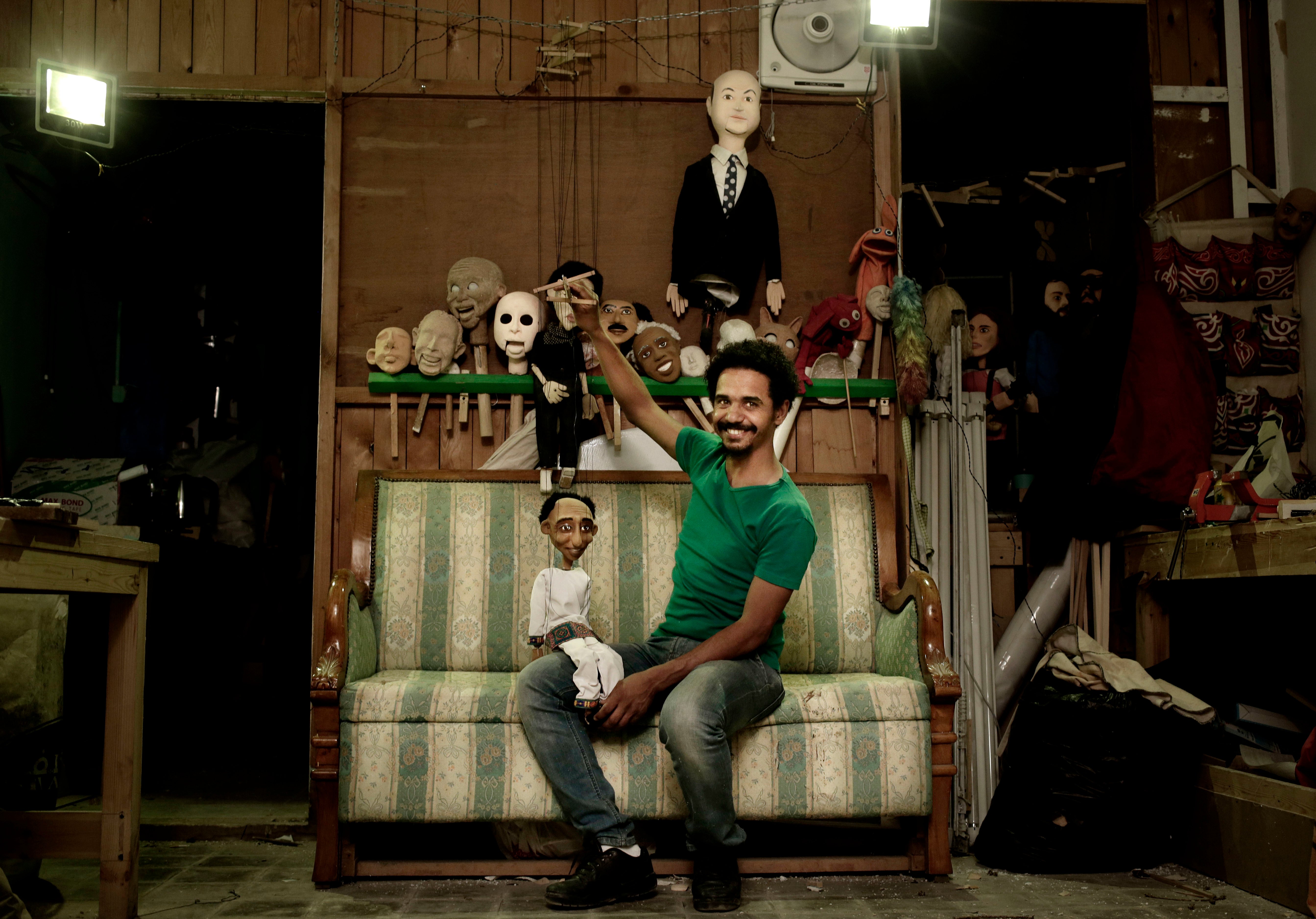 In this April 24, 2018 photo, Egyptian artist Mohamed Fawzi Bakkar poses for a photograph with his favorite puppets at his workshop, in Cairo, Egypt. Bakkar designs and builds marionettes from scratch, hoping to revive a traditional art. The 32-year-old spends hours or even days designing puppets inspired by Egyptian life — farmers, street vendors, butchers and the occasional celebrity. Image: AP/Nariman El-Mofty

In Egypt, a marionette maker strings together memories

The 32-year-old spends hours or even days designing puppets inspired by Egyptian life — farmers, street vendors, butchers and the occasional celebrity. He devotes special care to the faces, hoping to make them as unique and realistic as possible, and then he puts on shows.

Puppet shows were traditionally performed for adults and children alike, often as nightly entertainment during Ramadan, the holy month when Muslims fast from dawn to dusk, which began last week.

The art form has deep roots in Egypt.

When the Ottoman Sultan Selim the Grim sacked Cairo in the 16th century, he was said to have been so amused by a puppet show depicting the hanging of the vanquished Mamluk ruler that he sent the puppeteer to Istanbul to perform it for his son, the young Suleiman the Magnificent.

The most famous show of recent times was “El-Laila El-Kebira”, or “The Big Night”, first performed in 1961. The show recreates a mawlid — a popular street festivals held in honor of local holy figures — with folk songs and dancing. The characters include a village leader, a lion tamer and a belly dancer.

On a recent night at a cultural center in Cairo, Bakkar performed a marionette version of an Umm Kulthum concert, with a puppet standing in for the famed Egyptian diva, who dominated the airwaves across the Arab World from the 1930s until her death in 1975.

He laments that there are only two venues for performing puppet shows in Cairo and only a couple dozen marionette artists.

“We all dream of having an academy in Egypt that would teach the art of puppetry and to have a theater in every city,” he said. “I really dream of having my own theater.” CC

5 traditional dolls around the world