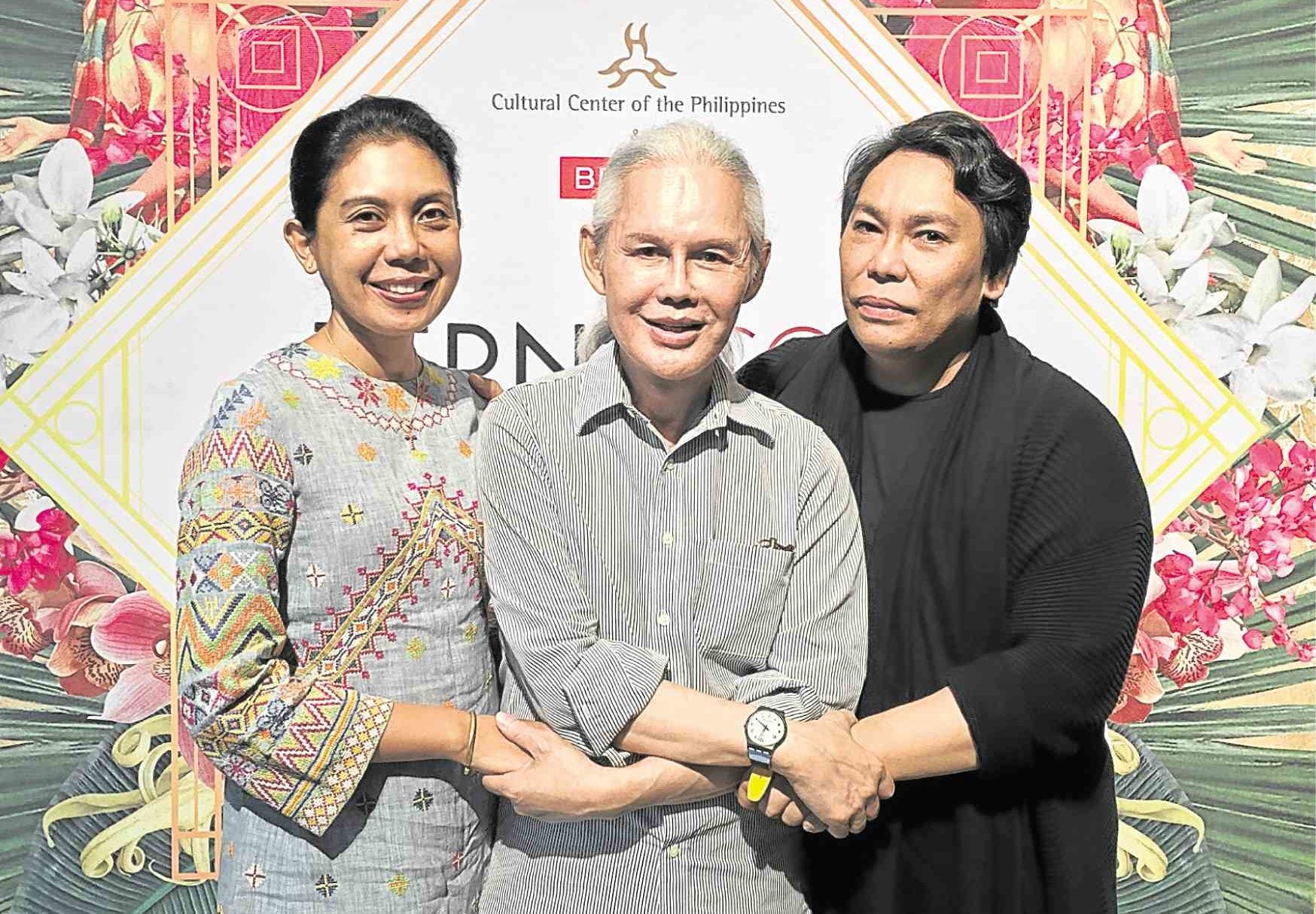 In her halcyon days as first lady, Imelda Marcos, a proponent of the modern terno, once insisted on changing the proportions of the national dress to make it more flattering to her body.

She told couturier Ramon Valera to make the butterfly sleeves smaller and shorter—three inches above the elbow. Then the top of the sleeves were subtly beveled instead of upright.

These techniques gave the illusion of a wider shoulder and drew attention to Marcos’ waistline. Hence, the silhouette.

The neckline circumference was adjusted to make her neck look longer.

Scenographer and costume designer Gino Gonzales revealed this information while trying to explain the terno’s design during the recent Ternocon or terno convention at the Cultural Center of the Philippines (CCP).

The workshop is in preparation for a terno design competition and cultural program on Nov. 11 at the CCP Main Theater.

At the Ternocon, 30 participants from 17 provinces were selected from the first mentoring program in 2017.

They will produce a balintawak or daytime cotton terno and a formal terno for the competition. They will be coached by Inno Sotto, JC Buendia, Cary Santiago and Len Cabili.

The three-day workshop was a continuing mentoring program, organized by Bench and the CCP. It highlighted the modern methods of terno making and construction techniques by veteran designers.

This educational project was born out of a definitive book on the terno’s historical development, co-written by Gonzales and designer-educator Mark Higgins.

“Fashionable Filipinas: An Evolution of the Philippine National Dress in Photographs 1890-1960” was published by Bench in 2015 as the brand’s #LoveLocal advocacy in promoting Filipino culture.

Still, the book was insufficient in educating the people on terno.

In 2017, Gonzales, under the aegis of Bench and the CCP Cultural Exchange Department, led workshops in Vigan for Luzon designers, Bacolod for the Visayan designers and Mindanao. One of the resource persons was Lina de Leon, who headed CCP’s costume shop.

While the first workshop concentrated on technicalities such as making patterns from period terno, the second phase discussed the common challenges faced by designers such as the creative process in customized clothing, drawing up design sources, working with clients and partners and fashion propriety.

As facilitator, Gonzales said Ternocon aimed to inspire designers to reinvigorate the terno into an attire that is not only wearable for all occasions but also one that resonates with the modern woman. He noted that designers today need to have a frame of reference, or “hugot,” as justification for a design or a look.

“Many designers tend to stylize without knowing the roots,” he said.

The mentors showed diverse viewpoints on the design process.

Sotto brought out various luxurious fabrics such as silk gazar and duchess satin and explained how fabric weights influenced the design. He discussed how he culled from history and culture, and urged the participants to be fearless in experimenting.

“Be curious about things, you can’t just look at magazines. Open your mind. There will be an image or color you remember. Draw from that,” he said.

Buendia showed how to make a classic terno sleeve using the mold and how not to over-decorate.

Cabili shared her experience of working with local artisans and how indigenous designs and the quality of craftsmanship made her clothes appealing.

Santiago talked about conceptualizing the design, working with a dress form, the use of computer-aided design and his signature laser-cutting techniques. He emphasized that embellishments are hand-stitched and not sewn by machine, for the dress to be considered high fashion.

Santiago told Inquirer that the Ternocon is important in preserving an important tradition. He hoped that events such as these would draw interest in the terno. “When you see Filipino attire, they are either not well crafted or too formal or pang-matanda (for old people). It should be worn in more occasions other than events that prescribe a Filipiniana attire. The terno reflects our identity and our national pride. We have to tell the young designers to love the terno.”

All told, Gonzales said, “We hope the participants will shine on a national level after this workshop. Optimistically, we’d like see that their terno be desirable.” –CONTRIBUTED