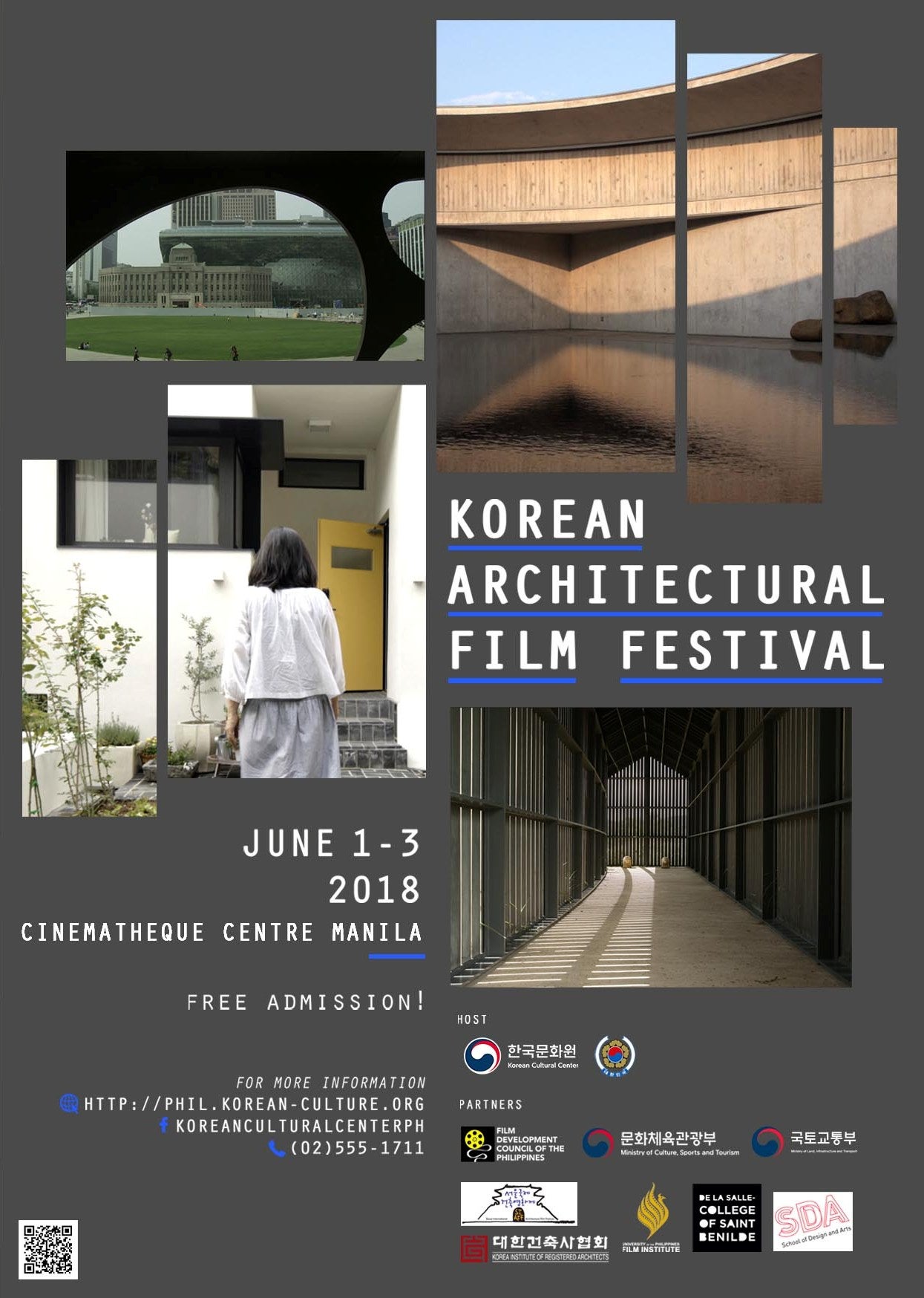 Architecture film festival presents a different side of Korean culture

The Korean Wave didn’t stop at K-pop, K-drama and K-beauty. Over the last decade, a festival of films and documentaries held annually in Seoul, has put the spotlight on Korean architecture, and now the event will be brought to Manila for the first time.

The Embassy of the Republic of Korea and the Korean Cultural Center (KCC) in the Philippines are hosting the Korean Architectural Film Festival (KAFF) on June 1-3 at Cinematheque Centre Manila.

The festival presents four cinematic entries, among them “The Architecture of Time,” a documentary about the life and work of celebrated Korean master architect Itami Jun, who passed away in 2011. The film focuses on three of Jun’s works on Jeju Island called “Water,” “Wind” and “Stone.” They’re art museums that embody the architect’s design philosophy which involved a deep respect for nature.

Two films explore the politics and bureaucracy behind the design and construction of Seoul City Hall, and Seoul’s residential and urban planning. Both are by the director Jeong Jae-eun, who began her career making female-centric short films and now has expanded her repertoire with architecture- and urban-themed documentaries. A Director’s Talk session with Jeong is scheduled on June 1.

The architecture film fest, said KCC junior manager Song Jieun, is part of efforts to “find new tools to introduce Korean culture.” Seoul has been admired for being an organized city space, she said, but with rapid growth and success also come crisis and conflict. Both sides of the coin are presented in equal measure.

The KAFF will also screen two film projects by architect Gerald Lico, in partnership with the Film Development Council of the Philippines.

The documentary “Arkitekturang Filipino” tackles the question, “Is there such a thing as Filipino architecture?”; “Masterbuilders: Pioneers of 20th Century Philippine Architecture and Allied Arts” is a 21-episode docu series about local industry pioneers and how their work has shaped and influenced Philippine architecture.

The three-day KAFF will have forums by experts from the architecture and filmmaking industries. Korean panelists include an architect-academic from Soongsil University, the commissioner of Seoul International Architecture Film Festival and a member of the Busan International Film Festival’s selection committee. 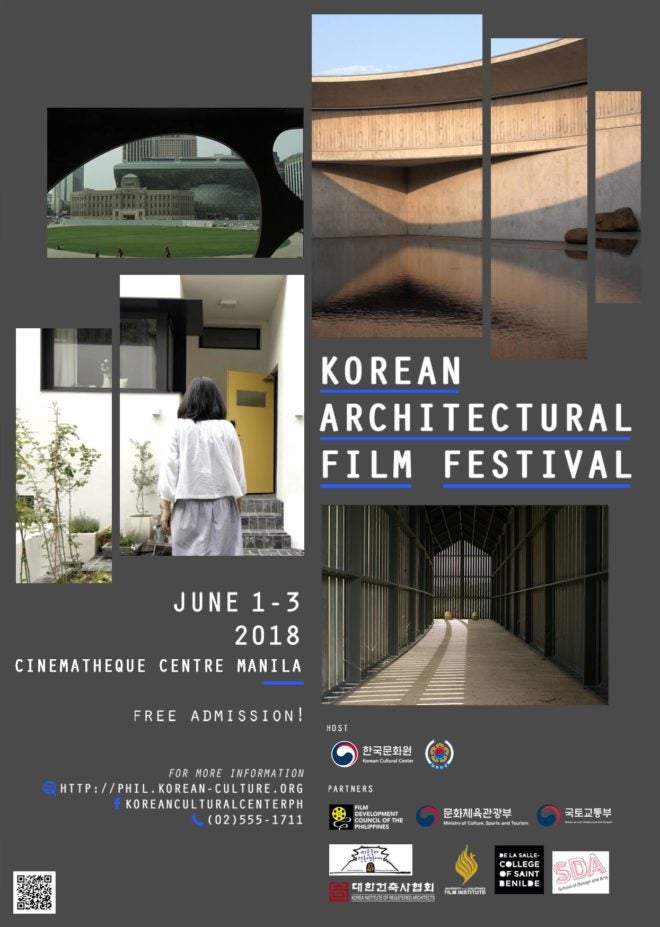