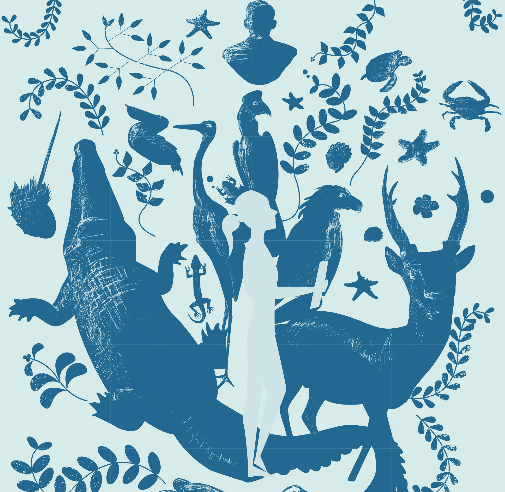 The Super guide to the National Museum of Natural History

When you enter the National Museum of Natural History, climb the stairs leading to the DNA Tree of Life, step inside the steel trunk and into the glass lift, head straight to the fifth floor. Don’t forget to look up.

That is, of course, after standing under the shade of the DNA Tree of Life, the heart of the refurbished museum dedicated to Philippine flora and fauna. Sunshine streams in through the tree’s massive glass-paneled dome which resembles a canopy—and casts its leafy patterned shadow on the ground below.

Underneath the tree’s crown are 12 exhibition halls that house examples of some of the Philippines’ 52,000 species of flowering plants, ferns and animals.

National Museum director Jeremy Barns said unlike most museums where visitors start from the bottom, Natural History museum-goers begin at the fifth floor to the Biodiversity, Geology, Minerals and Energy Resources and Life Through Time galleries, and work their way down.

This rather unconventional format is energy saving for the visitors because it makes for a pleasant downhill stroll through the galleries. Behind the iconic Tree of Life are ramps that connect the building floors.

Barns said that his team had curated the exhibits by biospheres so museumgoers would see which species of animals and plants existed in a specific environment like a rainforest or an ocean.

The museum reopened its doors to the public on Friday, May 18, in time for International Museum Day. Over 3,700 visitors arrived on opening day, and the line to the entrance hall extended outside the building. The numbers doubled during the weekend.

Only three floors of the Natural History museum are open to the public. Barns added that all galleries would be available for viewing on June 19, the birthday of Jose Rizal, the naturalist, to whom the museum is dedicated.

Tip No. 3: Get ready to be surprised

Morbid as it may sound, but seeing the bones of a dead croc hanging several feet up in the air will actually wow you. No matter how many times you’ve seen its photos on Instagram.

Lolong measured 6.17 meters from snout to tail, making him the world’s largest crocodile in captivity. He died in 2013 from multiple organ failure; experts said the stress from being kept in an enclosure took a toll on his health. His skeletal remains are hung above an opulent hall with wide windows and polished tiles. It reminds us of the Barosaurus, the gigantic plant-eating dinosaur with an elongated neck, whose fossil welcome visitors of the American Museum of Natural History.

Speaking of fossils, remember the recently unearthed bones of a butchered rhino found in Kalinga? It is on display in the same hall as Lolong, along with the stone tools used by the homo species who butchered the animal and scraped the tasty marrow off the bones.

The discovery of fossilized bones of the rhino (rhinoceros philippinesis) pushes back the arrival of the first homo species to the Philippines from 67,000 years to over 700,000 years ago.

Tip No. 4: Watch out for Gemma, Pawi and friends

Pawi (as in pawikan) is the “pet name” of the taxidermic green turtle. According to Ana Labrador, assistant director of National Museum, the previous owner’s children gave the name to the deceased reptile. Beside Pawi is a diorama of baby sea turtles making their way from the nest to the sea.

In the marine life exhibit, an enormous butanding (whale shark) “swims” beside equally imposing manta rays (they’re much bigger than you think). A pod of dolphins trail behind the (sigh) endangered gentle giant usually found in the waters of Cebu and Sorsogon. In the middle of the hall is a submarine that gives adult visitors (okay, kids as well) an under the sea experience.

Tip No. 5: Don’t forget your manners

We know the appeal of touching something that is forbidden to be touched. We’ve been there. But these artifacts must be handled carefully to prolong their, uh, life spans.

However, there are museum displays that may be felt, just look for the right sign.

Tip No. 6: After your tour, soak up the art in the National Museum of Fine Arts that is right across the Natural History building. After all, being cultured is free here.

The National Museum of Natural History is open Tuesday-Sunday, 10-5 p.m. Entrance is free.