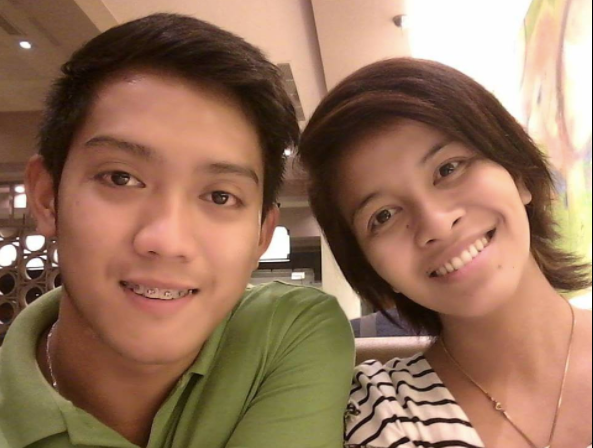 Deaf couple Robelyn Arcangel and Emmanuel Bernardino, both graduates of De La Salle-College of St. Benilde’s School of Deaf Education, were about to enter the Farmers Plaza mall in Cubao last May 25, when they were discriminated by the security guard in a bout of misunderstanding. The incident happened around 3 p.m.

Arcangel recalled that she and her boyfriend were signing and talking to each other as they entered the gate. As with all mall protocols, the guard inspects the bag before entering. However, the zipper of Arcangel’s bag snagged and she found she couldn’t unzip it. She gestured for the guard to wait, but the latter kept pushing her bag with the stick.

“The guard might not have understood what we were saying since we are signing/gesturing,” Arcangel wrote in an incident report shared to INQUIRER.net. “The guard  kept on saying something that we could not obviously hear. My boyfriend informed him through gestures that we were deaf and that we couldn’t hear what he was saying.”

After finally opening her bag and showing it to the security guard, Arcangel stated that the guard still kept saying a lot of things to them. Her boyfriend tried to tell the guard that they were deaf, but the guard, “with a violent reaction gestured us to go away.”

“We were in shock and felt discriminated. It was like we were animals being told to go away. We couldn’t understand the reason why [we’re] not allowed to enter the mall…” continued Arcangel. “We felt ashamed because people were looking at us as the guard kept on gesturing us to go away. We lip-read his mouth, he keep on saying T*NGINA, G*GO, PIPI.”

Bernardino took out his cellphone to take a video, but the guard got angry and challenged him, continuing on with his profanities as he told them to leave. The couple proceeded to another gate instead to report the incident to the management.

As per Arcangel, the mall’s management took swift action and accommodated them. After making them write an incident report, the security guard was called to answer their complaint. They were given a chance to communicate with each other through writing and the security guard eventually apologized, but Arcangel said that they couldn’t see his sincerity because he was laughing.

“We informed him that he was so rude to us. We informed him to respect PWDs like us,” narrated Arcangel. “He apologized, he said sorry, but we couldn’t see his sincerity because he was laughing while saying it. He was not serious. There was no sincerity.”

The couple also wrote that they cannot accept the security guard’s apology. “Me and my boyfriend decided to leave the office because we felt hopeless, they didn’t or refuse to understand our point to respect people with disabilities like us… We left the office sad, depressed and discriminated.”

The video of the security guard has since gone viral in social media. In Arcangel’s latest Facebook post last night, May 28, however, she wrote that they didn’t post the video with intention to make divisions among netizens, “but to make us all realize and to be aware about the special needs of People with Disabilities.”

“We both (me and my boyfriend) think that the main issue here is not only the attitude of the security guard but the lack of awareness of some people regarding PWDs. Lack of awareness and sensitivity leads toward discrimination and improper treatment of PWDs,” she said.

Arcangel also wrote that they are thankful for the mall’s prompt action as well as the security agency for taking the matter seriously.

Meanwhile, despite the gravity of the situation, Bernardino told INQUIRER.net today, May 29, that he and his girlfriend are now doing okay. They, too, will be meeting with the mall’s management for further discussion.

“We feel fine now,” wrote Benardino to INQUIRER.net. “The mall management will have a dialogue with us and it will be scheduled soon.”

In light of the incident, the couple hopes that their experience raises awareness that deaf people and other PWDs also have equal rights and dignity. They too expressed their wishes for government and private institutions to provide sensitivity awareness trainings to their employees, especially when it comes to PWDs. JB

[Editor’s note: INQUIRER.net reached out to the management of Farmers Plaza but no reply has been sent as of this writing. Out of consideration for the security guard, the couple declined to name him.]