Kate Spade made ‘happy’ bags, but it was sadness that killed her | Lifestyle.INQ ❮ ❯ 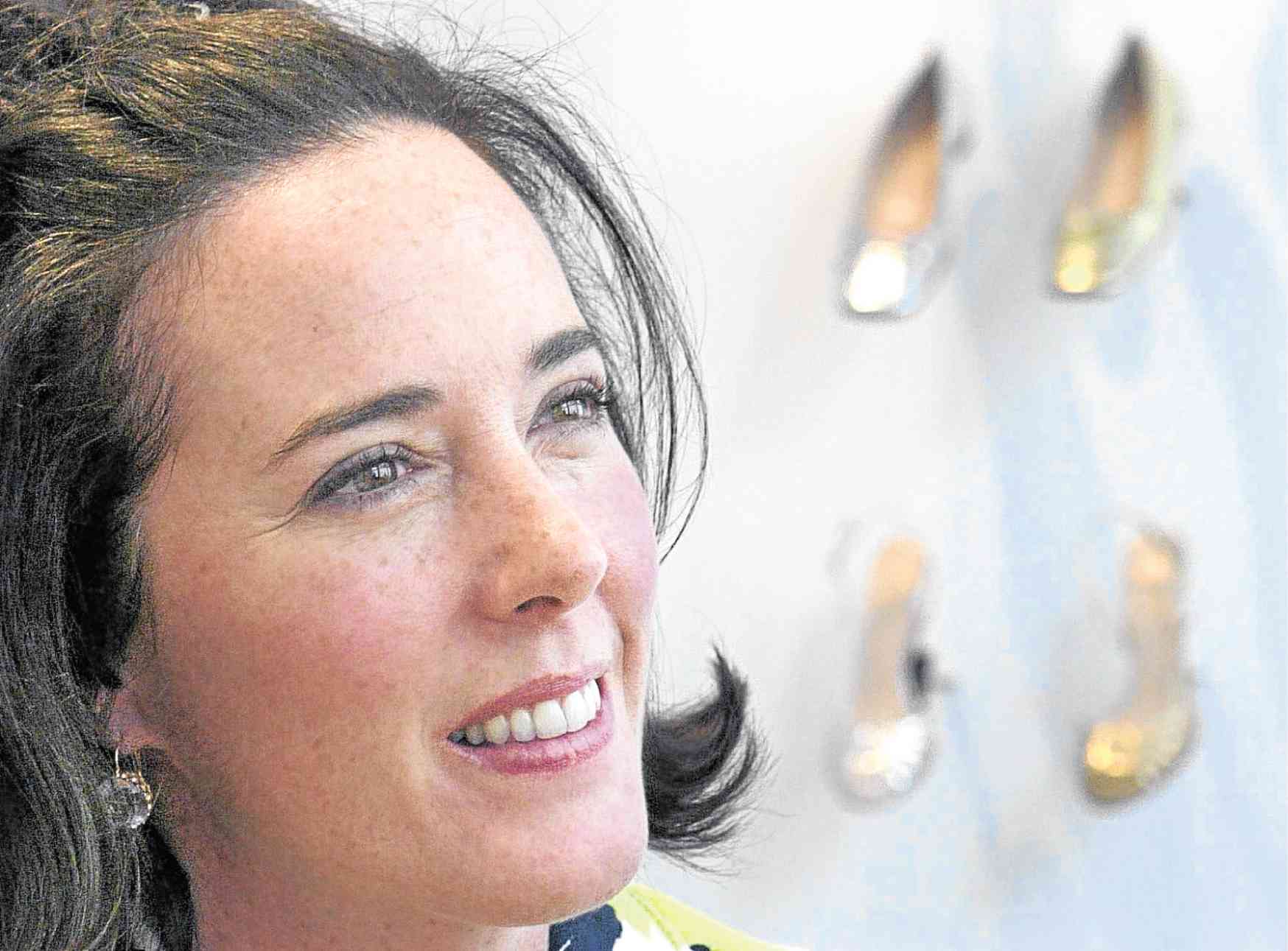 Spade’s sister claimed that the designer was afraid of the “stigma” of being treated for depression, and its possible effect on her brand image. —AP

Kate Spade made ‘happy’ bags, but it was sadness that killed her

The news was all over: Kate Spade, clothing and accessories designer, the famous name behind the best-selling colorful handbags, had killed herself.

Her housekeeper found her hanging by a red scarf from a door knob in the Manhattan apartment she shared with husband Andy and daughter Frances.

A suicide note addressed to Frances was also found, and although New York police have been discreet, showbiz news sources like TMZ have claimed that the 55-year-old designer had assured 13-year-old Frances in the note that it was “not your fault.”

Almost immediately, unhappy details have come out. Magazines like People and US Weekly reported that the couple had separated shortly before the suicide, and that Andy was apartment hunting.

Other reports surfaced, including one from a local newspaper in Spade’s hometown of Kansas, Missouri, quoting her sister Reta Brosnahan Saffo (Spade was born Katherine Noel Brosnahan) as saying the suicide was “not unexpected,” as her sister had been suffering from mental illness for “three to four years,” and had consistently backed out of any attempts initiated by Saffo to get her treated.

This was reportedly contradicted by other family members, who claimed that Saffo and Spade had long been estranged, and that Saffo’s claims were “unsubstantiated.”

Most chilling was Saffo’s claim that Spade had been obsessed with the suicide of comedian Robin Williams in 2014, and had asked Saffo to be sure to “please” attend her funeral.

The reactions of people I know ran the gamut of versions, a microcosm of public opinion. Fellow depressives and those in the know mourned the loss of a “comrade,” as it were.

“When you’re depressed, your mind is not your own anymore,” wrote a good friend of mine in a message. “So sad that she couldn’t hang on long enough to get to the other side.”

Then there were those who lamented, “What? She looked so happy!”

Therein, friends, lies the rub. In this day and age, with mental illness clearly turning out to be the plague of the 21st century, it has become fatal to assume that anybody who looks happy—or, as in Spade’s case, seems to have it all, from the wonderful family life to the stellar career—is actually in a good place.

People can label Saffo a nut case until kingdom come, but the fact is, she’s right. Obviously, Spade was mentally ill, and her sadness killed her.

The worst part, in my view, would be if she really did not seek treatment, as Saffo said, for fear that the stigma would be detrimental to her brand’s “image” as a happy product.

In 2018, when depression is destroying millions of lives because it is still kept hidden; in what is possibly the most tolerant city in the world; and in the most unconventional industry in the universe—somebody was still afraid to be judged.

(Well, she was; the value of Kate Spade stocks went down a notch after the news.)

Maybe her marriage was indeed falling apart, or her family life in a shambles, or the loss of control over her eponymous creations eventually sinking in. One thing is certain: professional help could have saved Kate Spade’s life.

As my friend noted in her message, there is always an “other side.” A psychiatrist could have given her the tools to hang on, ride the swell of depression and get better.

It’s a learned “skill,” however, developed over years of living with the illness: trusting that the other side is indeed there, and getting help from doctors, friends—and yes, one’s faith, if you have it—to cross over.

AFP reported how Robert Dicker, a psychiatrist and associate director at the Zucker Hillside Hospital in New York, warned that celebrity suicides were often followed by an upsurge in attempts.

“We want to be sure that people understand that there is help that is available,” Dicker was quoted as saying.

That is the news we should all be paying attention to.