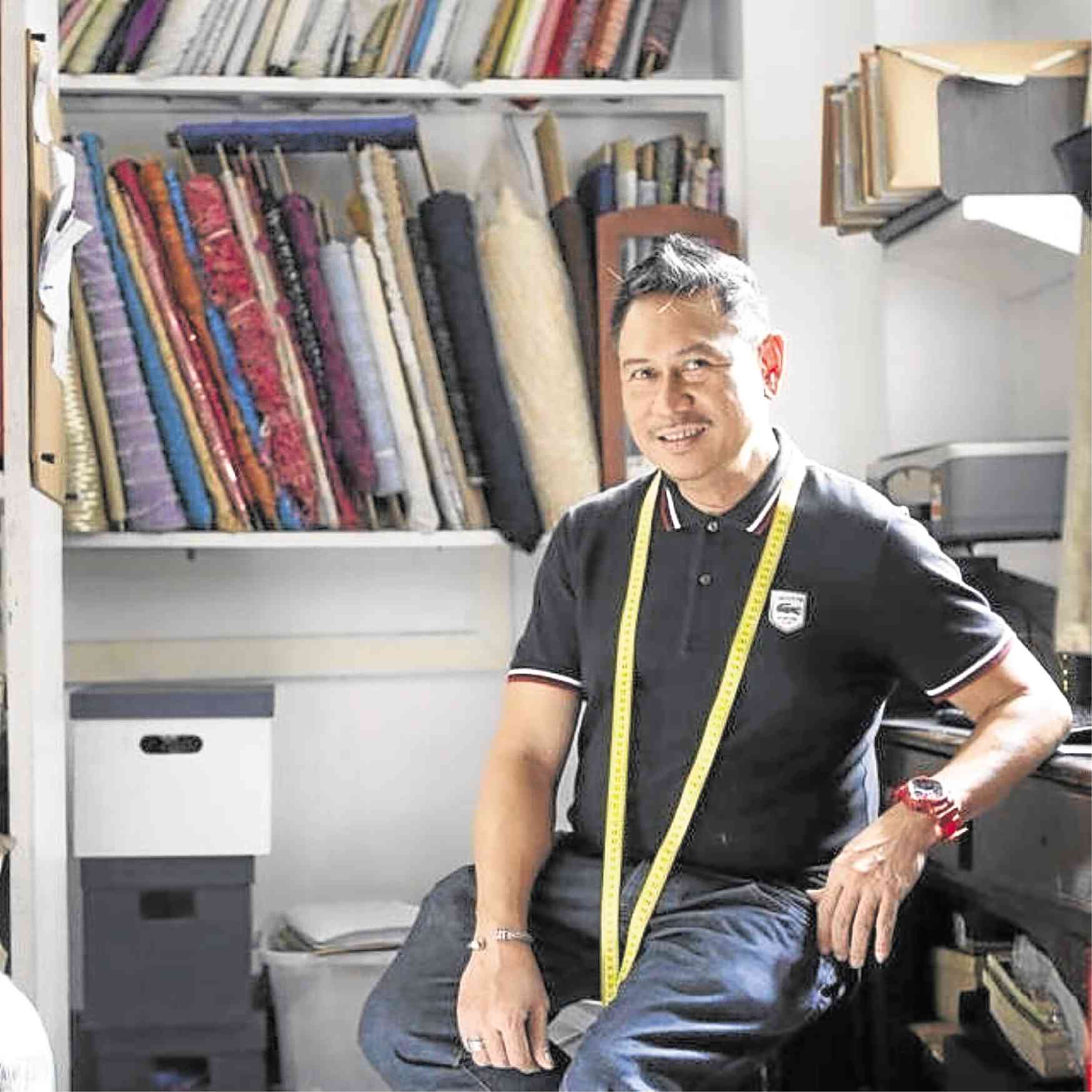 Friends of fashion designer Frederick Peralta, who has been facing health issues, have closed ranks and organized a three-day fund-raiser set this weekend at Marriott Hotel in Manila.

“Federico,” the title of the exhibit and trunk show sale on June 8-10, is also the given name of the well-loved designer who is recuperating from a stroke suffered earlier this year.

He is also dealing with depression that friends say was triggered by the death of his octogenarian mother last year.

His longtime friend and fellow designer Barge Ramos told Lifestyle that they thought of holding an exhibit and sale “because Frederick will be moving to a smaller place soon. Two months ago, his staff put all his gowns, menswear, etc. in 42 balikbayan boxes without any inventory so we actually don’t know what’s inside them.”

Ramos said he and the other friends behind the fund-raiser will go through the boxes one by one this morning (June 8), choose their top 20 or 30 pieces, and price each between P25,000 and P35,000.

“The rest of the clothes may be priced as low as P2,000 each, depending on their condition,” he added.

All of the proceeds from the three-day event will be deposited in a joint account Peralta shares with his good friend, Dr. Dale Avellanosa. The bank account was opened when Frederick’s US-based sister Len Peralta Caro came home to look after him following his stroke.

Ramos said that Peralta is on the mend. “Physically, he is getting a lot better. He can eat by himself and his appetite is good. He needs assistance though to stand up and walk, with a walker.

“Mentally, psychologically it may take a while because of the severe depression he has been undergoing. He’s taking antidepressants and is seeing a psychiatrist. It takes a while for him to answer questions; there are moments he is disoriented and can’t seem to understand what is asked of him.”

In generous support, Manila Marriott Hotel waived the rental fee of one of its function rooms for the event. The show opens today at 4 p.m., followed by a salon-style fashion show at 6 p.m. On June 9-10, the exhibit and sale will be open from 10 a.m. to 8 p.m.

“Jewelry designer Gerry Sunga has offered the third floor of one of their properties for storage of Frederick’s things after the Marriott event, free of charge, so that takes off a lot of stress on our part,” Ramos said.

“We might think of another event like a fashion show tribute to Frederick in the near future,” he added.