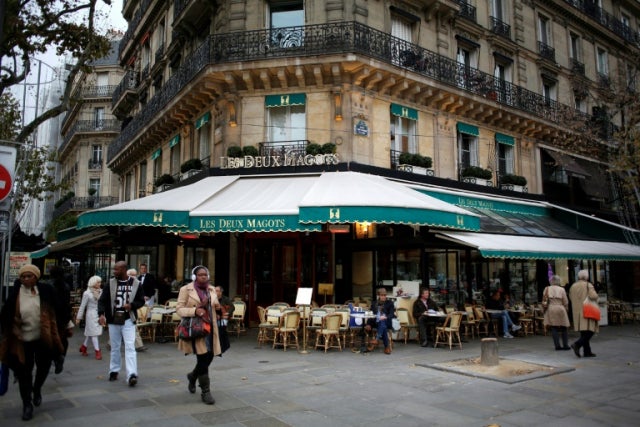 Parisians fear their world-famous bistros and cafes could be under threat. Image: AFP/Eliot Blondet

A group of Parisians has launched a campaign for UNESCO to award cultural heritage status to the French capital’s bistros and cafe terraces, almost three years after terror attacks in the French capital which left 130 people dead, some of them gunned down in cafes and restaurants.

An association— made up of bistro owners, actors and other private individuals — has been set up to submit an application for Paris’ bistros and cafe terraces to awarded “protected” status and put on UNESCO’s intangible cultural heritage list.

The dossier will be handed in September to the Ministry of Culture, which is responsible for submitting such applications to UNESCO, the organizers said on Thursday.

The association said it wants to raise awareness both in France and abroad of “the role that bistros and cafe terraces play in bringing people and cultures together, and their role as intellectual and artistic melting pots.”

The new association argued that following the attacks on November 13, 2015, “Parisians crowded onto the terraces… to show that they regarded them as places of cultural cross-fertilization, of freedom and of the art of living.”

The atrocities carried out by gunman loyal to the Islamic State group were the worst such attacks in France’s history and left the capital and wider country deeply traumatized.

Jihadists armed with assault rifles and suicide vests struck outside a France-Germany football match at the national stadium, cafes and bars, and the Bataclan concert hall in a coordinated assault that left 130 people dead and more than 350 wounded.

The association said that the culture of Paris’ world-famous cafes and bistros was increasingly “under threat,” not only from soaring rents in the French capital, but also from powerful multi-nationals in the food and drinks sector.

“In a society that is becoming increasingly standardized, there are still places for families that make a real contribution to popular culture,” said the association’s head, Alain Fontaine, who owns the Masturet bistro, near the city’s former stock exchange.

Similar campaigns have recently been started to put both the French baguette and the iconic green “bouquinisites” book stalls that line the river Seine in Paris — and are said to make up the world’s largest open-air bookshop — on UNESCO’s intangible cultural heritage list. CC