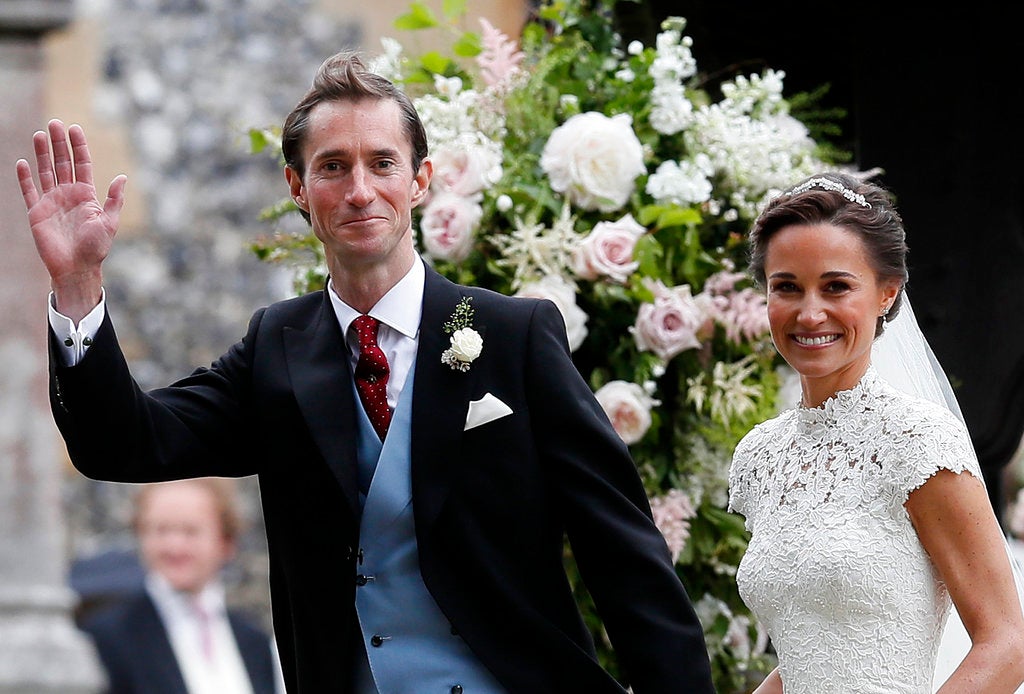 FILE - In this May 20, 2017, file photo, Pippa Middleton, right, and James Matthews smile after their wedding at St Mark's Church in Englefield, England. Middleton revealed in the publication Waitrose the "happy news" of her pregnancy and says she has passed her first trimester. (AP Photo/Kirsty Wigglesworth, Pool, File)

The Duchess of Cambridge’s sister, Pippa Middleton, revealed today that she is pregnant with her first child.

Middleton made the surprising announcement in her latest column titled “Exercise during Pregnancy” for the UK publication Waitrose Weekend. The Sun first broke the story about her pregnancy back in April.

“When I learned the happy news that I was pregnant I realized I needed to adjust my 4 to 5-day-a-week routine,” Middleton wrote in her column as reported by Hello!Magazine.

Unlike her sister, Middleton said that she did not suffer from Hyperemis Gravidarum (HG), also known as morning sickness.

“I was lucky to pass the 12-week scan without suffering from morning sickness,” Middleton said. “That meant I was able to carry on as normal.”

This will be the first child for Middleton and her financier husband, James Matthews. The couple got engaged in July 2016 and were married in May 2017.  Katrina Hallare /ra