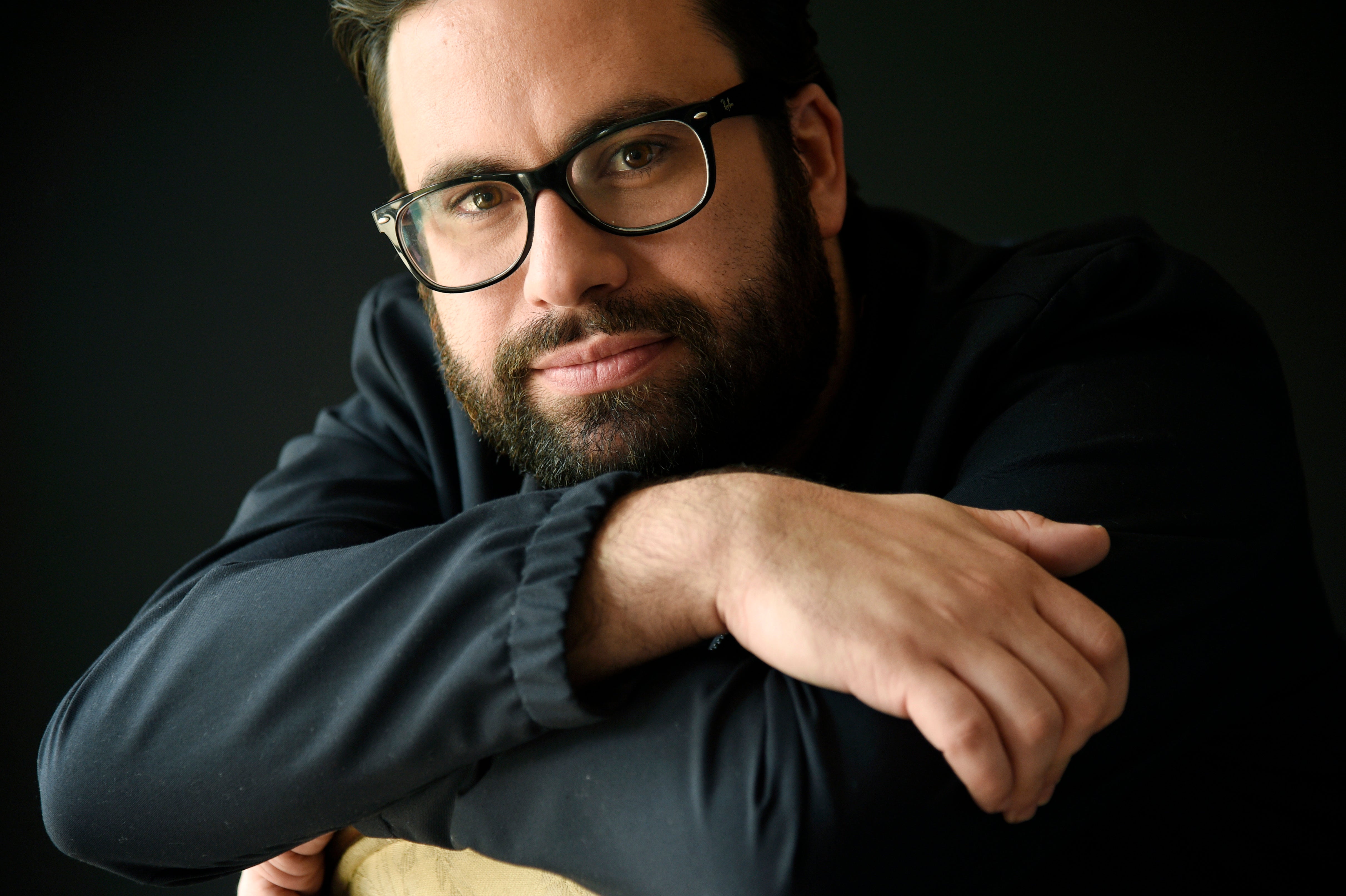 In this May 22, 2018 photo, Brett Haley, writer/director of the film "Hearts Beat Loud," poses for a portrait at the Four Seasons Hotel in Los Angeles. The film releases on June 8. Image: Invision/Chris Pizzello via AP

Brett Haley, the nice-guy director who actors can’t get enough of

LOS ANGELES (AP) — Writer and director Brett Haley knew he wanted a “That Thing You Do” moment in his new music-loving film, “Hearts Beat Loud”, where Nick Offerman’s character hears the song he wrote with his daughter in public for the first time. In 2018 it wouldn’t be on the radio, he thought, but it might make it onto a Spotify playlist that a local bakery would play in the background. And bingo: A perfect, charming moment that is ardently rooted in reality, just how Haley and his actors like it.

“I’m not going to take this to 11 just because it’s a movie,” said Haley, 34, on a recent afternoon in Los Angeles. “Movies don’t often do what would actually happen. They do what’s convenient for the plot.”

It’s his small, John Cassavetes and Richard Linklater-inspired rebellion against the plot-obsessed entertainment industry, and one of the reasons he’s become a favorite director of some of Hollywood’s most respected veteran actors, including the likes of Blythe Danner and Sam Elliott.

“He’s frustratingly young, but he has a certain wisdom. He and his writing partner have the wherewithal to write these really simple human stories,” Offerman said.

That can come with a bit of a downside when it comes to, say, selling the concept to a talent agent.

“There’s no logline. Like, ‘A killer comes to town for one last vendetta.’ It’s more like, ‘Some people are dealing with some stuff and hopefully they find their way to being loved,'” Offerman added. “My agents had a little ambivalence. They were like, ‘I don’t know, is this exciting?’ But that’s his secret. His story lines are not exciting and that’s exciting.”

He has in just a few films, “I’ll See You in My Dreams”, ”The Hero”, and now “Hearts Beat Loud”, opening in select theaters Friday, carved out a unique spot in Hollywood by making intensely earnest films about life, and giving leading roles to talented actors who have either been relegated to supporting roles or a niche they can’t quite break out of.

For Offerman, who has the mixed-blessing of being known for an iconic television role in “Parks and Recreation’s” Ron Swanson, it was an incredible opportunity.

“No one has said I want to write you the lead in my movie, period, let alone this vulnerable, fleshed out guy who gets to sing cool songs with his amazing daughter,” Offerman said.

Both Danner and Elliott had similar reactions to their movies. “Gift” is a frequent refrain among his actors.

Haley doesn’t have big budgets (his latest, and biggest, was just over $2 million). His shoots don’t typically last more than 18 days and he doesn’t waste time on “fancy camera angles,” but he and his writing partner Marc Basch know that good movies come down to writing and performance. He’s also supremely, almost unbelievably, nice (and not just “for a director”). While speaking to students recently at his alma mater, the University of North Carolina School of the Arts, he had one message: “Be kind and be gracious.”

“You’re in a position of power, you’re in a position of privilege, especially as a white, straight male,” Haley said. “Just be good to the people around you: That goes from the craft service person to the actors. Create an environment so that people can do their best work. You shouldn’t have to be a tyrant on set to get what you want.”

And not only do actors like Danner, Elliott and Offerman keep coming back to work with Haley again (each have appeared in at least two of his movies) — they recruit their friends to come along too. Haley met Offerman through Elliott. And he got Ted Danson to play a bartender in “Hearts Beat Loud” through Offerman. Danner, who has a bit role in this film too, calls it a little “repertory troupe.”

“They don’t just write throwaway, supernumerary characters,” Offerman said. “The supporting cast all have something to chew on. That makes it really easy to call your friend Ted and say, ‘it’s just a few scenes, but I think it’s going to be fun.’ And by God it was.”

Now, Haley feels like he’s at a crossroads in his career and is ready to take the next step. His last three films have all premiered at the Sundance Film Festival and he said that, “There are other people who deserve that platform now.” They’ve also all scored well with critics — “Hearts Beat Loud”, at a 96 percent fresh rating on Rotten Tomatoes, is one of his best reviewed — and have performed well at the box office for indie films.

Last year Sam Elliott told The Associated Press that he wanted “The Hero” to do well just simply so that Haley could, “get on with his career.”

“Working for a studio might not work for him,” Elliott laughed. “But you’ve gotta get in there and find out.”

Haley himself wonders if a studio will embrace him and his earnestness. But he’s hoping for a shot.

“I want to make movies that aren’t just about people like me or people who look like me This movie, I think, does that and I think that’s just the beginning,” Haley said. “I don’t have the right to tell every story, but if there are certain stories that I want to tell, I will go through the process of talking to people who’ve had that experience to try to get that right. If I have a platform to make films, you’re goddamn right I’m going to represent things that are not like me.” CC