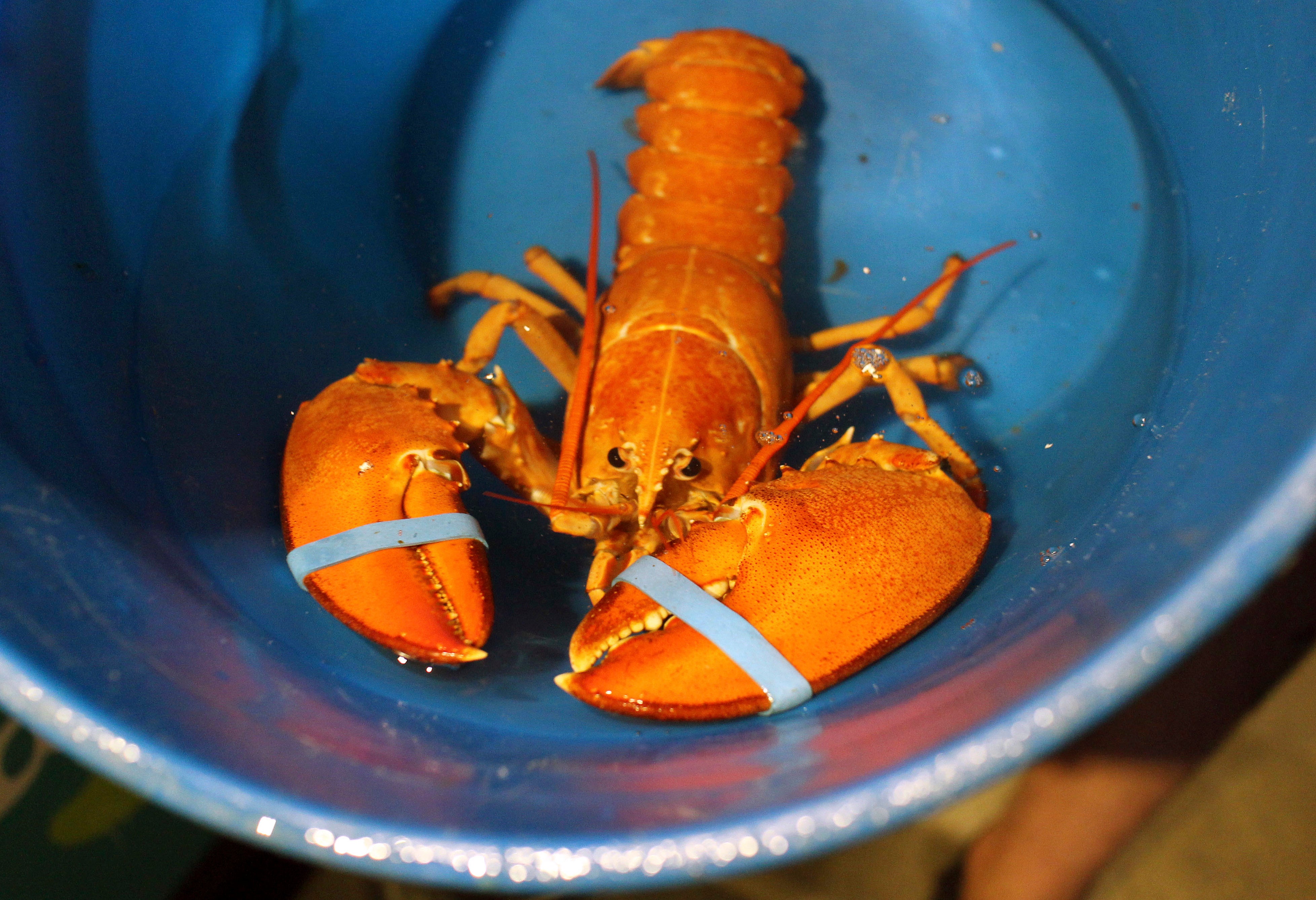 Roche Bros. Supermarkets said in a Facebook post on May 29 workers at their Westborough store found the lobster in a shipment of crustaceans from Cape Breton Island in Nova Scotia.

It has since donated the lobster to the New England Aquarium in Boston.

The Lobster Institute at the University of Maine says the likelihood of a lobster being orange is about 1 in 30 million.

The New England Aquarium says the lobster is about 7 to 9 years old. It says the crustacean is lucky to be alive because its color was “flashing a neon sign” to predators.

The lobster will either stay in Boston or go to another aquarium in Japan. CC

US lobster industry fear weaker shells, but evidence is mixed