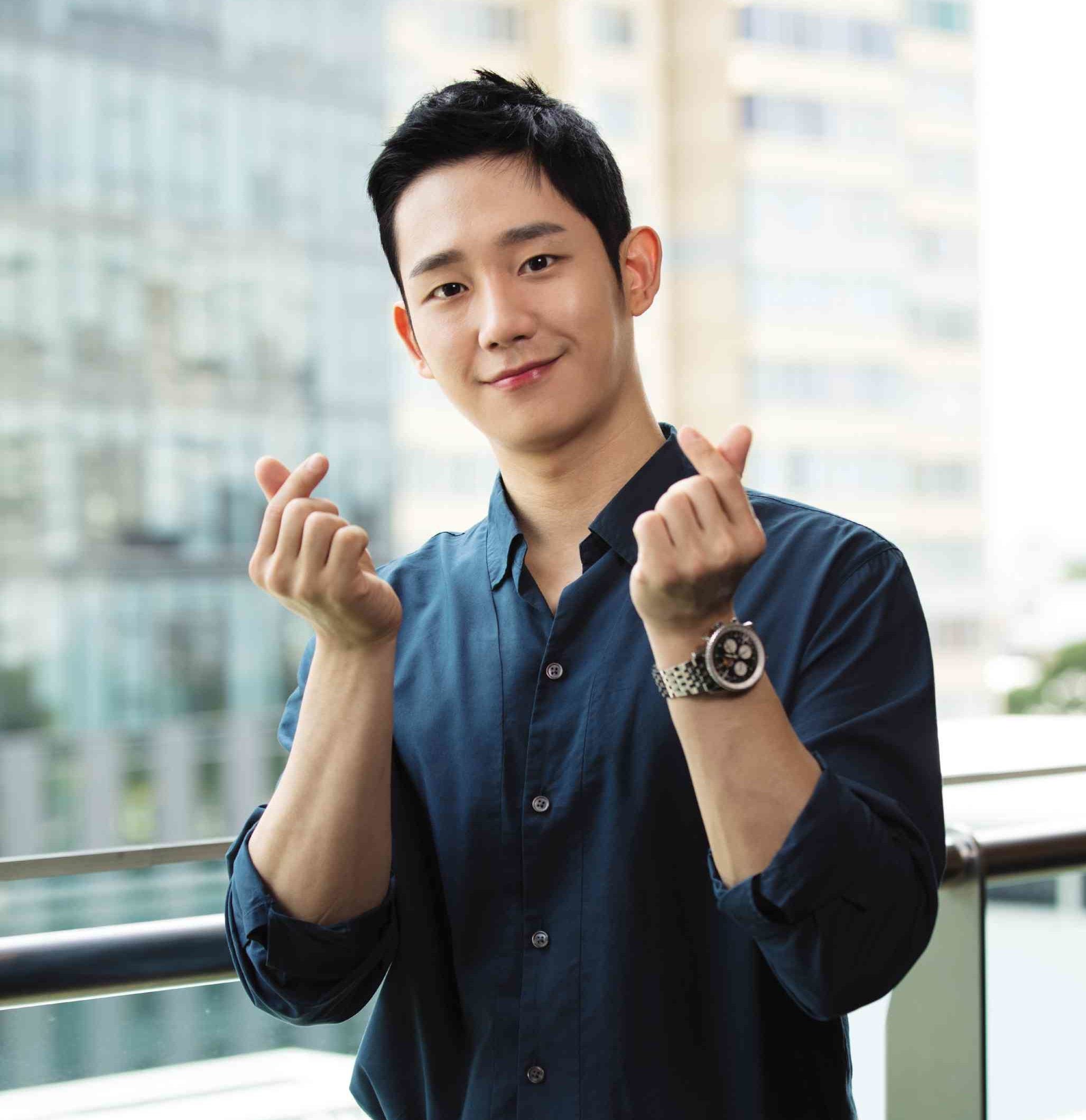 BANGKOK—The doorman of the hotel politely asked Super if we were there to meet “a Korean superstar.”

Jung Hae-In is not yet a superstar, but he soon will be. He is working his way there thanks to his drama from JTBC and aired worldwide through Netflix, “Something in the Rain.” The drama is his first leading role after his appearances in “Blood,” “Goblin” and “While You were Sleeping.”

Thanks to “Something in the Rain,” he is ranked the No. 1 actor last month by a Korean research institute. Second on the list is his leading lady, Son Ye-Jin. Landing in third is Jang So-Yeon, who plays his older sister in the drama.

He is also ranked the No. 1 commercial male model last month. He is followed by actor Gong Yoo and Wanna One center Kang Daniel. The same list includes drama powerhouses Park Seo-Joon on fourth and Park Bo-Gum on sixth.

He recognizes how the drama is a turning point in his acting career. He is grateful for Netflix because it allowed people in other parts of the world to have access to his drama. He is a fan of the streaming site himself. He said that he pays for his own account, including that of his entire family. He revealed that he watched “Stranger Things” and “Luke Cage” in their entirety.

Asked how “Something in the Rain” changed his life, he gave a straightforward answer.

“A lot of people recognize me and they really cheer me on. There is a great expectation for my next drama. I feel a sense of responsibility, but it is a good thing.  I need to carry that weight with me,” he said.

He makes his rounds in Asia for the “Smile” fan meet tour and to promote his drama. Bangkok is his second stop and he will be in Manila on June 30.

“I’m really interested to know how they (Filipino fans) enjoyed my drama and what their reaction to it and their thoughts,” he said when asked what he is looking forward to his upcoming Manila visit.  He added that he found Thai fans to be amazing. “I really wanted to come back again (in Thailand) with another great project to be able to return all the love that I received. I think they have beautiful smiles.”

It’s not his first time in the country, but he treated it like one. He visited Thailand when he was really young, around 20 years ago with his parents.

He arrived at the hotel where the interview would be held, flanked by two event bodyguards who towered over him and two Royal Thai Police who served as his escort. He wore black slacks and a crisp blue polo shirt. He rolled the sleeves of his shirt to just below his elbows. The rolled sleeves was effective in directing your eyes to the only accessory he wore that day—a Breitling Navitimer 1 in steel bracelet.  Resident luxury watch enthusiast Dax Lucas estimated the chronograph at around P550,000.

He has such a small face; this is one of the first things that would cross your mind if you sat facing him. Next is that he has such smooth skin that no pore is showing. It was natural to ask how he keeps himself look young.

“I try to be positive in everything I do. I try to think happy thoughts. I try to be happy with myself. I think the things you have to do in your daily life add up and when things are tough that you frown, slouch, start to walk in a negative manner. Those accumulate to who you are,” he said in Korean.

The actor smiled when asked about his routine on keeping himself fit. He said that he exercises daily even when there is no gym nearby. But he emphasized that discipline in food intake is key to maintain the drool -worthy physique.

“I try not to eat late night snacks.  It is very important. When I drink, I only drink, no food. I eat as little as possible,” he said.

No worries, though. If ever you are going out on a date with him. He’s not going to starve you at all.  He was asked where will he take a foreigner for a date, he said he will introduce her to Korean barbecue. Meat, greens, gojuchang, and Hae-in sounds like the perfect Keto diet.

One of the reasons why the drama is a success is because it is easily relatable to a lot of people, especially women. It is about recognizing opportunities when love presents itself and fighting for your right to be happy.

“Why is it so relatable to everybody? It is not just because it’s Korean. We are talking about love and everybody can relate to it. I think our OST (original soundtrack) also has a lot of things to do with it,” he said.

Fans would be happy to know that the OST for drama is in English and they are the most beautiful love songs.  They are poignant and leave your heart longing for love. It includes Rachael Yamagata’s “Something in the Rain” and “La La La,” Carla Bruni’s “Stand by Your Man” and Alexander Stewart’s “Can’t Help Falling in Love.”

He revealed that his favorite scene in the drama is when his character Jun-hui and Jin-a started expressing their love for each other, like reaching for each other’s hand under the table.  He also admitted that the most difficult scene to shoot was when he sees Jin-a in wedding with another man.

“When an actor finds the right fit, they can act with ease.  So, I realize that for the first time that the right script and that the right drama was very important,” he said.

He also admitted that meeting his leading lady for the first time was very nerve-wracking. He found Son Ye-Jin to be so beautiful that he could not meet her eyes.

“The only thing that matters is to truly trust the other person in the drama. Because once you truly trust them everything else comes naturally. Your reaction, movements, it’s very difficult to come to that point,” he said.

The Korean title of “Something in the Rain” literally translates to “Pretty noona who buys me food.” There’s a lot of drinking, eating, and raining on the show. “Noona” is an honorific way for a boy to call his older sister or older girl that you are close to. It literally translates to “ate” in Filipino, but only boys can use it. It is the female equivalent of “oppa.”

We had to ask if he will he ever date anyone older than him in real life? He is currently 30 years young.

“I don’t think that age is that much of a variable. It is a matter of how much you are in love with that person which is really important,” he said.

“Something in the Rain” is now streaming on Netflix. Visit facebook.com/INQSUPERHallyu/ for your K-drama fix.