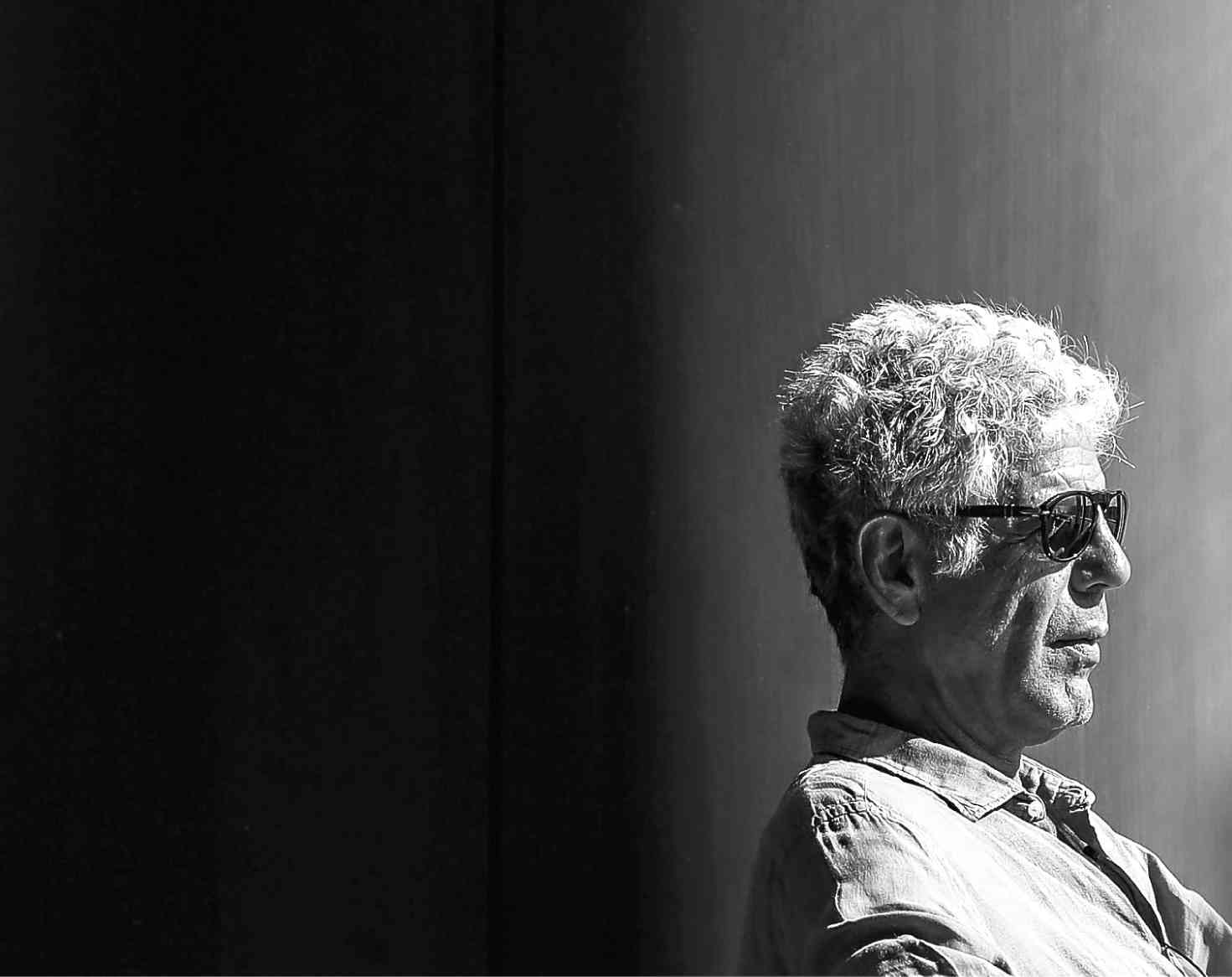 Anthony Bourdain: The coolest dude in the kitchen

It was the World Street Food Congress in Singapore, June 2013. I remember it very well because I came home to my cancer diagnosis after covering it. But this isn’t about me; it’s about the headliner in that event, the inimitable, enigmatic Anthony Bourdain.

Bourdain was in Singapore upon the invitation of the Congress organizer, KF Seetoh, founder of Makansutra, hailed as “Singapore’s Food Ambassador,” and a TV host, author, businessman and foodie. Seetoh had apparently hosted Bourdain on the latter’s recent visit to Singapore, and now, the American celebrity chef and author was returning the favor. Bourdain’s  2000 breakout book, “Kitchen Confidential: Adventures in the Culinary Underbelly,” would forever change the way the world looked at chefs and the culinary world.

Although the event featured other celebrity chefs such as Thai Iron Chef Ian Kittichai, Danish chef Claus Meyer of Noma, and Saveur editor in chief and TV judge James Oseland, Bourdain was obviously the main attraction.

Dressed in blue button-down shirt with rolled-up sleeves, looking very masculine despite his ruddy skin and gray hair, he opened the Congress to thunderous applause, and referred to Seetoh repeatedly as “my friend.”

He spoke clearly, extemporaneously (no notes!), peppering his speech with the occasional bit of profanity. (This was, after all, the guy who wrote in “Kitchen Confidential” about seeing his boss, the executive chef, having sex with the intoxicated bride outside the kitchen during a wedding reception in the seaside restaurant he was working in!)

“I never get sick eating street food,” he declared. “If there’s a line of locals, I’m gonna eat there. They are not in the business of poisoning people.”

He expressed no qualms about sitting in holes-in-the-wall aerated by bus fumes, either, I had written in my coverage of the event; after all, “Poverty is the great engine of gastronomy. It takes deprivation to make chicken feet into something good.”

Ever the rebel, Bourdain didn’t hide his apprehension that too much regulation might destroy the essence of street food—a provocative thing to say in a highly regulated society like Singapore.

He also recalled what may have been the worst meal he ever had, “an awful cheeseburger in a middle America airport. The cook didn’t care; there was no relationship. When someone cooks for you, anywhere in the world, there has to be an intimate exchange.”

After his almost hourlong talk (although it certainly didn’t feel that way), Bourdain gamely posed for souvenir photos and shook several hands—including mine!—although you could sense he wasn’t that comfortable.

Several people walked up to him, reminding him of when they met him here or there, and he simply smiled or said, “Oh, yeah!” in acknowledgement.

In a few minutes, he had put on his sunglasses and was gone. Seetoh had clearly asked Bourdain to add prestige to the event and draw the crowd; mission accomplished.

Years later, in his show “Parts Unknown,” Bourdain would confirm that he had little patience for such ceremony, and enjoyed more relaxed interaction, although he was equally at home in the world’s great kitchens (such as with the renowned Arzaks in their eponymous restaurant in San Sebastian, Spain).

In his last episode on the Philippines for the TV series “Parts Unknown” in 2016, he would again show his disdain for formality when he was stranded in Manila during a typhoon, instead enjoying parlor games in a typical Filipino office party (where he went generally unrecognized), sharing a halo-halo with street kids, and digging into his self-confessed guilty pleasure of sweet spaghetti and Chicken Joy at Jollibee.

Making a bigger name as a writer than a chef in later years, his scripts for “Parts Unknown” were both wry and poignant, hilarious and deeply insightful.

In that Manila episode, he zoomed in on a very Filipino phenomenon, the balikbayan box, and eavesdropped on the family of one of his production staffers’ former nanny, a Filipino woman who had retired and returned home.

He was there when they opened a balikbayan box of Christmas goodies from the United States, and Bourdain’s eyes clearly watered at all the love in the room.

“So, that’s what this episode is really about,” he wrote in his field notes on the show. “It’s NOT about the Philippines. How could it be? There are over 7,000 islands in the Philippine archipelago and I’m pretty sure I’ll die ignorant of most of them. It’s not even about Filipinos —as my experience, however intimate, is limited in the extreme. This episode is an attempt to address the question of why so many Filipinos are so damn caring. Why they care so much—for each other, for strangers? Because my experience is far from unusual.”

On Bourdain’s last visit to Manila, last June, my Inquirer colleague Raoul Chee Kee departed from the usual food questions during a brief one-on-one interview, and asked Bourdain, “What do you keep in your first aid kit?”

Raoul recalls how Bourdain perked up—probably relieved at the change in tack—and responded, “Finger tape for jiu-jitsu, antibiotics, antidiarrhea medication… diarrhea is a regular feature of the road if you travel long enough!”

Despite his wise-ass, street-smart image, Bourdain was evidently not as much of a jerk as he self-deprecatingly claimed to be.

Clearly, however, he had his demons. Last June 8, those demons got the better of him   as Anthony Bourdain, the coolest guy in the kitchen and beyond—and, in my opinion, one of the most gifted food and travel journalists modern media has ever seen—broke the world’s heart and took his own life while shooting an episode of “Parts Unknown” in his hotel room in France.

Hopeline (under Department of Health and Natasha Goulbourn Foundation)