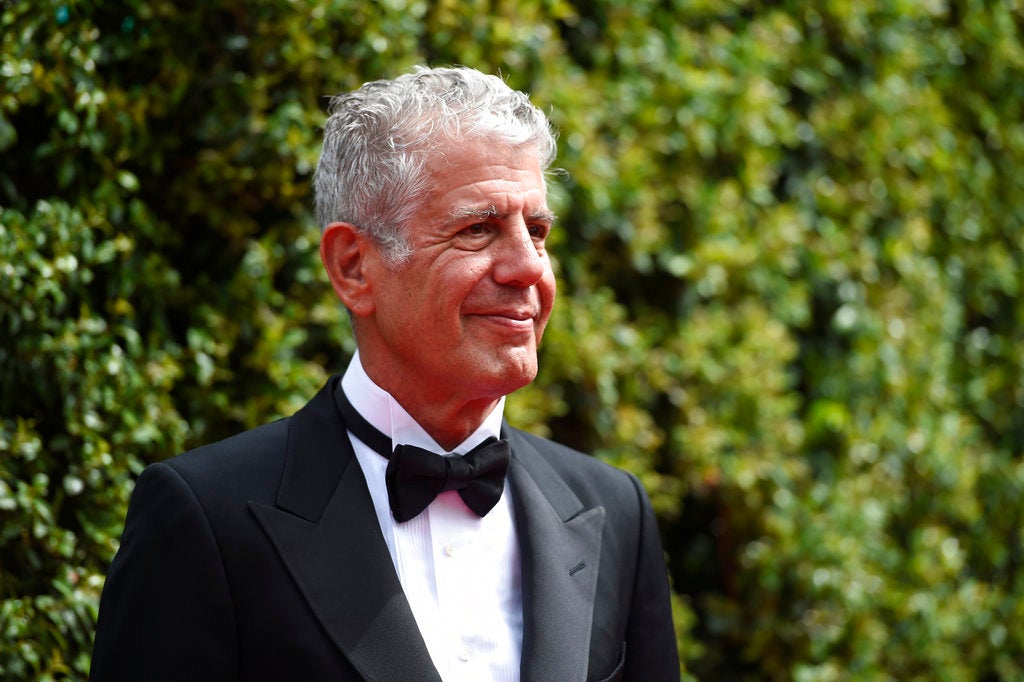 In this Saturday, Sept. 12, 2015 file photo, Anthony Bourdain arrives at the Creative Arts Emmy Awards in Los Angeles. On Friday, June 8, 2018, Bourdain was found dead in his hotel room in France, while working on his CNN series on culinary traditions around the world. (Photo by Chris Pizzello/Invision/AP)

Prosecutor: No evidence of any foul play in Bourdain death

The famed cook, writer and host of the CNN series “Parts Unknown” killed himself Friday in a luxury hotel in the ancient village of Kaysersberg, Christian de Rocquigny, the prosecutor of Colmar in France’s eastern Alsace region, told The Associated Press in a phone interview.

Rocquigny said there did not appear to be much planning in the television personality’s suicide.

“There is no element that makes us suspect that someone came into the room at any moment,” he said, adding that a medical expert had concluded that there were no signs of violence on Bourdain’s body.

Rocquigny said toxicology tests were being carried out on Bourdain’s body, including urine tests, to see if the 61-year-old American took any medications or other drugs, in an effort to help his family understand if anything led him to kill himself.

Olivier Nasti, the chef and owner of Le Chambard, the luxury hotel in Kaysersberg where Bourdain took his life, paid tribute to his colleague Saturday.

“It is with great respect for the leader, the author, the TV entertainer, the visionary Anthony Bourdain that I express all my condolences to his family and to the anonymous people around the world who he made dream so much,” Nasti said in a statement Saturday.

“It is the whole family of French gastronomy that joins me, to renew our deep friendship to our bereaved American brothers,” he added.

Kayserberg Mayor Pascal Lohr told The AP his town is extending its grief “to the entire United States.”

Italian tourist Fulvio Lotti, visiting the town, said, “I felt very surprised and sad of course because I like his show, I like his books … and then to know that he suddenly died in a city where I came for a weekend from Florence, it’s weird.”

Lotti plans to dine at the Chambard’s restaurant, and “I will have a thought about him.”

Bourdain filmed a segment of his show this week at the Michelin-starred Auberge d l’Ill in nearby Illhaeusern, where staff are reeling from his death.

“You actually don’t really believe it. You think it’s probably a fake,” the restaurant’s sommelier, Herve Fleuriel, told The AP, recalling “that great Chef who was here on Wednesday lunch.”

It was one of his last meals. Fleuriel described to the AP what Bourdain ate — goose liver, frog’s legs, fish and pigeon — and a lively exchange Bourdain had with close friend chef Eric Ripert about the wine and food and how to pair them.