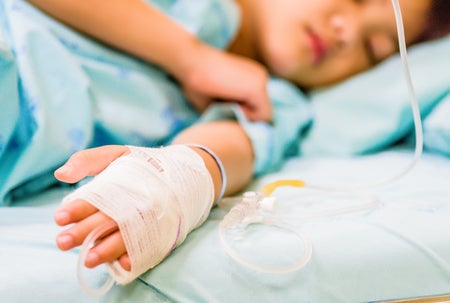 A Chinese father has offered himself as a “bride” to anybody who can help pay for his young daughter’s cancer treatment.

Guo Anchuan is a 45-year-old carpenter from Zigong, Sichuan province and has been struggling for the past five years to cover the cost of his 9-year old daughter Guo Yuting’s medical bills, reports Cover News via The South China Morning Post last June 9.

Yuting was diagnosed with an aggressive form of blood cancer, acute lymphoblastic leukemia, back in 2013. The disease makes her bone marrow produce too many white blood cells.

Anchuan has since borrowed over 200,000 yuan ($31,200) from his relatives, a sum that covered eight rounds of Yuting’s chemotherapy. She seemed to be doing well after the treatment, but suffered a relapse early this 2018. Since then, Anchuan had found it hard to obtain more money, so he decided to be a bride-cum-servant to anyone willing to pay.

“Dignity means nothing to me,” Anchuan said in the report. “I will do anything I can to save my child.”

Anchuan has been seen going around the town wearing a white bridal gown and a veil. In his hand, he carried a wrench. He shared that he chose the strange get-up to make the best use of his exposure, making clear that he will go to great lengths just to save his daughter.

“Seeking marriage to save my daughter,” read the banner beside him on the pavement. “I hope someone with kindness can subsidize me to cover the medical cost of my leukaemia-stricken daughter. I will spend the rest of my life slogging to repay you.”

“Doctors told us that she needs a bone-marrow transplant as soon as possible,” Anchuan was quoted as saying. “And even if the chemo kills all the cancer cells, another relapse would be fatal.”

Anchuan and his wife are now renting an apartment near the hospital so they can spend as much time as they can with their daughter. Cody Cepeda/JB