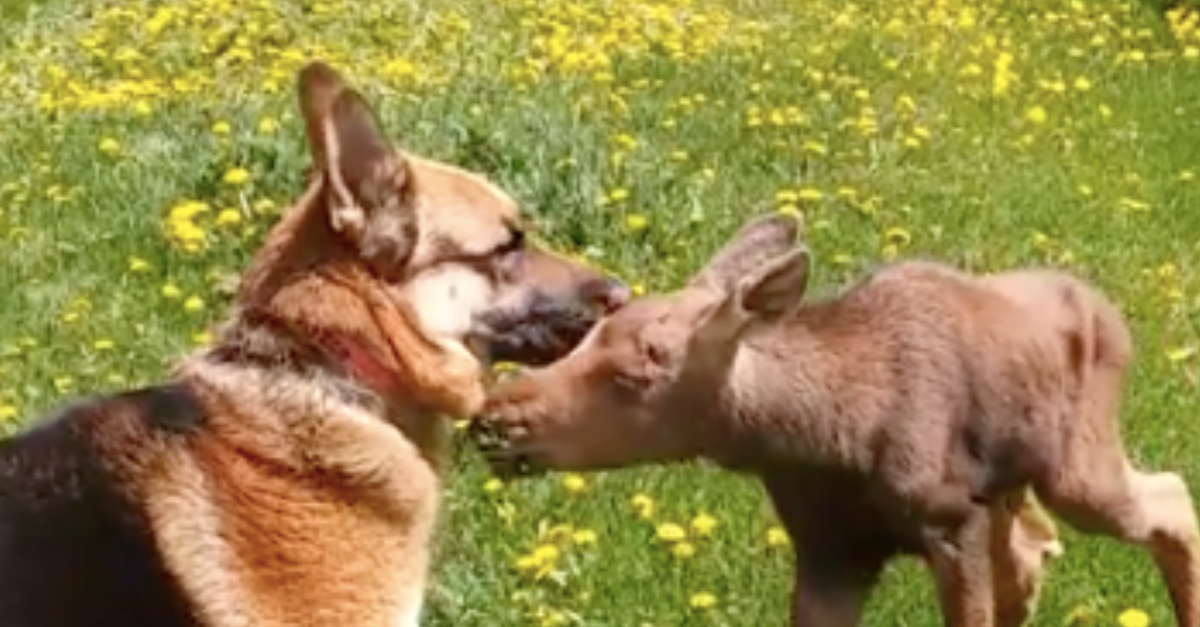 WALLAGRASS, Maine (AP) — A dog and a young moose have forged an unlikely friendship in Maine.

WMTW-TV reports Wallagrass resident Shannon Lugdon and her dog, Leo, spotted the week-old moose alone on Sunday. Wardens told Lugdon to not make contact with the young moose because its mother was probably close by eating.

Lugdon says the next morning she let Leo out for a bathroom break. She says the dog and the abandoned moose quickly became friends.

She says the moose followed her and Leo around all day “begging for attention” and she named it Maggie.

Wardens and a biologist picked the 27-pound (12-kilogram) moose up and took it to the Maine Wildlife Park in Gray, about 300 miles (480 kilometers) south of where it was found. NVG

WATCH: Woman captures dog riding her one-eyed pony on its own