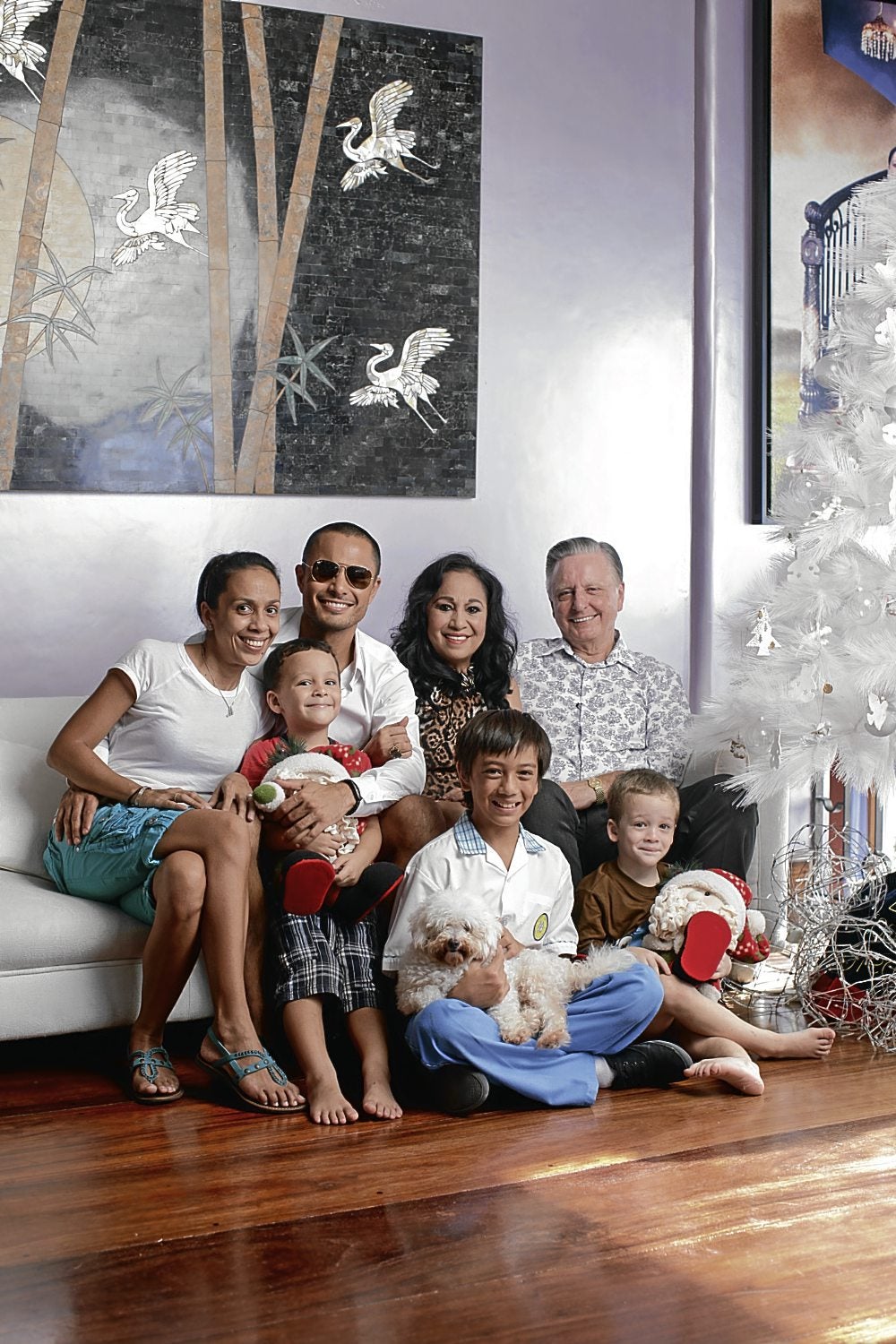 SO HAPPY TOGETHER. Derek Ramsay with his sister Camilla Barclay, parents Remedios and Derek Sr., and nephews Sean, Elian and Dylan all gather in the Ramsays’ Tagaytay residence, as photographed for Cocoon magazine. ALDWIN ASPILLERA

It would start with his mother Remedios’ resplendent décor in October. A giant wooden Santa Claus with his red sack would climb the Ramsays’ balcony; the window ledges and pinewood staircase in their Tagaytay home would be decked with mechanical singing Christmas dolls.

Release and rejoice, delight and indulge, give and receive—that was the message of all of this. It still is.

The Ramsays’ definition of Christmas is cross-cultural—the Filipino Noche Buena and the English Christmas lunch are combined. It’s also multi-sensorial, with the scents of flowering vines from the garden seeping into the air and the cold but calm Tagaytay mist creeping into the household.

The family was recently photographed at home for the December-January issue of Cocoon Magazine, now out in selected newstands and magazine outlets.

Derek underscores the importance of family and the power of a holiday whose strongest sentiments center on children and the recollections of childhood. His mother, Remedios Ramsay, maintains that with the actor’s hectic schedule, it’s difficult to nail her son the rest of the year. But from Dec. 24 till the first week of January, the celebrity is focused on family.

At the onset of his show-biz career, Derek told his manager that he was not going to work on Christmas.

“That’s a part of me that cannot change. Christmas is big time for our family. I’ve sacrificed so much by being away from home throughout the year. I don’t want to miss my nephews growing up. I want to spend as much time with my parents.”

The house is filled with Christmas dolls, tinsel and wreathes. As little Sean Ramsay Barclay, Derek’s nephew, stamps his foot, the granny doll sitting on the chair starts to rock and sing, “You’d better watch out, you’d better not pout…” Remedios remembers that when Derek was younger, he would be afraid of that doll.

Derek recalls, “In the evening, when everyone has gone off to bed, you turn off the lights, you’re walking up, then suddenly the grandma would start rocking and the music would play, ‘You’d better watch out!’ It still freaks me out.”

Today, all the animated Christmas dolls entertain the five Ramsay grandchildren. “My wife insists on Noche Buena,” says Derek Arnold Ramsay Sr. “Everyone wants to go to bed but we sit there till 12—the chocolate, the chicken, lugaw. Then everybody goes to bed.”

Derek says that as children they start behaving around November.

“We do the whole Santa Clause thing. All of us sleep here. I still put out my pillowcase outside of my room. You can’t put much in stockings. Sometimes we put duvet covers,” he says with a chuckle.

“We write Santa Claus and give it to my dad. It’s the gift that we personally want which is totally different from what my mom and dad would give us. They would put their gifts underneath the Christmas tree. For Santa, we leave some milk and biscuits. My dad wakes up at 3 or 4 a.m., sneaks outside each one’s bedroom and puts in the gifts in the pillowcases.” Santa hauls in a luggage of presents.

Everybody wakes up at the crack of dawn, the Ramsays gather around Derek Arnold Sr. and Remedios’ room. They open their gifts from Santa. Last year, Derek excitedly woke up and looked at his pillow.

“I saw a piece of paper. It was a receipt for a whole body kit of a car. I had to pick it up myself.”

“One rule in the house is no rice on Christmas Day. We eat potatoes.”

Since Derek can’t live without rice, he goes to the bottom of the garden and cooks.

The family opens the rest of their gifts and gets ready for the annual family vacation. Last year, they all went to Palawan; this year, it’s Bellaroca.

“You won’t believe it. It’s Christmas when Derek brings four or five hangers-on,” says Ramsay Sr. “Some guys come here because they don’t have mom and dad.” 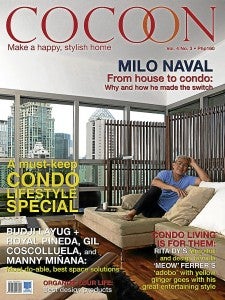 Derek explains, “Ever since I was a kid, my mom would wonder, ‘What is wrong with my son?’ I would bring home the losers—the ones who get bullied or the underdogs. They become my close friends.  Growing up with a happy family and spending Christmas every year, I’d feel bad for them. So I would ask them if you don’t have family, come spend Christmas with us. This year I have five coming with me. My parents always welcome them with open arms.”

To the Ramsays, the spirit of goodwill doesn’t have a season. Each member will describe in his own way how he genuinely holds one another in his heart-far more expressive than the presents.