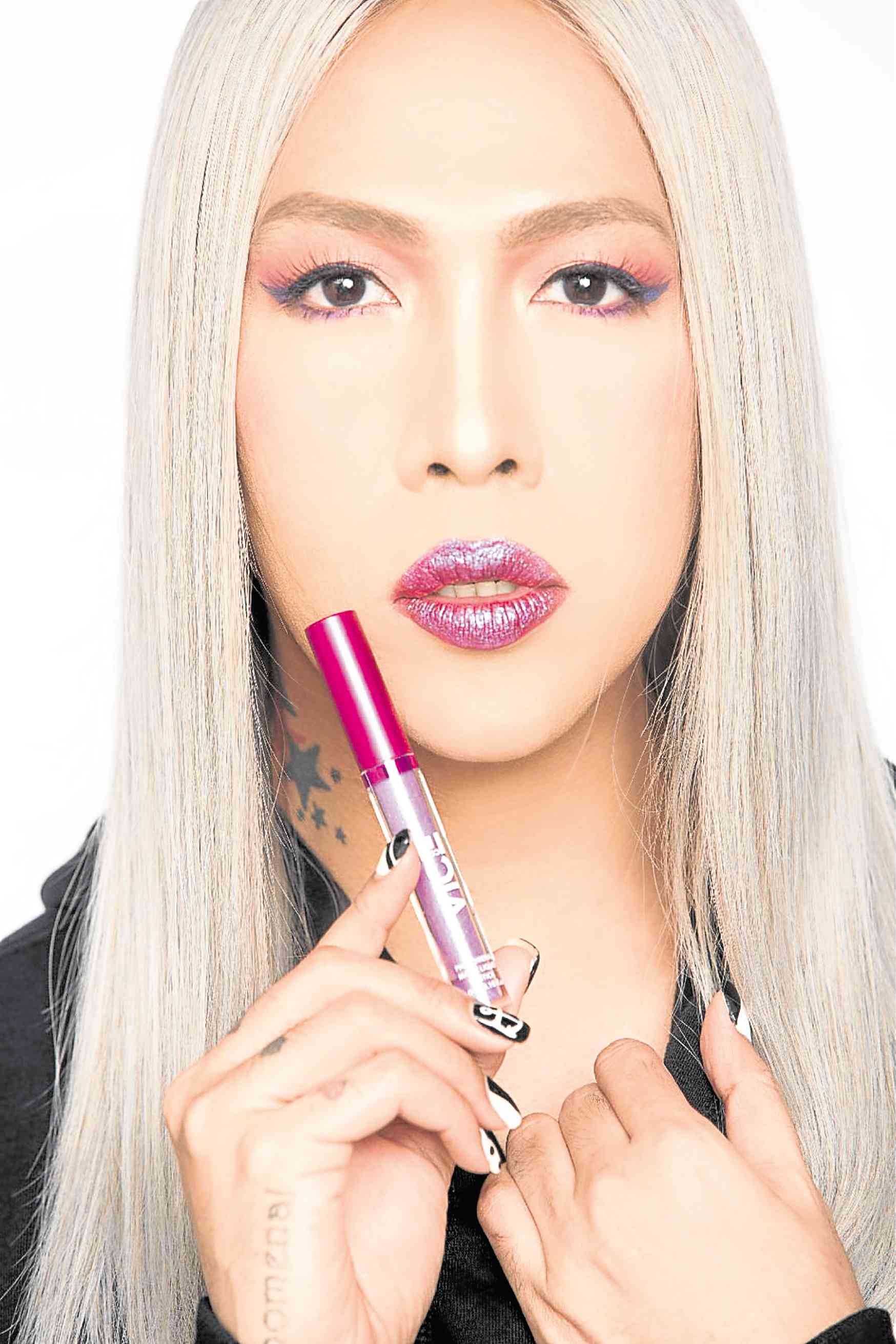 When he first burst onto the scene, Vice Ganda and his flamboyant, larger-than-life personality caught the attention of Filipinos drawn to spectacle. It was the actor, comedian and TV host’s self-deprecating humor, however, that endeared him to the masses and made him more approachable, something akin to a gay best friend.

His antics on his TV show and blockbuster movies may have seemed outre and even off-putting to some, but viewers continued to watch, transfixed.

The people behind Vice Cosmetics saw no problem with having an openly gay man as the face of the brand. Vice was the only celebrity they considered when they were conceptualizing Vice Cosmetics.

“He was the only one we wanted,” said Jon Lim, one of the partners and the person in charge of finance.

Vice is not the first LGBTQ celebrity to front a makeup brand, but he is one of its most recent.

In 1994, 24 years ago, drag superstar RuPaul Charles became the first celebrity endorser (with k.d. lang) of MAC Viva Glam, the first lipstick created to raise money and awareness for AIDS.

For quite some time now, MAC has worked with Fil-Am makeup artist Patrick Starr. His latest five-piece collection, his third for MAC, is Diva Feva and includes an eyeshadow quad with one shade named Mabuhay (burnt peach with flecks of gold).

In the Philippines, this move to sign on LGBTQ celebrities to frontline a makeup brand has been a long time coming. Colourette Cosmetics recently collaborated with Joey Mead King and Angelina King on a collection of eight lip tints and two highlighters launched in time for June, Pride month.

After graduating from university, Vice Cosmetics’ Lim and his wife Cathryn Lao, took up further studies in the United States. While there, they learned to work with different people with different mind-sets.

“My MBA (master of business administration) classmates had diverse backgrounds or came from different countries. We had our own viewpoints but we listened to one other. I realized then that there wasn’t just one way to arrive at a solution,” Lim told Lifestyle.

A serendipitous meeting with Vice in March 2017 set in motion what is now one of the most successful local makeup brands with over a million units sold since the launch of Vice Cosmetics last October.

“Vice had been wanting to come out with his own makeup line and we were really hoping we could get him to be our endorser. We presented our concept to him and he agreed, but with one condition,” Lim said.

Changes were made and now each lipstick is pegged at P195.

Vice Cosmetics has succeeded in catching the attention of millennials whom Lim described as “the most inclusive and progressive generation relative to the generations that preceded it.

“It’s unsurprising that the brand’s message of ‘Ganda for All’ resonates with our target audience. We want to be the thought leader in terms of driving this conversation revolving around diversity and inclusivity. Having Vice Ganda as a founder unequivocally hammers home this point,” Lim said.

A collaboration between Vice and stylist Bang Pineda has resulted in a limited edition of lipsticks with glittery toppers. New products are in the pipeline for Vice Cosmetics including eye makeup, foundation and face powder.

This much is true: the cosmetics world is continually evolving and Vice Ganda as the face of a makeup brand is just the beginning.