To be a father is our choice | Lifestyle.INQ ❮ ❯ 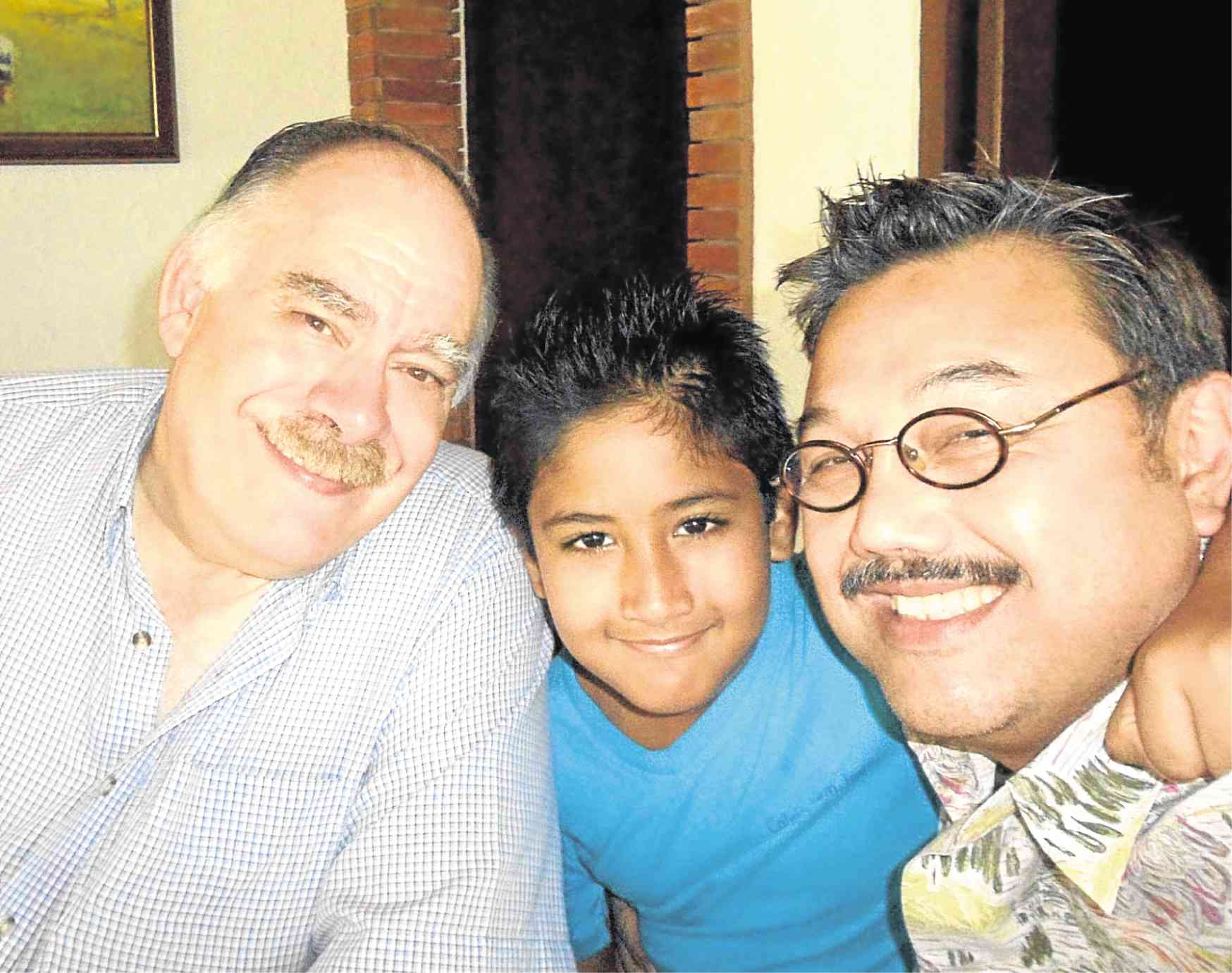 Bob Miller (left) and Ito Curata with their son Taj

To be a father is our choice

To say we had an initial, well-thought-out parenting style would probably be less than truthful.

Although we had always wanted to have a child, we assumed that we were too old to be parents. So, when Taj came along, we were somewhat unprepared, and our initial approach to parenting started off as trial-and-error.

But after six months, we came up with a list of principles that we agreed we would try to follow in raising him.

First was honesty and truthfulness. When he was about six or seven, we told him that we would always be honest and truthful with him. And this included the details surrounding his birth and our decision to make him a part of our lives.

We had seen too many cases where this type of information had been kept from kids, who turned out to have serious sociological and/or psychological problems. We wanted to avoid this.

We also told him that he could ask us any question, and we would respond in an honest and open manner. This even included questions about his birth mother and how he came into our lives.

We also pledged that we would spend as much time with him as we could. We didn’t want to be absentee parents. We regularly take him on Sunday trips, plan movie nights, and expose him to things like concerts and other cultural events, hotel stays, airplane trips, weekend vacations and etc.

We also explained to him that, unlike some parents, we would not use corporal punishment. We explained that misbehavior would be dealt with by taking away TV and computer time, and imposing time-outs in his room.

We also wanted him to see “the other side of life” since many people do not have the advantages he has. So, we regularly take him on feedings with our group, Angels to Street Kids (ASK). He is the group’s youngest member.

Over the years, he has gone to poor barrios in Tondo and other places in Metro Manila, orphanages, the women’s prison, senior citizen gatherings, specialized care facilities for children with special needs, as well as similar organizations.

We also decided early on to encourage him to have multiple interests. He is active in school, sings in the choir for church services, plays basketball, loves to swim, likes cooking, is a Boy Scout and, of course, plays video games.

We also wanted to instill in him Filipino values such as love of country, family and traditions.

And finally, we wanted him to understand fully that he is loved unconditionally as our son.

Several times we have been at a party where a family member introduces the birth children as “my children” and then introduces “the adopted” child. We would never make that distinction.

There are a couple of funny stories.

On our first day with Taj, we were overjoyed to have him, but then reality set in and we realized we were totally unprepared to have a child in our home.

So, we immediately went to  SM, explained that we had just taken in a child and had no idea what we needed to do or buy.

We were joined in the store by a male friend—the scene probably looked like the film “Three Men and a Baby.”

After the salesclerks stopped laughing at our situation, they gathered their fellow employees and we went through the baby section listening to their advice and filling baskets with necessary items.

We laughed when our friend pulled us over to the children’s section to ask us whether or not we should buy a bike for the baby. We really had a lot to learn.

Another time Ito went to Taj’s school for a father/son athletic event and had to compete with other men who were in their early 30s.

These men were half his age, and in two of the games, Ito fell on his backside, much to his embarrassment. He decided then and there that he would have to be more selective in choosing the games he took part in.

How becoming parents changed our lives

First and foremost, it has filled a void in our lives. There is nothing more special than the unconditional love that exists between a parent and his/her child.

Also, we used to think only of ourselves when planning our day, week or the future. Today, given his school and extracurricular activities, our planning is much more involved and he has to be an integral part of that planning.

We also can’t just do everything we want. When Ito went on a month-long trip with his sister and niece, Bob couldn’t go along because Taj was in school and we didn’t feel comfortable leaving him with the help for a month.

But this posed no problem for Bob; it gave him some special one-on-one time with Taj.

What others learn from our unconventional family

Anyone can be a parent as long as you are able to love a child unconditionally. And as we have told Taj countless times, families are made up of various permutations—especially here in the Philippines where there are so many absentee OFW parents.

There are families made up of mothers and titas, fathers and lolas, a tita and a lola, and etc. It may not be a perfect arrangement, but as long as the people in the arrangement love and care for each other, that’s all that matters.

Having Taj in our lives definitely completes us. —CONTRIBUTED

Robert “Bob” Miller is an American who retired as an executive vice president at Visa after more than 30 years with the company. Ito Curata is a fashion designer who has been in the business for 30 years. They met nearly 40 years ago in San Francisco where Bob was working and Ito had just graduated from college. When Bob took an early retirement in 2000, the couple decided to live in the Philippines and built a home here in 2004. Robert “Taj” Curata came into their lives in 2006 shortly after his birth.