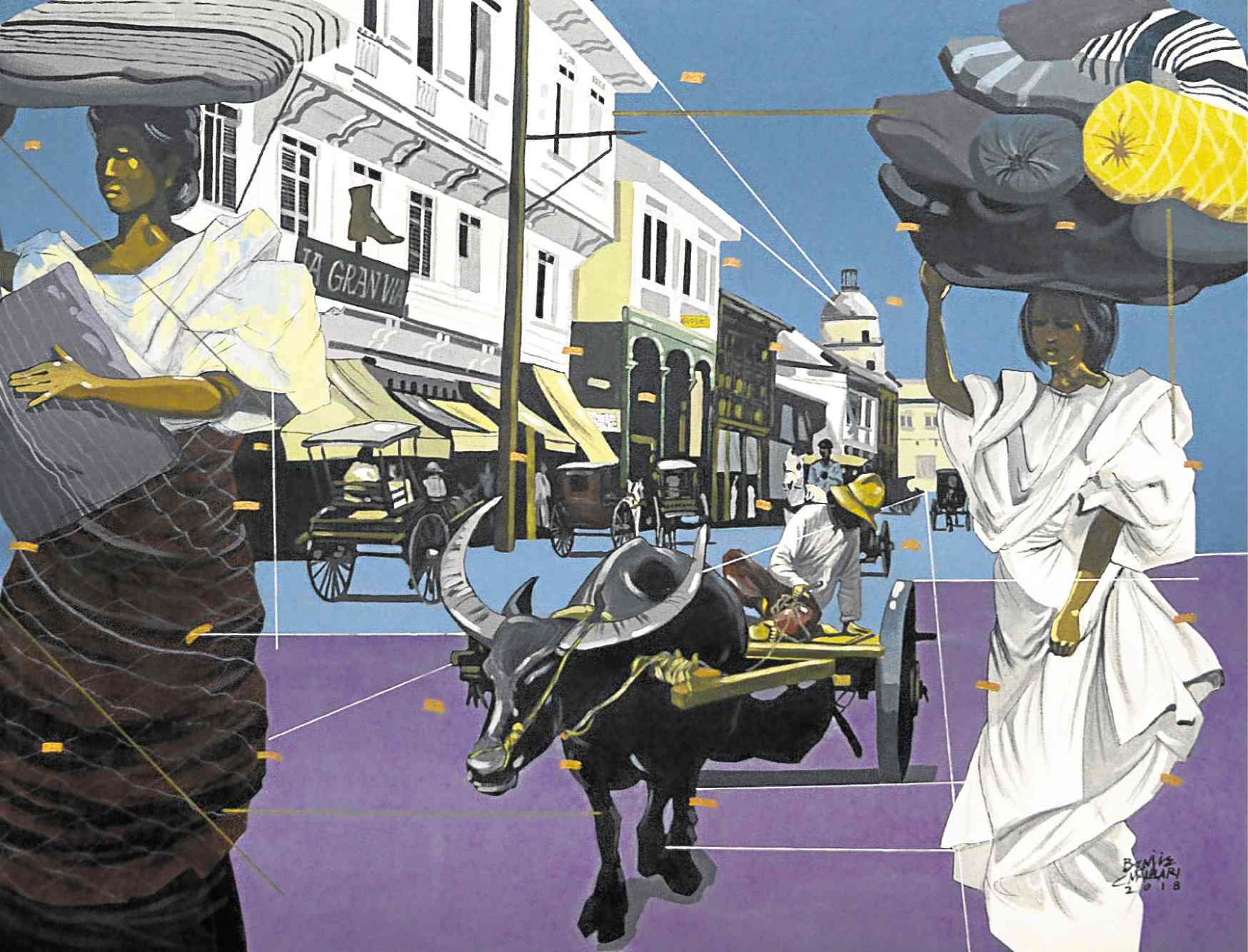 “Once Upon a Time in the Street of Quintin Paredes”

The nostalgia of old Manila is what artist Benjie Mallari seeks to evoke in “If I Had a Time Machine,” his solo exhibit that will run at Galerie Joaquin Podium on June 21-30.

Mallari said his art supports the gentrification of old Manila so as to preserve it amid the urban jungle.

Mallari does not simply recreate the glory days of Manila, he reveals a feasible future for it.

Mallari’s artistic sensibilities go back several decades. A former art director of Meralco, he did cartoons of the daily opposition paper Ang Pahayagang Malaya during the Marcos dictatorship.

Mallari, now based in Baguio, also designed the centennial calendar of National Artist Fernando Amorsolo, and jacket covers of albums of works by National Artist for Music Lucio San Pedro.

Mallari has a degree in fine arts major in advertising from the University of the East.
—CONTRIBUTED